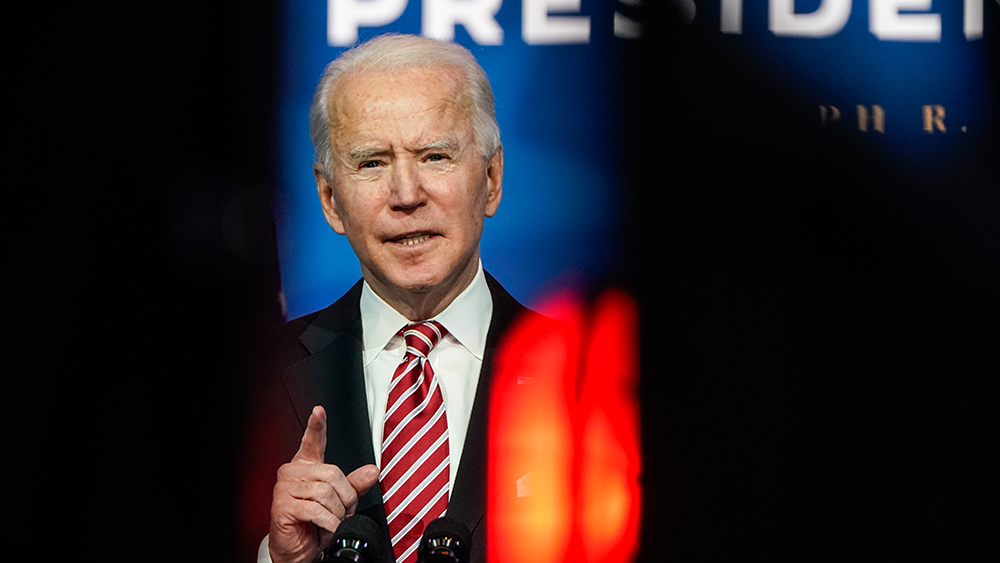 (Natural News) The World Health Organization (WHO) is finally coming clean about the PCR (polymerase chain reaction) testing scandal that resulted in untold millions of people falsely testing “positive” for the Wuhan coronavirus (COVID-19) – but only because Joe Biden has now been coronated as “president.”

All throughout 2020 with President Donald Trump at the helm, PCR testing protocols were fraudulently calibrated to perform an excessively high number of cycles. The higher the number of cycles, we learned, the more “positive” results were generated.

This was clearly done on purpose to make Trump look bad, and to justify locking down the country in order that Trump’s high-performing economy was shot to dust. Now that the Biden regime is occupying the White House, however, everything is magically changing for the better.

Suddenly the WHO and other health “authorities” are admitting that PCR testing is not being done correctly, which has been known for a while now.

“The cycle threshold (Ct) needed to detect virus is inversely proportional to the patient’s viral load,” the WHO admitted in a statement released not even an hour after Biden was “inaugurated.”

“Where test results do not correspond with the clinical presentation, a new specimen should be taken and retested using the same or different NAT technology.”

In other words, if an individual tests “positive” but does not show any corresponding symptoms, the high Ct value produced is more than likely incorrect and needs to be adjusted.

So coronavirus was a political weapon after all

This is the type of information that, in a fair and honest world, would have been revealed months ago while Trump was still recognized by everyone as being in office.

Heck, The New York Times knew about it back in August, having published an article revealing that upwards of 90 percent of coronavirus test results in at least three states did not in any way correspond to active illness.

The left’s response was that these were merely “asymptomatic carriers” of COVID-19. Asymptomatic spread, however, is not a real thing and appears to have been used merely to drum up fear about the plandemic.

Many epidemiologists warned that PCR test cycles were calibrated too high. However, it was not yet politically expedient to make any changes until Jan. 20 when Biden was “sworn in” as America’s “46th president.”

Keep in mind that Anthony Fauci, a television “doctor” whom many leftists view as the “god” of the coronavirus plandemic, admitted roughly a year ago that “asymptomatic carriers” do not contribute to disease spread. This narrative later changed, though, when it became apparent that the plandemic could be weaponized to tarnish Trump’s reputation.

Fauci also knew back in July that the PCR test cycle count needed to be reduced to pull up more accurate results. Even so, he refused to do anything about it, playing a complicit role in the perpetuation of coronavirus hysteria.

As it turns out, any PCR test that shows a positive in the absence of symptoms is meaningless if the Ct was set at higher than 30 – which nearly all of them were while Trump was still in office.

“When you think about the lengths the permanent fusion party had to go to, to get their candidate over the finish line: constant media bombardment against Trump, nationwide lockdowns, social media blackouts, election fraud, false flag events, and a militarized inauguration, I have to imagine it’s a pretty fragile win,” wrote one Zero Hedge commenter about the fiasco.

More of the latest news about the Wuhan coronavirus (COVID-19) and how it is being retooled under Biden can be found at Pandemic.news.