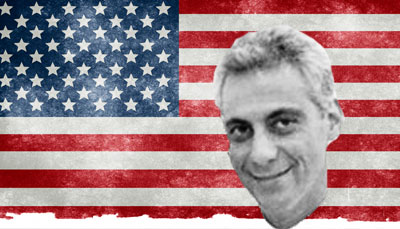 Does anyone else get the feeling the Joe Biden’s first term is Barack Obama’s third term? All of the players appear to be the same as it’s reported that Biden is eyeing “never let a good crisis go to waste” Rahm Emanuel for an ambassadorship in this new administration.

The State: Use an Existing Crisis, or Create One

Emanuel has been neck-deep in scandals and corruption since day one as a politician, not that all other politicians aren’t at least somewhat corrupt.  But Emanuel is terrible at hiding what an actual psychopath he is, famously saying “never let a good crisis go to waste” about taking basic human rights away from people.

Brandon Smith: “A Full Spectrum Crisis Is About To Take Place… Public Will Be Completely Distracted While The Elites Push Their Agenda”

Emanuel, who became White House chief of staff when Barack Obama took office as president, has a reputation as a sharp-tongued political street fighter. He is a tyrant who seeks power over others and isn’t ashamed to admit he wants to be the master. If you still think this is a “free country” I suggest you wake up sooner rather than later. Before much longer, we won’t be able to do anything about this totalitarian enslavement of the human race by the ruling class.

Biden is considering Emanuel for a key diplomatic position as administration officials look to fill dozens of vacancies in capitals across the world, with decisions expected in coming weeks.  A tyrant for every position.

Another person familiar with the discussions said Emanuel’s name had also been floated internally for U.S. ambassador to Israel. But, this person said, the idea was deemed unworkable because of Emanuel’s notoriously rocky relationship with Israeli Prime Minister Benjamin Netanyahu, dating to his time as Obama’s chief of staff.