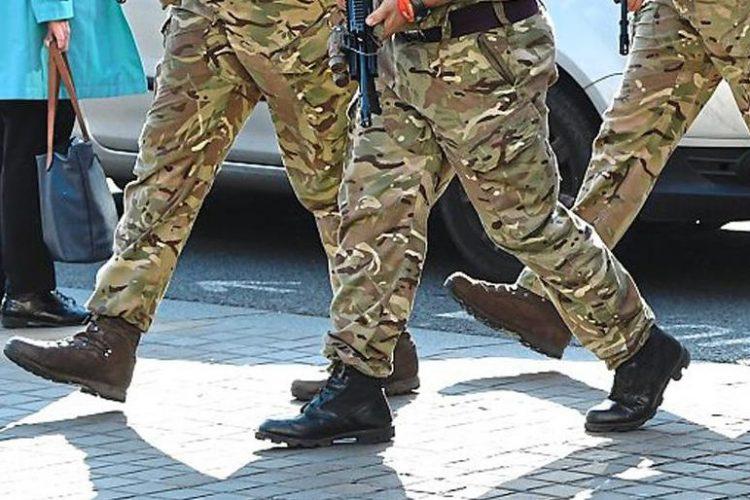 The Biden administration has already been dubbed the most radical in American history. Barely in office for three weeks, Biden has issued nearly fifty executive orders, which shows he intends to rule by fiat opposed to governing by the constitution. Newly confirmed Defense Secretary, Lloyd Austin, has just taken a radical move to eliminate extremism in the ranks by ordering a 60 day stand down of  U.S. military forces. This is concerning because the radical left does not hide who they consider to be extremists. Gun owners, constitutionalists, and those who oppose illegal immigration are on the top of the list. It would be safe to say that pretty much anyone who disagrees with the left-wing world view would be considered a hateful white supremacist. Is there a larger agenda? Is it possible that they are seeking to create a more ideologically aligned military by removing anyone that disagrees with the Biden administration? Unfortunately, this is what leftists do.

If anyone ever doubted that the government intended to strip Americans of their second amendment rights, they need to pay attention to H.R. 127. This bill is the motherload of all gun control. People should consider the possibility, as this bill moves through Congress, that the Biden administration may intend to purge the ranks of those that would refuse to participate in a gun confiscation scheme. In the minds of most Americans, this is wild conspiracy theory territory. There is a precedence, however, to be alarmed by a Secretary of Defense who refers to people of differing beliefs as extremists. Especially when that defense secretary is part of Obama’s third term and conservatives are now being portrayed as the biggest threat to national security.

President Obama drew much unwanted attention to himself when it was alleged that he had issued a litmus test to certain military commanders asking if they were willing to fire upon American citizens. To be fair, and for purposes of this writers own credibility, this claim was made by Dr. Jim Garrow who refused to give up his source. Garrow has made other claims in the past that have failed to materialize. With this being said, it is not out of the question that the test was given considering Obama’s hatred of the second amendment and the military. There is no doubt that there was a purging of the ranks if you disagreed with Obama over issues of homosexuals and transgenders in the military and, women serving in combat rolls. Whether or not this controversial litmus test was given, however, remains unproven speculation based on hearsay.

TRENDING:  Destroying God in the Minds of Men
take our poll - story continues below
Completing this poll grants you access to DC Clothesline updates free of charge. You may opt out at anytime. You also agree to this site's Privacy Policy and Terms of Use.

Such a survey does exist and in fact, was given to 300 Marines at the Marine Corps Air Ground Combat Center (MCAGCC) in Twenty-Nine Palms California in 1994. Exactly one year before this writer joined the Corps as a matter of fact. The forty-six-question survey was devised by Lieutenant Commander Ernest Guy Cunningham, U.S. Navy, for the purposes of writing a thesis in pursuit of his Master of Science degree. The intent was to analyze the attitudes of U.S. service members and their willingness to participate in non-traditional missions which mostly revolved around the U.N. being in command of U.S. troops. There were also questions pertaining to a willingness to take part in missions on U.S. soil as well. Cunningham stated that he was surprised to see that 85% of marines surveyed were willing to be assigned to missions that violated the posse comitatus act. In other words, they were willing to act in a law enforcement capacity, policing America’s streets.

Question number 46 is the big one. It asked if marines were willing to fire upon U.S. citizens who refused to follow orders to surrender personal weapons in the event of a gun ban. While the majority said no, 26.2 percent agreed they would, and 12 percent had no opinion. You might as well add them to the agree column and kick that number up to 38 percent.  That is one hundred fourteen out of three hundred marines that agreed, as far back as 1994, that they would confiscate guns from Americans and, fire upon those who refuse to comply. For people that think the military would never turn on U.S. citizens, there are 8,413 marines in Twenty-Nine Palms. Thirty-eight percent is 3,196. Thirty-eight percent of two million is 760, 000. What would those numbers be now? Perhaps the biggest take away from this survey is the realization, at least back in ’94, that a breakdown of unit coherence would occur if sent on such a mission.

Lt. Commander Cunningham claimed to be a strident constitutionalist who came up with this survey to test the attitudes of marines towards non-traditional missions. Where did he get the questions from? Was he just observing the direction the country was going under the Clinton administration or, was there more to it than that? Looking at the survey, those questions are pretty specific. Is it possible that he was directed by another source to give this survey? That is pure speculation and a question that will likely never be answered. The thesis he wrote, according to The New American Magazine, indicates that he believes there is a legitimate role for the U.S. military in non-traditional missions and, that he believes the president has the authority to place troops under U.N. command. One thing is for certain, however, after eight years of Obama purging the military of patriots, and the constant drumbeat of leftist indoctrination in our schools, these numbers, should a survey like this be given again, would certainly be higher. Not only a little higher, but likely much higher.

Read the rest at Defense Of Our Nation

David Risselada earned his Master’s degree in professional writing from Liberty University and has a Bachelor’s degree in social work. David is the author of two books. Psychopolitics in America: A Nation Under Conquest and Not on My Watch: Exposing the Marxist Agenda in Education.
Share
Tweet
Share
Pin