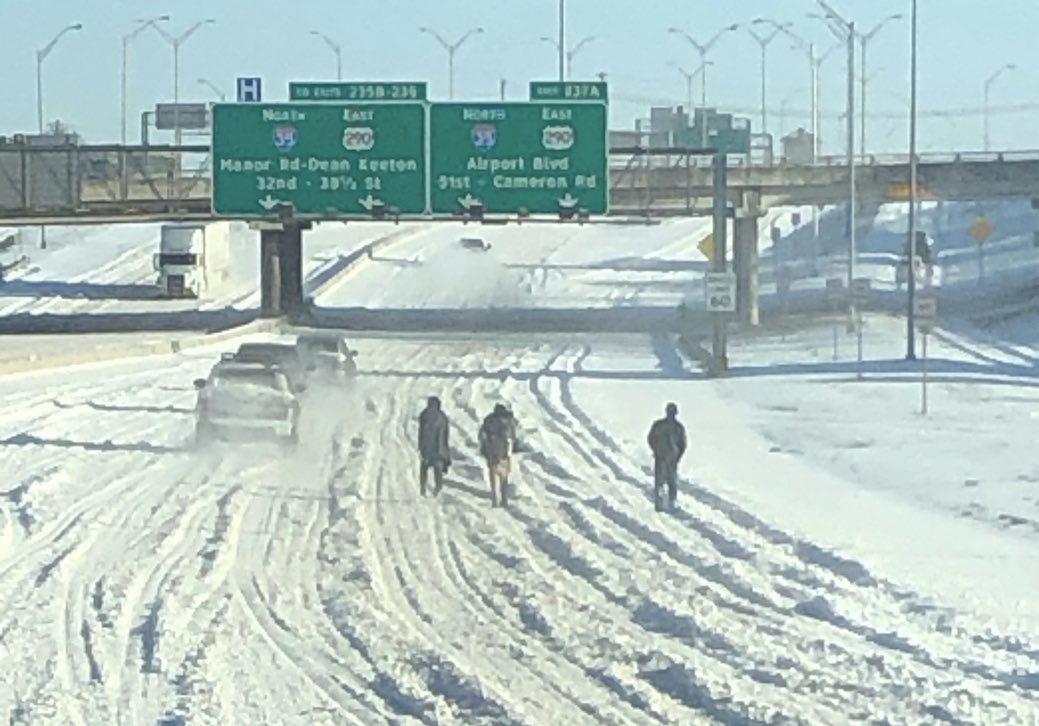 What would a severe long-term crisis look like in this country?  Despite all of our advanced technology, record cold temperatures have brought much of the U.S. to its knees.  There has been an epic failure of the power grid in Texas, countless pipes that were not designed to handle such low temperatures have burst, and millions are without power and have no way to heat their homes right now.  In fact, we are being told that 4.5 million people in Texas alone were without power on Tuesday…

Extreme energy demand and overloaded frozen utility plants amid an unprecedented deep freeze in Texas are among the factors that led to nearly 4.5 millions customer without power in the Lone Star State on Tuesday, experts say.

Outages spread across Texas left millions in the dark and bitter cold amid single-degree temperatures and a winter storm that buried the state in snow and ice in recent days.

“No matter which way you cut it, this is a massive failure for a grid and a state that holds up energy and electricity as a shining example,” said Varun Rai, the director of the Energy Institute at the University of Texas at Austin.

Most of Texas is on a power grid that is independent from the rest of the nation, and this crisis has exposed how extremely vulnerable that grid can be during an emergency.

Unfortunately, it appears that the cold weather is going to persist for a while, and CenterPoint Energy is telling residents in the Houston area to prepare for “several more days” of power shortages…

CenterPoint Energy, the utility that delivers electricity to Houston-area homes and distributes natural gas, provided an update on the ongoing grid chaos in Texas with some bad news Tuesday evening.

Of course it isn’t just Texas that is suffering.

According to one report, rolling blackouts have also been happening in the 14 states that make up the Southwest Power Pool…

The Southwest Power Pool, which controls a grid spanning 14 states from North Dakota to Oklahoma, ordered rotating outages for a second consecutive day.

The extremely cold weather has also sent natural gas prices to utterly insane levels.  All of a sudden there was a tremendous amount of demand for a limited amount of supply, and we saw prices do things that they have never done before…

Supply for next-day delivery at the Oneok Gas Transportation hub in Oklahoma traded at $999 per million British thermal units for two contracts on Tuesday, according to David Hoy, a trader at Dynasty Power in Calgary. That compares with $4.19 a week earlier.

“I’ve been following energy markets and grid issues for a while, and I cannot recall an extreme weather event that impacted such a large swath of the nation in this manner — the situation is critical,” said Neil Chatterjee, a member of the U.S. Federal Energy Regulatory Commission.

All it took was a very days of very cold weather.

Would our system even be able to handle a long-term national crisis that was much more severe?

Unfortunately, more bad weather is in the forecast.  A giant winter storm will slam the middle of the country on Wednesday before hitting the east coast on Thursday…

And more foul weather was on the way: Another winter storm with snow and ice was forecast to pummel portions of the South and Midwest on Wednesday before slamming into the Mid-Atlantic and Northeast on Thursday.

In all, as of late Tuesday, 115 million Americans were in the path of the next storm, all the way from Texas to Massachusetts, the weather service said.

Meanwhile, Bill Gates is trying to convince all of us that “global warming” is such a problem that we all need to start eating “100% synthetic beef” from now on…

Microsoft cofounder Bill Gates said in a new interview that all rich countries should transition to 100% synthetic beef in order to significantly curb the greenhouse-gas emissions driving climate change.

In an interview published Sunday by MIT Technology Review, Mr. Gates, who is now cochair of the Bill and Melinda Gates Foundation and chair of the investment fund Breakthrough Energy Ventures, said the U.S. switching to plant-based meats like those sold by Impossible Foods and Beyond Meat will be “required” for saving the planet.

What crazy times these are.

No matter what part of the U.S. you live in, you cannot just rely on the grid to heat your home.

Right now, millions of Texans that assumed that the grid would always be there for them are literally shivering inside their own houses.

You always need to have a second way to heat your home in case a major emergency happens.  Of course those that have followed my advice over the years were already prepared for that.

These record cold temperatures will be gone in a few days, and weather patterns will soon stabilize.

But let us not forget the lessons that this crisis is teaching us, because the challenges that lie ahead will be far, far more difficult.

At this moment, ABC News says that this cold snap has turned Texas into “a tundra”, and in Louisiana people are using an airboat to zip around the snow-covered streets.

This isn’t normal, and we are going to see a lot more crazy things happen in the months and years ahead.

I would encourage you to get prepared for all of the strangeness that is in front of us, because as we have seen, the system is not nearly as stable as most people thought it was.