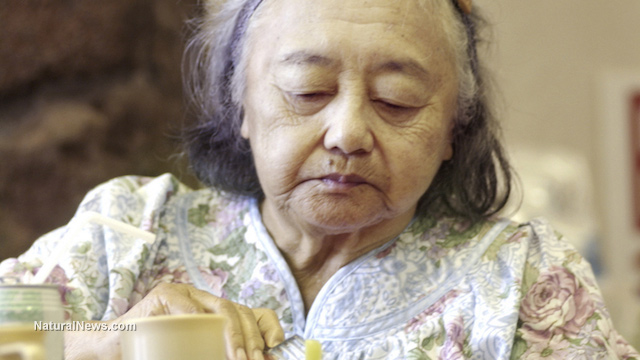 (Natural News) Around the world, medical authorities are seeing a spike in elderly deaths, after covid-19 vaccination. Gibraltar, a nation located at the southern tip of Spain, is suffering from an unexplained surge in elderly deaths. In the second week of January, a subset of the elderly population suddenly started to die off. The new wave of unexplained elderly deaths is occurring at nearly three times the magnitude of covid-19 deaths that were recorded during 2020.

The new, unexplained surge in elderly deaths is occurring approximately forty times faster when compared to the overall timeline of covid-19 deaths that occurred since a pandemic was first declared. This surge in elderly deaths occurred after 5,847 doses of experimental mRNA injections were administered to the citizens of Gibraltar. In just one week, 17 percent of the country’s population had been inoculated with the first dose of Pfizer’s mRNA experiment.

Before the vaccine experiment began, the covid-19 related death toll accounted for ten people. After the vaccine rollout, the total number of deaths had skyrocketed to forty-five people. In the first eight days of the vaccination program, thirty-five seniors suddenly passed away.

After the first week of vaccination, Chief Minister Fabian Picardo said, “This is now the worst loss of life of Gibraltarians in over 100 years. Even in war, we have never lost so many in such a short time.”

Vaccine-induced deaths to be blamed on new “covid-variant”

In 2020, medical examiners would have easily labeled these sudden deaths as covid-19, but now these deaths are somehow unexplained, with no definitive cause. Before the covid-19 vaccines were unleashed, seniors died of covid-19. Now seniors are dying of natural causes again, right after being vaccinated. It won’t be long before a surge in elderly deaths around the world is blamed on a new variant of SARS-CoV-2, with medical authorities calling for new vaccines, more doses, and mRNA updates. Isn’t it suspicious that a deadly covid-variant became headline news suddenly after the vaccine rollout?

Gibraltar isn’t the only nation to report on the sudden spike in senior deaths. In Norway, twenty-nine senior citizens suddenly passed away in the first two weeks after the first dose of the vaccine. In the hours after vaccination, and sometimes minutes after, these seniors shared similar side effects, including but not limited to: persistent malaise and extreme exhaustion; severe allergic, including anaphylactic, reactions; multi-system inflammatory syndrome; psychological disturbances; seizures; convulsions; and paralysis, including Bell’s Palsy. The Norwegian Medicines Agency declared that “all deaths are linked to this [Pfizer’s] vaccine” because it was the only intervention that preceded the sudden elderly deaths.

In Auburn, New York at the Cayuga County nursing home, no one had died of covid-19, but after the vaccination drive began on December 22, 2020, the residents suddenly began to fall ill. After one week of vaccination, which covered 193 residents and 113 staff members, 137 fell ill and a shocking 24 seniors passed away by January 9, 2021.

The mainstream media has even tried to normalize these vaccine-induced health problems and fatalities. A report from Express in the United Kingdom wrote that vaccine side effects and even deaths are a sign that the vaccine is working! The report goes on to defend the vaccine, blaming the victims’ immune systems for overreacting and causing the vaccine injuries. No joke, the news agency reported:

VACCINE side effects: Many people are concerned with growing reports of people falling ill and even death after a vaccine. Experts claim this is a predictable outcome and can actually be a good thing. What exactly happens to the body when vaccinated and why is being ill after good?

Baseball legend, Hank Aaron, was one of several public figures who was used by the drug companies to promote their experimental inoculation. Hank Aaron was filmed getting his first dose as he encouraged minorities to join in and get the “lifesaving” vaccine. He didn’t make it to the next appointment for his second dose because he suddenly died “in his sleep” seventeen days after getting the first dose. The holocaust will only continue, as medical fraud, medical tyranny are wrought upon the world population.