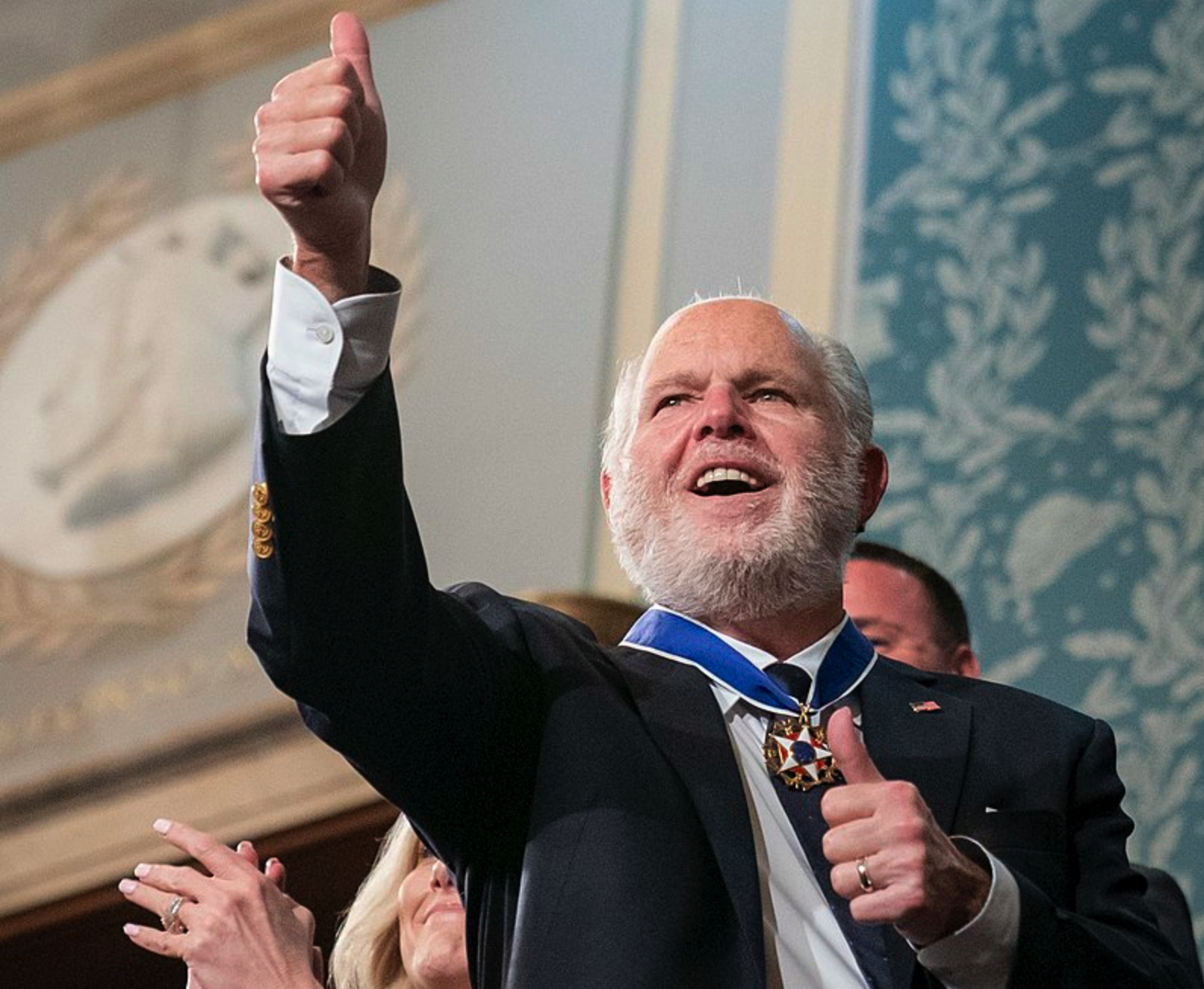 I know that most Americans don’t understand much about etiquette these days, but I still expected better than this.  When someone passes away, it is customary to say positive things about the deceased.  If you can’t find anything positive to say, then you should say nothing at all.  At one time, it would have been considered to be extremely rude to make bitter and nasty comments about someone that has just died, but in America today people just do whatever they feel like doing.  Proper etiquette is a thing of the past, and at this point we have essentially become a nation of degenerate “pig people” that have no respect for anyone or anything.

The first time I ever encountered Rush Limbaugh was when my father started listening to him all the way back in the 1980s.  Rush was a lot more brash and cocky back then, but the one constant throughout the years was his deep, abiding love for America.  He truly loved the United States, our founders, our Constitution and everything that this country was supposed to represent.  He was constantly pushing us to live up to our ideals, and he was not afraid to call out politicians in both parties that he felt were betraying our values.

Over the years he got older, but he also got wiser.  Every time I listened to him I came away with something that would stick with me, and I am very thankful for that.

He was truly great at what he did, and his work has had an impact on hundreds of millions of people.

How many of us will be able to say the same thing when our lives on this planet are through?

Of course many on the left deeply hated Rush Limbaugh and everything that he stood for, and we all understand that.

But couldn’t they have waited at least a few days before viciously trashing his life and his legacy?

–Christopher Mathias of the Huffington Post: “Rush Limbaugh was a bigot and a misogynist who saturated America’s airwaves with cruel lies and conspiracy theories for decades, transforming the GOP in the process.”

–Steve Hofstetter: “‘Rest in Piss’ is trending because Rush Limbaugh died. I don’t know who the first person to write this was, but how dare you. How dare you come up with the perfect joke before the rest of us could.”

–Nathan Bernard: “goodbye Rush Limbaugh, may you rot in hell with your ******* ugly ties”

–Palmer Report: “Rush Limbaugh spent decades advancing his career by opportunistically spreading vicious lies that got a lot of bad people elected, whose corrupt policies in turn got a lot of Americans killed.”

–Cameron Kasky: “Rush Limbaugh has passed on, but worry not- his memory lives on through bigots everywhere”

–Bishop Talbert Swan: “Bidding him good riddance or wishing him to rot in hell is being kind.”

–Chris Cillizza of CNN: “Trump was Limbaugh’s Frankenstein monster. And he proudly stood by him until the very end.”

–Anthony Rapp: “A person who consistently and continually did a tremendous amount of damage to the world, #RushLimbaugh, lived twice as long as my friend Jonathan Larson, whose work and legacy have only changed the world for the better. It’s difficult to reconcile the unfairness of that fact.”

–Charlotte Clymer: “Rush Limbaugh was a coward and white supremacist. He aggressively and cynically exploited divisions in our country by weaponizing hatred and bigotry for his own personal gain. He was in service to his own greed, prejudice, and hypocrisy, and that is how history will remember him.”

–Danielle Campoamor: “Because the only way to truly pay our respects to the radio host, who reached more than 15 million listeners during his 30-year talk radio career, is to remember exactly who he was and the legacy he left behind— one of divisiveness, cruelty, racism, homophobia, bigotry, and sexism.”

–Kirk Acevedo: “One bigot dead. Waiting for the rest to join him.”

–David Klion: “Today is a sad day, as the excruciating physical and spiritual agony Rush Limbaugh experienced at all times has finally ended.”

–Luke Null: “Rush Limbaugh already started a radio show in Hell and is ranting about how the devil should shut the fiery gates because all these OUTSIDERS are ruining everything!”

–Finneas: “Feeling very sorry for the people of Hell who now have to deal with Rush Limbaugh for the rest of eternity”

–Ron Perlman: “I would like to extend my deepest sympathies to the poor devil who will no doubt have to spend the rest of eternity with Rush Limbaugh.”