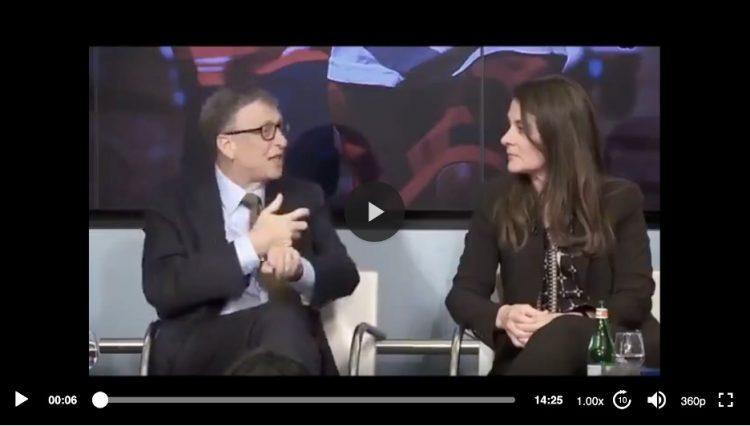 Bill Gates, the defiant and murdering, the cunning and deceptive, the wicked and hell-bound minion of Satan himself, unqualified, unlicensed and un-elected, somehow or another, has been given permission to drive the narrative on the virus and, in the end, it is to drive the people to the dangerous vaccines (Leviticus 17:11; John 8:44; Ephesians 4:14).

Bill Gates, the one that accuses anti-vaxxers of being the responsible party for killing children, whose father was a board member for Planned Parenthood, who himself is also a staunch supporter of Planned Parenthood, is going so far as expanding their operation programs with 1.7 million dollars (Revelation 12:10).

Finally, Bill Gates is the one responsible for stating: “The world has 6.8 billion people…that’s headed up to about 9 billion. If we do a really great job on vaccines, health care, reproductive services (Planned Parenthoods), we could lower that by perhaps 10 to 15 percent.”

Video: A Deleted Bill Gates DOCUMENTARY HAS BEEN REVIVED