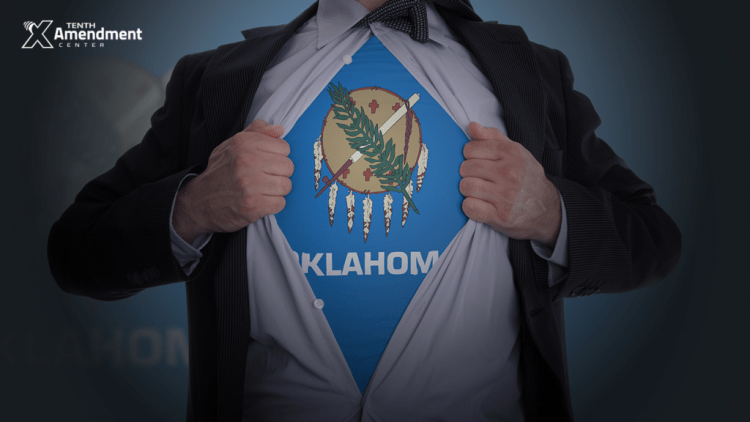 Now, understand this:  There is no need for this particular bill.  Both houses of the legislature in Oklahoma can simply nullify each and every China Joe Biden executive order and send it to the governor for a signature without the attorney general even being involved.  In fact, this was what founding fathers like Thomas Jefferson urged when unlawful “laws” or edicts were passed by the federal government.  Nevertheless, the Oklahoma statehouse has passed legislation that seeks to nullify Biden’s executive orders.

The bill, HB 1236, would allow the Oklahoma attorney general to review any executive orders, congressional laws or federal agency rules to see if they violate the U.S. Constitution. If the attorney general doesn’t oppose them, then the state legislature could do so through a majority vote.

The bill was approved last week through an 80-14 vote in the Republican-led state House. Republican Senate Majority Floor Leader Kim David has not publicly said whether she supports the measure, according to KOCO.

The bill’s author, Republican Representative Mark McBride, said that he created the bill not because of Biden’s political party but rather because of the high number of executive orders Biden has issued just one month into his presidency.

On that last part, I say a hearty, “Amen!”  The states do have all power and authority that they did not grant to the federal government and when the feds usurp their enumerated powers, it is the responsibility, yeah the duty, of the states to nullify their lawless actions and it those usurpations have gone on far too long.

Nullification is the simple actions of the state to tell the feds that they have usurped their authority with legislation or executive orders.  However, it requires much more than that.

The state must also be willing to interpose themselves between the citizens of the state, which they represent, and arrest and charge any fedcoats seeking to enforce unconstitutional executive orders or “laws.”

As Captain Karl Koenigs has stated several times on The Sons of Liberty radio show:

“We must DEMAND and COMPEL our State Assemblymen and State Senators to sponsor and pass an exact facsimile of The Kentucky and Virginia Resolutions and augment them with AN ARREST PROVISION, so that our Municipal, County and State LAW ENFORCEMENT personnel can ARREST, Jail, and try all Federal Agencies and Bureaus that have been properly and Constitutionally State nullified, if they refuse to cease and desist any Republican and/or Democrat usurpation of Power and SPENDING State nullified!”

I think it’s long past time to do this rather than rally for meaningless rallies in DC where we will only be used as scapegoats for false flag operations and distractions by our enemies.  Let’s cut them off at the knees… at the state level.