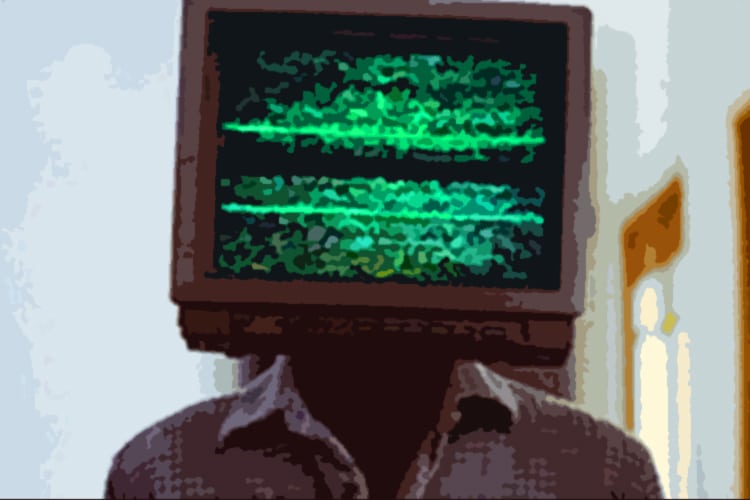 Ever pay attention to trends in the media? Some stories and narratives rise and fall in cycles, along with your awareness of them. It’s kind of like a shell game, where the street hustler directs your attention to one shell as a distraction while he shuffles aside the nut with the goods in it. A ‘now you see it, now you don’t,’ kind of thing.

When you see the same story arise frequently in the mainstream media, you can bet that it’s something you’re supposed to be looking at.

You see, the major corporate media operates from talking points and top-down directives. A mere 6 corporations owns some 90% of all the major media outlets, and as corporations do, they rule by memos from up high.

Tonight show host Conan O’Brien knows this, and he rips on the media for the insane homogenization of local news. He does this bit where his team edits together actual footage of local newscasters from around the country saying the exact same thing, word for word, but, each anchor-person personalizes it with their own inflection, pausing, intonation and so on. It’s hilarious, but at the same time disturbing because it shockingly demonstrates how ideas are forced into the mainstream of today’s corporate culture.

Have a look. This always cracks me up. Not in a ‘ha ha’ sort of way, though, more like in a ‘ha ha, aren’t we gullible,’ kind of way. Big difference.

The point is, when you see a story being played over and again on various news outlets, you have good reason to believe that the information isn’t coming to you organically. It’s not something you really need to know or something that is genuinely relevant to day-to-day life in your community. It’s the execution of an agenda. The information is being deliberately disseminated to manufacture awareness and recalibrate the standard for normal. It’s something the corporate media wants you to focus on. Like in the shell game.

When you understand this fundamental of corporate media, the landscape of information today looks totally different. You’re able to see narratives unfold and evolve, and able to recognize when your attention is deliberately being drawn towards an issue. Or away from an issue.

Here’s a few examples from the present that when taken as everyday happenstance may seem benign, but have serious implications for the future of society and for the human race at large. The fact that these issues are being presented with noticeable frequency these days is a red flag that there is some larger agenda in the works. The norms, values and standards in our culture are being tweaked, or twerked, and attacked by the repetition of such information.

Vaccines – This is perhaps one of the most common issues thrust on the public in order to fabricate widespread public support for a questionable and very profitable practice. The one-sidedness of the debate on this sensitive issued has successfully created a society where people now openly demand forced medical procedures on others to alleviate a perceived fear.

Gender Neutrality – This is the idea that a person’s biological gender is somehow fluid against their opinion of themselves. There is an apparent effort to make us believe that those with confusion over their gender are horribly oppressed and in danger, and that they need to be protected with censorship and speech laws. The aim here is to promote the virtues of censorship, and to develop a generation of people who don’t value procreation and the advancement of the human race, but rather shallow social issues and a perceived sense of justice.

Sex Robots – Robot sex toys are increasingly being put in front of the public and lauded as the future of companionship. News stories on the latest advancements in robot sex dolls are ubiquitous these days. We are being told they make great life partners and that they sufficiently synthesize the experience of being with a real woman (or man). The end game here is to further disconnect people from each other, and perhaps also to assist in a broader depopulation agenda by persuading us that sex with plastic and electronics is as good as or better than the real thing. Look for birth rates to decline further as these creepy sex toys become more popular.

Microchipping – Some call this the ‘mark of the beast,’ but the idea of microchipping people for their supposed convenience is being pushed out onto all the major media channels as a great way to take part in our technological future. Issues of privacy, tyranny, and the abuse of power are hardly examined. Feature stories on acquiescent corporate employees who willingly take the chip make it seem as though chipping is fashionable.

These are just a few examples, but the technique in play here is a fundamental method of social engineering via media.

Among the regular flow of info, certain topics or subjects are thrust into public consciousness with regularity. The issues are never quite framed as critically important, but rather positioned as matter-of-fact, sign-of-the-times. Opposing arguments or viewpoints are never fully explored. Frame it in such a way that it seems exciting and cutting edge. Normalize it by mixing it in with everyday things, and repeating it. Make it seem like the future is here now, and that there is a bandwagon you need to get in on order to be part of the gang.

This method works. It’s called conditioning. An idea as reprehensible as exchanging human-on-human love for sex with elaborate robots would have been shocking and totally unacceptable a few generations ago. But, slowly raise awareness of the wonders of this new technology over time, and people become curious rather than repulsed. It becomes normalized.

There really is nothing you can do about living in such a changing world, except opt-out of the insanity, stupidity and self-destructive tendencies being framed as wholesome cultural advances. To make good decisions in this regard, it’s imperative to be able to process information in a way that acknowledges the true nature of corporate/government propaganda.

Social engineering is real. It’s happening all around you. Are you paying attention?

Sigmund Fraud is a survivor of modern psychiatry and a dedicated mental activist. He is a staff writer for WakingTimes.com where he indulges in the possibility of a massive shift towards a more psychologically aware future for humankind.

This article (Social Engineering Via Media 101 – How to Normalize the Absurd) was originally created and published by Waking Times and is published here under a Creative Commons license with attribution to Sigmund Fraud and WakingTimes.com. It may be re-posted freely with proper attribution, author bio, and this copyright statement.