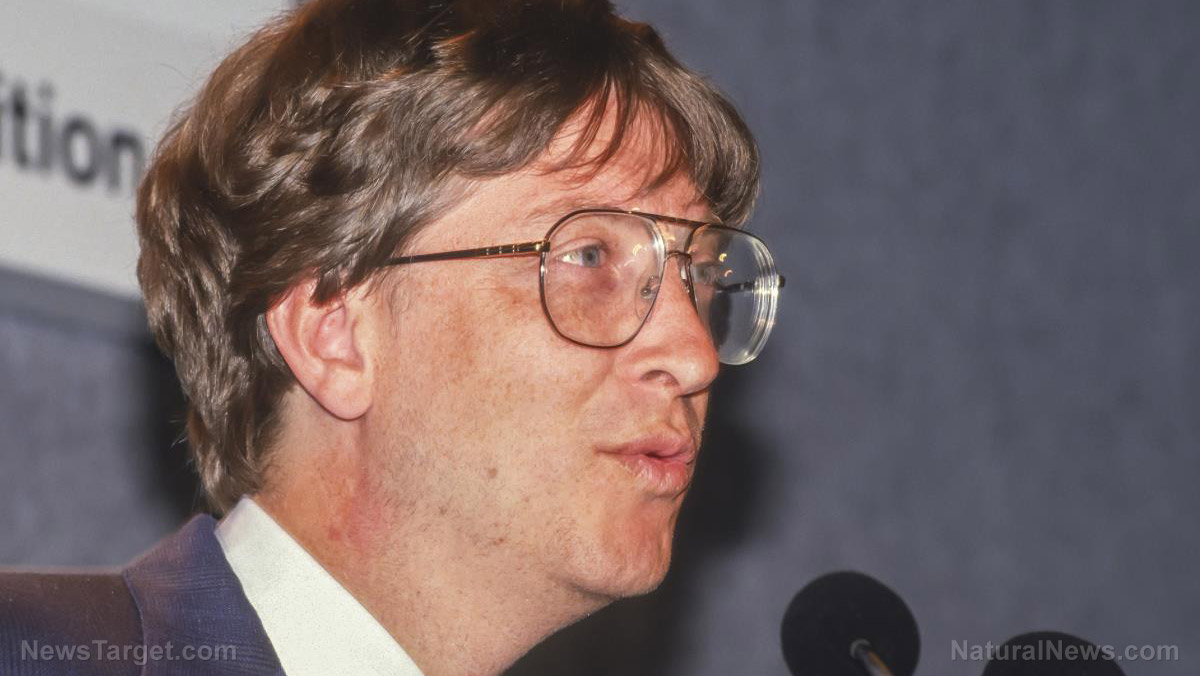 (Natural News) Efforts by communist China to overthrow America’s constitutional republic are getting a major boost from Bill Gates.

The billionaire eugenicist has reportedly been advising various groups within the Chinese Communist Party’s (CCP) United Front on how to “take actions or adopt positions supportive of Beijing’s preferred policies.”

Gates serves on a steering committee for the China-United States Exchange Foundation (CUSEF), founded by the chairman of the “highest-ranking entity overseeing” the CCP’s United Front. The United Front is considered to be one of China’s top propaganda operations.

A report from the U.S.-China Security and Economic Review Commission says Gates’ contributions aim “to co-opt and neutralize sources of potential opposition to the policies and authority of [the] ruling Chinese Communist Party.”

In practice, the United Front, with the help of Gates, works to “effectively disseminate positive messages (about communist China) to the media, key influencers and opinion leaders, and the general public.” This is according to Department of Justice (DoJ) filings under the Foreign Agent Registration Act (FARA).

Gates also served on a CUSEF steering committee “providing valuable advice and comment” on a 2013 report entitled, “U.S.-China Economic Relations In The Next Ten Years: Towards Deeper Engagement And Mutual Benefit,” a pro-China propaganda document.

Also listed as contributors to this report are other globalist names such as former Chicago Mayor Richard Daley, Henry Kissinger, and pedophile John Podesta.

The 400-page report calls for “more business to business collaboration in science and technology” between the United States and communist China. It also proposes a “relaxation of U.S. export controls of high-tech products,” which we can see today includes things like 5G microchips from Huawei.

Gates’ ties to the CCP’s United Front run even deeper than this, though. Back in 2012, Gates and former British Prime Minister Tony Blair spoke at a forum hosted by the China Association for International Friendly Contact (CAIFC) during which Gates “extended his congratulations” to the communist regime.

Described by the U.S. government as “a front organization for the former General Political Department” of the CCP, the CAIFC performs “dual roles of intelligence collection and conducting propaganda and perception management campaigns.”

“CAIFC has additional ties to the Ministries of State Security, Civil Affairs, and Foreign Affairs, and it is a platform for deploying undercover intelligence gatherers,” the U.S.-China Security and Economic Review Commission report explains.

Another co-conspirator in this CCP-led assault on American interests is Joe Biden, America’s fake president. One of the first orders of business for China Joe, after he was installed into the White House, was to revoke an executive order signed by President Donald Trump that kept communist China and other hostile foreign actors out of America’s power grid.

Beijing Biden effectively handed over control of America’s power grid to the CCP with this EO, proving once and for all that the bumbling dementia patient is a CCP asset and traitor who belongs in Guantanamo Bay rather than in Washington, D.C.

“A 78-year-old dementia patient and his 80-year-old House leader, along with a 70-year-old Senate leader, are running the country the way Big Pharma, Big Tech, and Big Banks want it, all with the help of communist China,” wrote one of our own commenters on an article this writer published back in January.

“Shut up and wear at least two masks, and get your life-altering vaccine that hasn’t gone through animal trials because we prefer human guinea pigs,” this same commenter added sarcastically.

More of the latest news about Bill Gates and Joe Biden can be found at Treason.news.