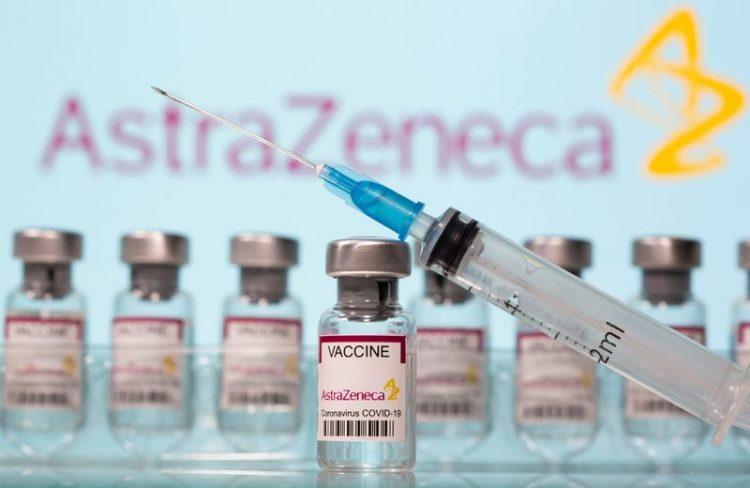 We’re reported already on the number of deaths and adverse effects of the experimental medical devices people are being injected in the name of the non-proven to exist COVID injections.  Among those adverse effects, there were dozens of cases that were known that involved rare blood disorders.  Now eight nations have halted the experimental AstraZeneca injection due to “serious” blood clots.

The tiny island nation has confirmed roughly 6K COVID cases since the start of the pandemic, which is roughly 2% of the population.

Back on the Continent, the EMA (the European equivalent of the FDA) confirmed that it has counted no fewer than 30 incidents of harmful blood clots in patients who received the vaccine, including at least one case in Denmark where the patient died.

This AstraZeneca story isn't getting enough attention. It's going to undermine vaccine takeup. If people are dying it's a disaster for the company too.

Still too early to jump to conclusions but it's very worrisome.

The halts follow incidents involving blood clots in patients who recently received the vaccine. Two incidents were reported in Austria, although Vienna is allowing the vaccine to continue to be used, at least for now. Serious cases of blood clotshave been reported in Denmark and other countries as well.

Writer and skeptic Alex Berenson noted in a tweet that the AZ jab isn’t the only COVID shot suspected of causing harmful side effects in a small number of patients.

Just wait until they hear what the mRNA vaccines can do…

Really, though, the side effect profile of the @astrazeneca vaccine is hardly worse than the mRNA shots, but somehow it has faced much more scrutiny. Follow the politics, I mean science.

In a tweet confirming the suspension, Denmark’s health minister said there’s currently no way to know for certain whether the cases of serious blood clots are connected to the vaccine, but the situation certainly warrants ore investigation. “We acted early, it needs to be thoroughly investigated,” he said.

Meanwhile, health authorities in Brussels and London have dismissed these concerns, insisting that the AZ jab is safe, while moving ahead with plans to approve Johnson & Johnson’s single-dose jab.

BREAKING: Johnson & Johnson receives positive opinion for its #COVID19 vaccine from the Committee for Medicinal Products for Human use of the European Medicines Agency, paving the way for approval in the EU. $JNJ

The EU medicines regulator said it was recommending the vaccine be authorized for all adults over 18 “after a thorough evaluation” of JNJ’s data found the vaccine met the criteria for efficacy, safety and quality. The JNJ jab is the fourth to be licensed for use inside the EU.

Europe’s much-criticized vaccination rollout has just hit another snag, as Danish health authorities are increasingly concerned about harmful side-effects believed to be associated with the AstraZeneca-Oxford jab, the cheap COVID remedy that was supposed to help Europe catch up with the US, UK and Israel.

Danish authorities on Thursday temporarily suspended AstraZeneca’s COVID-19 shot following reports of cases of dangerous blood clots forming inside patients, including one such incident that took place in Denmark. Authorities didn’t specify exactly how many reports of blood clots there had been, but Reuters reports that Austria has also stopped using a batch of AstraZeneca shots while investigating a death attributed to coagulation disorders, along with an illness attributed ot a pulmonary embolism, a condition where one or more of the lung’s arteries becomes blocked by a blood clot. Six other European countries have also reportedly halted distribution of the COVID jab.

“Both we and the Danish Medicines Agency have to respond to reports of possible serious side-effects, both from Denmark and other European countries,” the director of the Danish Health Authority, Soren Brostrom, said in a statement.

The Danish Medicines Agency said the suspension would last for 14 days as authorities launch an investigation into the blood clots, with assistance from other EU member states.

NEW: Danish Health Authority says use of #AstraZeneca COVID19 #vaccine has been halted due to serious cases of blood clots. This follows similar suspension in Austria.

Here's a statement from the European Medicines Agency on the issue yesterday: pic.twitter.com/69WBgoujV1

They did not say how many reports of blood clots there had been, but Austria has stopped using a batch of AstraZeneca shots while investigating a death from coagulation disorders and an illness from a pulmonary embolism.

AstraZeneca claims its vaccine is subject to strict and rigorous quality controls and that there have been “no confirmed serious adverse events associated with the vaccine.” It said it was in contact with Austrian authorities and would fully support their investigation.

“Both we and the Danish Medicines Agency have to respond to reports of possible serious side-effects, both from Denmark and other European countries,” the director of the Danish Health Authority, Soren Brostrom, said. “It is important to emphasize that we have not opted out of using the AstraZeneca vaccine, but that we are putting it on hold.”

The European Medicines Agency said Wednesday there is no evidence linking AstraZeneca to the two cases of blood clots in Austria. The company said the number of (thromboembolic events” (blood clots forming) in people who have received the AstraZeneca vaccine is no higher than that seen in the general population, with 22 cases of such events being reported among the 3MM people who have received it as of March 9.

And at least one investor claimed Denmark’s suspension of AstraZeneca’s COVID vaccine on blood clot concerns shows “the detection systems that look for potential safety issues are working,” and that most of these “safety events” would ultimately be linked to natural processes, not the jab.

“It’s good to see the safety signal detection systems working and it’s important that any safety signal is followed-up using the correct protocols,” Shore analyst Adam Barker told Bloomberg. Data from the vaccine’s phase three trials suggests that “you would expect that most safety signals won’t ultimately be linked to the vaccine,” he said.

However, “it’s hard to make judgments on the impact on shareholder value,” he added, given there are “a lot of moving parts.” But ultimately, a risk-reward trade-off with any therapy; “you can only confidently make judgments on that decision when all the data is finalized and clear”

Nevertheless, shares of AZ tumbled on Thursday on signs that the European vaccine rollout is facing fresh skepticism and obstacles. Shares were down more than 2% in London’s mid-morning trade.

Whether Austria and other EU states will follow suit remains to be seen, though at least one other national health authority is reportedly considering a halt: the Norwegian Institute of Public Health and the Medicines Agency are meeting to discuss Denmark’s decision to halt vaccinations using doses of the vaccine, according to reports from state broadcaster NRK.

And let’s not forget South Africa stopping AstraZeneca because it didn’t work.