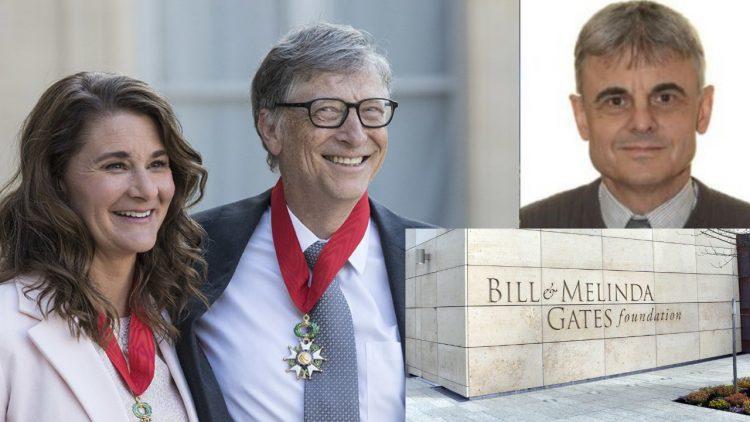 We told you.  We warned you.  The media and social media giants attacked us.  They defamed us.  They even defrauded us and our health and wellness expert was thrown in jail for telling you the truth, but not a former Bill and Melinda Gates scientist has called it quits and is predicting mass genocide from the experimental mRNA injections.

Dr. Geert Vanden Bossche, former Bill and Melinda Gates Foundation Senior Program Officer in Vaccine Discovery, former Head of the Vaccine Development Office for the German equivalent of the CDC, and university professor released an open letter to the scientific community warning that the present mass vaccination program may “wipe out large parts of our human population.”

Dr. Bossche took to Twitter to present his letter not only to the scientific community but also to the world.  He wrote, “In this open letter I am appealing to the @WHO [World Health Organization] and all stakeholders involved, no matter their conviction, to immediately declare such action as THE SINGLE MOST IMPORTANT PUBLIC HEALTH EMERGENCY OF INTERNATIONAL CONCERN.”

In this open letter I am appealing to the @WHO and all stakeholders involved, no matter their conviction, to immediately declare such action as THE SINGLE MOST IMPORTANT PUBLIC HEALTH EMERGENCY OF INTERNATIONAL CONCERN. Please read and share: https://t.co/0Fupw9JInP #COVID19 pic.twitter.com/I24mSjpVKM

In his letter, Dr. Bossche writes, “…it’s becoming increasingly difficult to imagine how the consequences of the extensive and erroneous human intervention in this pandemic are not going to wipe out large parts of our human population. One could only think of very few other strategies to achieve the same level of efficiency in turning a relatively harmless virus into a bioweapon of mass destruction…”

Back in February 2021, Dr. Bossche issued an 11-page statement on halting “ongoing Covid-19 mass vaccination campaigns as a temporary health benefit to the most vulnerable groups does not justify a public health disaster of international concern.”

Below is that statement.

However, he quickly followed up with this recent letter, which you can read in its entirety below.  Here is the opening.
To all authorities, scientists and experts around the world, to whom this concerns: the entire world population. I am anything but an anti-vaxxer. As a scientist I do not usually appeal to any platform of this kind to make a stand on vaccine-related topics. As a dedicated virologist and vaccine expert I only make an exception when health authorities allow vaccines to be administered in ways that threaten public health, most certainly when scientific evidence is being ignored. The present extremely critical situation forces me to spread this emergency call.
As the unprecedented extent of human intervention in the Covid-19- pandemic is now at risk of resulting in a global catastrophe without equal, this call cannot sound loudly and strongly enough.
As stated, I am not against vaccination. On the contrary, I can assure you that each of the current vaccines have been designed, developed and manufactured by brilliant and competent scientists. However, this type of prophylactic vaccines are completely inappropriate, and even highly dangerous, when used in mass vaccination campaigns during a viral pandemic.
Vaccinologists, scientists and clinicians are blinded by the positive short-term effects in individual patents, but don’t seem to bother about the disastrous consequences for global health. Unless I am scientifically proven wrong, it is difficult to understand how current human interventions will prevent circulating variants from turning into a wild monster.
Racing against the clock, I am completing my scientific manuscript, the publication of which is, unfortunately, likely to come too late given the ever increasing threat from rapidly spreading, highly infectious variants. This is why I decided to already post a summary of my findings as well as my keynote speech at the recent Vaccine Summit in Ohio on LinkedIn.
Read the full statement below.

Below are interviews with Dr. Bossche on the subject.

While he seems to be still peddling the unproven COVID bug, it’s good that he is at least warning the world about this medical device that’s being administered as a mass genocide.

He’s not the only doctor sounding the alarm either. We’ve had several doctors on the show to do just that.

Dr. Sherri Tenpenny, a leading opponent of drugs including vaccines which have not been subject to long-term animal trials, predicts that the true magnitude of adverse effects of the present injections will become devastatingly apparent in 6  months to a year after the first shots were given (video below.)

With over 1,600 possibly related deaths recorded by the CDC as of mid-March, and tens of thousands of serious reactions, Dr. Tenpenny asks “in how many industries do you know where these products would still be on the market?”