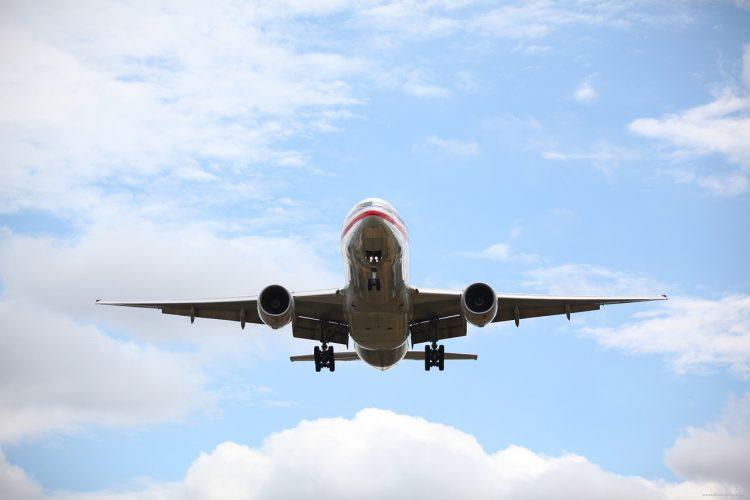 The crisis on the border continues to get even worse, and our existing facilities on the southern border just aren’t equipped to handle the vast torrent of migrants that are flooding in.  So in an attempt to deal with overloaded conditions, the Biden administration plans to start flying migrants that have been detained to facilities “near the Canadian border” for processing.  Fox News is reporting that this is something that the Biden administration “is considering”, but their own report admits that CBP has already requested plane support from ICE…

As crossings along the southern border surge to near-record levels, the Biden administration is considering flying migrants to states near the Canadian border, according to a report.

Customs and Border Protection (CBP) requested the plane support from Immigrations and Customs Enforcement (ICE) Friday after 1,000 migrant families and unaccompanied minors crossed the Rio Grande into South Texas Friday morning, Department of Homeland Security (DHS) officials told The Washington Post. Border agents still have another 1,000 migrants they were unable to process last night, according to communications reviewed by the Post.

Those crossing the southern border are unlikely to be carrying appropriate clothing for cold weather climates.

So will the U.S. government provide clothing for them?

According to the Fox News story that I quoted above, Montana, South Dakota and Michigan are some of the states where migrants could be relocated…

That crisis was during the warmer months, and it’s not clear whether CBP will be able to provide warmer clothing for families sent to states like Michigan, South Dakota and Montana. These facilities also have far fewer resources to take in migrants. The email seen by The Post indicates CBP has not yet decided which facilities will take in the migrants.

If a steady stream of migrants is flown into these states from this point forward, there is a very important question that we need to ask

Will the government fly them back once they are processed, or will they be released into the local communities of those northern states?

A senior-level law enforcement source with U.S.Customs and Border Protection (CBP) in the Rio Grande Valley revealed the implementation of a plan to release migrant families soon after apprehension. The plan radically changes how illegal migrants have been processed in the past and orders Border Patrol agents to quickly release migrant families without notifying the immigration courts or issuing a Notice to Appear.

“This is insane, it is another pull factor that will overwhelm us,” a CBP official with knowledge of the plan told Breitbart Texas anonymously because he is not authorized to speak publically on the matter. “We are creating another entirely different class of aliens we will have to deal with years from now. We will never find most of these aliens once they are released.”

TRENDING:  ISIS Is Still Recruiting Dozens of Young People From Minnesota, Even After These Arrests

Even if migrants are given court dates, most of them never come back anyway.

Without a Notice to Appear, the migrants are free to travel about the country and are not officially placed into the immigration court system. The court cannot order the removal of a migrant in absentia for failing to appear for a future court date, the source explained. the existence of a removal in absentia order from the court allows immigration officials to remove the alien without appeal if they are later encountered. Under this new process, the migrants will not have a removal in absentia order for failure to appear officials issued no order to appear under the unprecedented plan put in place by the Biden administration on Sunday morning.

Once news of this gets out, it will just encourage even more migrants to storm the border.

As it stands, our facilities are already beyond overloaded.  If you doubt this, just consider what Senator Chris Murphy just witnessed during his visit to a CBP facility…

Just left the border processing facility. 100s of kids packed into big open rooms. In a corner, I fought back tears as a 13 yr old girl sobbbed uncontrollably explaining thru a translator how terrified she was, having been separated from her grandmother and without her parents.

Biden insists that the “challenge” on the border is not his fault, but some migrants are openly telling reporters that they would not have come if Donald Trump was still president…

ABC News anchor Martha Raddatz recently spoke with a Brazilian man — just one of the tens of thousands of migrants who are traveling to the U.S. in search of asylum — who admitted that Biden’s presidency was a motivating factor for coming to America.

“Would you have tried to do this when Donald Trump was president?” Raddatz asked.

“Definitely not. Definitely. We have a chance, you know. The same environment that’s been going on today wasn’t there last year,” the man responded. “We used to watch the news and I definitely wouldn’t do this.”

But now Democrats are in control, and that will be the case for at least the next four years.

As a result, one migrant told Fox News that the flood of people coming over our southern border is “not going to stop, ever”…

The migrant, who was not named, spoke to Fox News on Friday in El Paso after being apprehended by Customs and Border Protection (CBP).

Sadly, these migrants don’t understand that they are actually going from the frying pan to the fire.

Yes, things may have been really bad in the countries that they are coming from, but conditions in the United States will eventually be even worse.

Many migrants truly believe that life will be so much better if they can just get to America, but that dream is just a mirage.

But for now, that dream remains a very powerful pull, and the crisis on the border is not going away any time soon.

Michael T. Snyder is a graduate of the University of Florida law school and he worked as an attorney in the heart of Washington D.C. for a number of years. Today, Michael is best known for his work as the publisher of The Economic Collapse Blog. Michael and his wife, Meranda, believe that a great awakening is coming and are working hard to help bring renewal to America. Michael is also the author of the book The