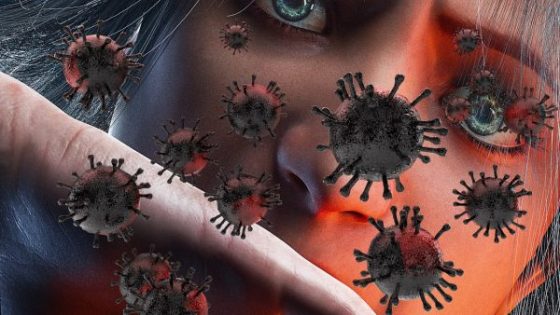 The ruling class has now told its mainstream media puppets to alert the public that “all bets are off” in the quest to return to normal. People, in large numbers, are simply going back to life as it was before the scamdemic, and the rulers just cannot have that.

They desperately need us panicked and afraid of each other in an attempt to control as much of our lives as possible while we live on this slave planet. However, many “experts”, all paid by the rulers, reiterate that Covid-19 is far from over. All bets are off and as we know, they will manipulate whatever statistics they must to keep us from figuring out their lies.

The Lies Continue: People Who Recovered From COVID-19 Months Ago Tallied As “COVID Deaths”

Dr. Rochelle Walensky, director of the US Centers for Disease Control and Prevention, said on the “Today” show Thursday that the United States is “still seeing about 1,000 deaths a day,” which she noted was way too many. That means that when they decide to bring out the additional chains, they’ll say it’s “our fault” they are enslaving us.  Because we just want to be free.

The only good news, is more and more people see through the facade and the lies each day.  More and more are waking up to the slave planet we’ve been living on and many are no longer going to accept that as “normal.” So maybe things won’t ever go back to normal, but hopefully, they will trend in a direction of freedom and sovereignty over control and slavery.

Walensky also says that there are already early signs that the falsely labeled vaccinations are working, citing the decreased mortality rates for those over the ages of 65. Yet the continued fear-mongering over more infectious variants of Covid-19 are circulating, she warned. We know what that means; eventually, they will attempt another lockdown. To be honest, I am a bit surprised that this hasn’t already happened.

With some states seeing rises of at least 10% in weekly average cases, according to Johns Hopkins University data, variants such as B.1.1.7 may lead to a greater risk of exposure and a potential stagnation in the fight against Covid-19.

“It tells us when we have a more contagious variant that all bets are off because it means that the activities that we thought were pretty low risk are now going to be higher risk,” CNN medical analyst Dr. Leana Wen told CNN’s Anderson Cooper on Thursday.

The variants are also complicating treatments, as the usage of certain monoclonal antibody therapy to treat Covid-19 have been halted due to lowered effectiveness. –CNN

Ready for the good news? They are going to have trouble convincing the population to willingly take this jab:

“In order for us to get to herd immunity even at this rate, it’s still probably going to take about five months, assuming we can convince fully 70% of the population to take the shot,” CNN medical analyst Dr. Jonathan Reiner toldCNN’s Erin Burnett on Thursday.

If we ever expect to stop being treated like slaves, we had better stop acting like slaves.  It is way past the time to wake up to what’s going on. It is no secret or “conspiracy.” It is out there in the open.  They want a Great Reset, one that leaves a two-tier society. The handful at the top, and the masses, the slave class at the bottom.

Mainstream media has been continuing to alert us to all the things we should fear and be divided. That means we should do the opposite. We should unite, help each other, and remove the last form of slavery from this planet together. Government is slavery. They’ve proven this and over the past year, the evidence has become more real.

Oh, and on a side note, has anyone else noticed that as the fear over the hoax pandemic fades, the reports of mass shootings have skyrocketed? But there’s no agenda? Really?