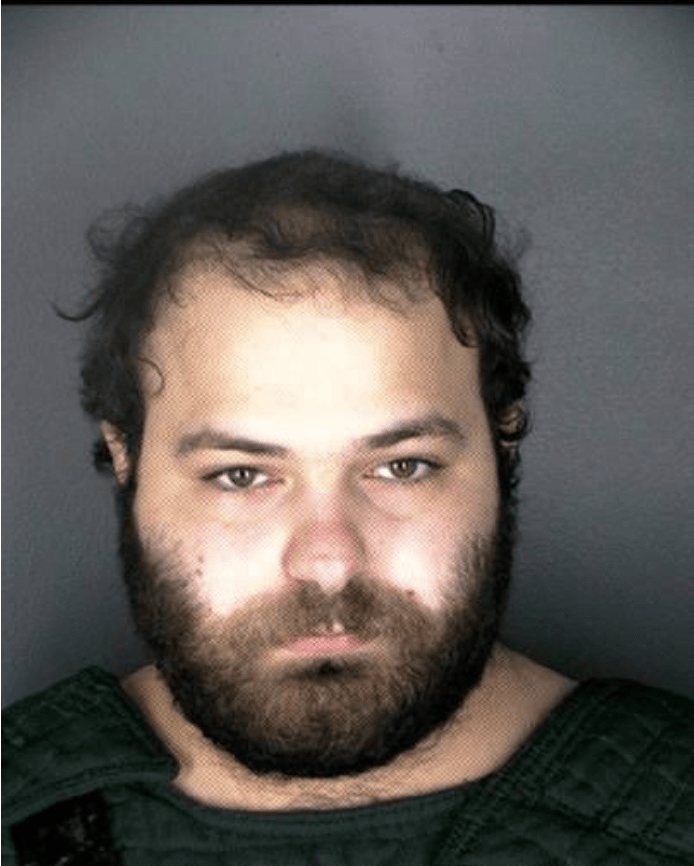 Two years ago, Ahmad Al Issa shared a post entitled, “Why refugees and immigrants are good for America.” On Monday, the Syrian Muslim immigrant shot up a supermarket, killing ten Americans.

Biden declared that he was “still waiting for more information regarding the shooter, his motive, the weapons he used. The guns, the magazines, the weapons, the modifications that have apparently taken place to those weapons that are involved here.”

Why do the modifications to the Syrian immigrant’s weapons matter more than his motive?

Obama joined in, demanding that it is, “long past time for those with the power to fight this epidemic of gun violence to do so.”

Ahmad Al Issa spent much of his time in America accusing his classmates and everyone around him of being “Islamophobes.” He repeatedly got into furious confrontations with the Americans whom he claimed were disrespecting his Islamic religion.

While Ahmad Al Issa came to America at a young age with his family, the Al Issa clan originated from Raqqa. The name of the Syrian city may not mean much to most Americans, but it was the former capital of the Caliphate of the Islamic State.

And that was after it had been previously taken over by the Al Nusra Front, linked to Al Qaeda, and by Ahrar al-Sham, which had coordinated with ISIS. Multiple Jihadist units and groups used the name “Raqqa” to symbolize their determination to stake a claim to the Syrian city and region.

Raqqa has a sizable Sunni Islamist base even beyond ISIS.

While Al Issa grew up in America, his family would have likely maintained an extensive network of family connections with Raqqa. Family members insist that Ahmad Al Issa was not a radical, but he was clearly a committed Muslim and his Facebook page, since taken down, is filled with Islamic content, and with attacks on President Trump and on America over “Islamophobia.”

Colorado took in a sizable number of migrants with multiple charities, religious and secular, springing up to help the alleged refugees. And once again Americans are reeling from a terror attack because Democrats and some Republicans refuse to secure our immigration system.

There were plenty of warnings that Ahmad Al Issa’s hatred for America and obsession with Islamophobia could turn violent. In 2017, he assaulted a fellow student claiming that he had made fun of his identity. The Syrian immigrant got off with a misdemeanor, probation, and community service. Just imagine if the system had done its job and locked him up instead.

The angry outbursts and claims of Islamophobia are now being spun as mental illness.

But the most obvious explanation for why a Syrian Muslim immigrant whose family comes from the capital of ISIS would shoot up an American supermarket isn’t mental illness.

Nor is the solution gun control.

Democrats and the media had attacked President Trump for suspending the migration of Syrians into America. When Biden overturned the suspension, the media cheered.

“Beyond contravening our values, these Executive Orders and Proclamations have undermined our national security,” Biden had falsely declared.

The bodies of ten dead Americans show what national security with terror migration looks like.

In 2016, Judge Posner had prevented Governor Pence from blocking Syrian refugees. Posner bizarrely claimed that Pence’s attempt to protect Americans from Islamic terrorists was the equivalent of forbidding “black people to settle in Indiana.”

The Trump administration’s moves would not have stopped the Al-Issa clan from coming here in 2002, but it would have prevented future terrorists from taking more American lives.

Biden and the Democrats responded to the King Sooper shootings by preaching “common sense gun control.” But their gun control has yet to work in Chicago or New York. Meanwhile what Americans need isn’t fewer guns, but fewer immigrant and refugee terrorists.

The tragedy of the Al Issa family arriving here in 2002, after September 11, is a case study in the obstinate refusal of our political elites to reckon with even the worst terror attacks.

President George W. Bush had postponed the Presidential Determination for the number of refugees imported into America because of the September 11 attacks. But he nevertheless went ahead and issued it in November 2001 which allocated 70,000 refugee slots.

And, insanely, boosted the Near East/South Asia category from 10,000 to 15,000 which had been set at 4,000 under Clinton. In 2001, some 3,000 had already been referred to through Syria, Jordan and Turkey. These numbers may sound technical, but they show the terrible policy decisions that led directly to the brutal murder of ten Americans in an ordinary supermarket.

The American victims of Ahmad Al Issa’s rampage included grandparents and employees, an actress, and a police officer who charged the Muslim shooter and paid for it with his life.

Ahmad Al-Issa grew up in America and hated every minute of it. He hated his host country, his classmates and his peers. Over the years, his hatred grew until it consumed him. Then it consumed in his victims in a murderous rampage aimed at non-Muslim Coloradans.

TRENDING:  In Order To Have A “Tolerant Society”, Elites Believe They Must Be Intolerant Of All Dissenting Views

In 2019, Al Issa had fashionably tweeted “#istandwithrefugees.” It’s the sort of thing that many in Boulder, in Colorado, and across America have irresponsibly tweeted.

And it’s a hashtag that kills.

Bush’s decision to let in the Al Issa family after September 11 killed ten Americans. It was a tragic decision that he might not have seen buried in the numbers. But it happened anyway.

There’s really no excuse for it today after two decades of continuous Islamic terrorism.

Every day that we keep our border open, that we welcome in more migrants from terror states, we are pointing a loaded gun at our own heads and pulling the trigger. Most of the time the chamber is empty, but every now and then, the immigration gun fires and people die.

Biden and the Democrats would like to talk about Al Issa’s weapon modifications after opening the border to gang members and terrorists. They want to push restrictions on Americans owning guns, instead of restrictions on their own resettlement agencies bringing in terrorists.

The authorities and the media will go on lying to Americans. They will blame mental illness, as they do with every Muslim terrorist, and depict Al Issa as the victim of Islamophobic bigots. The Democrats will turn the killer into the victim and his victims into the perpetrators as they have done so many times. They will tell us that Islam is a religion of peace, and that Al Issa’s religion and his family origins in the capital of the ISIS Caliphate should be ignored.

And even in the midst of so many burning issues, we must not give up the fight on this one.

There are hard, cold truths about Islamic terrorism that decades after September 11 we seem to be no closer to understnding than Bush was in November 2001.