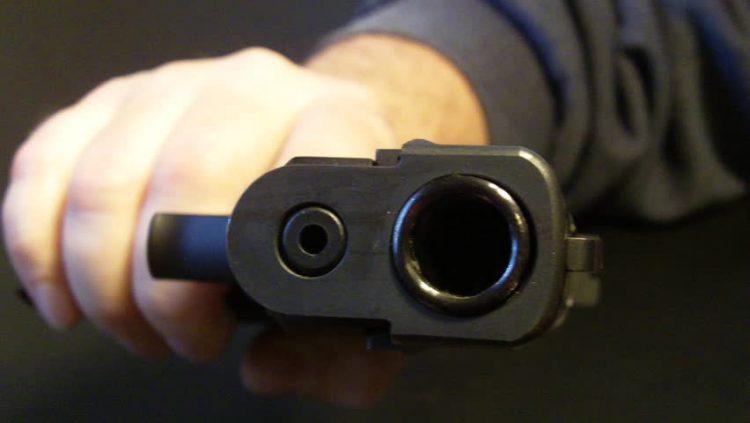 While there are a number of reasons why gun confiscation, which is the end of all “gun control,” will never be able to solve our violence problems is because criminal violence problem is because it comes from the human heart (Matthew 15:19), not a trigger, a barrel and a bullet.  There is only one solution for that and it is repentance towards God and faith in our Lord Jesus Christ (Acts 20:21).

With that said, Mark Houser at The Foundation for Economic Education writes on four reasons that are actually the result of the deception and wickedness of the human heart, which then leads to some form of criminal violence.

The gun-control paradigm—the idea that the solution to American violence is more laws restricting guns—is unhelpful.

Gun control doesn’t work. Indeed, any statistical connection between gun policy and violence is tenuous. But even if gun control was effective, it would still be flawed.

1 Simple Way to Cuts People’s Electric Bill by 90% (It’s Ingenious)
PowerVol
Gun control burdens the free exercise of the constitutionally-protected Second Amendment right to bear arms, so it’s subject to compelling legal challenges and is flatly rejected by many Americans. In addition, the enforcement of stringent gun control invariably inflicts heavy burdens upon other civil liberties—especially in poorer communities and among marginalized populations.

Gun control’s coexistence with the values of a free society is, at best, an uneasy one. But it’s even less viable in the particular context of the United States. Consider the 400 million guns already in private circulation, plus the totally irreversible and ever-increasing ease of the self-manufacturing of firearms. No matter what laws are passed, widespread distribution and access to firearms are (and will remain) immutable facts of American life—especially for people who are willing to break laws.

In this context, it’s evident that gun control cannot solve the problem of violence in this country. The following four observations about American violence suggest some promising alternative paradigms.

1. Suicide is the Central Problem of American Gun Violence

If you visit the statistics page of the website for the anti-gun group Giffords Law Center to Prevent Gun Violence, you’re immediately confronted with an enormous banner: “38,000 AMERICANS DIE FROM GUN VIOLENCE EVERY YEAR—AN AVERAGE OF 100 PER DAY.” However, that banner omits the fact that most of those deaths are suicides. A report in the Harvard Political Review noted that suicides accounted for nearly two-thirds of 2019’s gun deaths.

If we meet gun control groups like Giffords on their own terms and accept the inclusive statistic of “gun deaths” as our metric, it’s clear that gun violence ought to be addressed primarily through a mental health and suicide-prevention paradigm.

Can gun control be part of a suicide prevention strategy?

It’s hard to see how. Virtually any sort of firearm would suffice to take one’s own life, as well as other means. So, there’s no hypothetical in which popular gun control proposals like an “assault weapons ban” or magazine capacity restriction would make a difference concerning suicide.

Moreover, gun control measures such as red flag laws that seek to deprive people of their guns on an ostensible mental-health basis can actually deter struggling people from seeking the help they need. In this sense, a gun-control approach to suicide prevention is not merely useless—it’s actually counterproductive.

There is an enormous literature on suicide prevention and the best ways to help people who are struggling with mental health issues. Discussions of different medications, cognitive therapies, wellness practices, and other measures are far beyond the scope of this article. But this is where our resources and efforts should be focused.

Attempting to stop suicide by imposing gun control is like trying to stop drunk driving by banning cars: it’s a completely implausible “solution” that elides the actual problem at hand.

2. Partner and Familial Violence Are a Huge Part of the Problem

The boogeyman of the gun control lobby is the proverbial “mass shooter,” some deranged, antisocial individual who carries a “military-style” rifle into an ostensibly safe place, like a school or grocery store, and indiscriminately slaughters innocent people. He often has hateful or bigoted motivations for this act.

While such shootings do happen, they are incredibly rare and account for a vanishingly small proportion of the homicides that the U.S. experiences in a given year. Per 2019 FBI data, just 2.6% of homicides are carried out using a rifle. In fact, clubs and bare fists are used to kill more people annually than rifles. And of the mass shootings that we do see, many are gang-related; concerning, but not wholly aligned with the gun control narrative.

And while it’s common knowledge that most victims of homicide are killed by someone they know, a surprisingly large proportion—perhaps as low as 1 in 8, but possibly as high as 1 in 5—are killed by an actual family member. Conservatively, a given homicide victim is about five times more likely to have been killed by a family member than killed with any sort of rifle.

The gun-control movement’s resources and efforts are overwhelmingly guided and driven by the “mass shooter” scenario, hence their fixation on policies like assault weapons bans and magazine capacity restrictions. But, even if such policies could be meaningfully enforced and implemented (they can’t), it’s hard to imagine those sorts of policies having much bearing on partner and familial violence.

The mass shooter fixation, and the gun fixation more broadly, is utterly unable to curb violence of this kind. Instead, resources and efforts would be much better spent addressing partner and familial violence. Organizations that help women to escape dangerous relationships or address other aspects of domestic violence are poised to do much more good than organizations with broad and quixotic disarmament missions.

3. The War on Drugs Can’t Be Overlooked

The failure of the United States’ 20th century experiment with alcohol prohibition has been well-documented. But one unintended consequence of Prohibition was a dramatic increase in violence. Without access to legal means of resolving conflicts, people involved in the illicit alcohol business—for which there was a massive consumer demand—handled their disputes and protected their interests with gunfire.

While romanticized depictions of bootleggers and mobsters have made for entertaining fictional fare, the true story hardly evokes nostalgia. The nation’s homicide rate increased over 40% during Prohibition. The violence was especially pronounced in large cities, which experienced a homicide rate increase of nearly 80%. Even as more resources were directed to law enforcement, the rate of serious crimes soared and prisons overflowed. Had Prohibition been allowed to continue, the already-disastrous situation would likely have deteriorated even further.

Fortunately, Americans realized that the costs of Prohibition were too high. Repealing Prohibition was the clear solution. With the ratification of the 21st Amendment, the nation’s homicide rate dropped precipitously, falling to well below pre-Prohibition levels within just a few years.

Unfortunately, we seem to have forgotten the lessons of Prohibition. The War on Drugs, ostensibly fought to make our communities safer, has in fact made them more violent.

Legal bans on drug sales lead to a vacuum in legal regulation; instead of going to court, drug suppliers settle their disputes by shooting each other. Meanwhile, interdiction efforts raise the price of drugs by curbing supply, making local drug supply monopolies (i.e., gang turf) a rich prize to be fought over. And stuffing our overcrowded prisons full of harmless, hapless drug addicts forces us to give accelerated parole to hardened killers.

In short: it’s Prohibition all over again. But the effects of Prohibition’s modern-day incarnation are even more insidious. After waging the Drug War for decades, we must also consider its secondary and tertiary consequences. As Thomas Eckert points out, the Drug War contributes to family disintegration, poverty, and gang recruitment.

These underlying sociological problems, not guns, are the key drivers of American violence.

Poverty and lack of opportunity are strongly associated with violence.

That’s fairly obvious if you simply look at the geographic and demographic distributions of violence in America, which I have previously explained. Academic research on the subject has come to the same conclusion. (See here and here). Despite being gun control advocates, these researchers understand that there are underlying sociological drivers of violence that transcend “guns” and warrant our attention.

To be sure, most people will readily accept that poverty and despair are associated with violence—that’s unsurprising. However, they may see the problem of poverty as impossibly vexing and intractable. Implementing stricter gun laws might seem more feasible by comparison, even if it doesn’t get to the root of the problem. Part of the appeal of gun control is the simplicity of its narrative.

Moreover, there’s actually a lot that we can do to reduce poverty and create greater opportunity, and many of these measures have—or could plausibly attain—broad-based, bipartisan support. There are sound steps to be taken that are both feasible and meaningful. Michael Tanner of the libertarian Cato Institute presents a compelling array of such policy reforms in his book, The Inclusive Economy: How to Bring Wealth to America’s Poor.

But regardless of whether you favor Tanner’s approach or some other, the essential point to recognize is that violence is largely a symptom of underlying social conditions. Gun control not only fails to fix but actually aggravates those conditions. Any critic of the “War on Drugs” should be able to see how a “War on Guns” has similar effects on individuals, families, and communities.

When speaking of reducing violence by building prosperity, it’s encouraging to know that we’ve already done it, to a very large degree. That’s an inescapable conclusion of Steven Pinker’s The Better Angels of our Nature. Now it’s up to us to make sure that that progress continues, especially on the margins of society where it’s most needed.

Gun control can’t solve our problems. Especially with the widespread adoption of 3D printing and other means of self-manufacture, gun control will increasingly be relegated to irrelevance. Gun control policies will burden only the upstanding citizens who, in good faith, try to abide by them, and are nonetheless ensnared. If we want to get serious about addressing violence in America, there are many more promising areas to focus on.

Some may question why I used the qualifying term “criminal” before violence.  The answer is simple:  Violence is not always wrong.

Violence Is NOT Always Wrong! (Video)