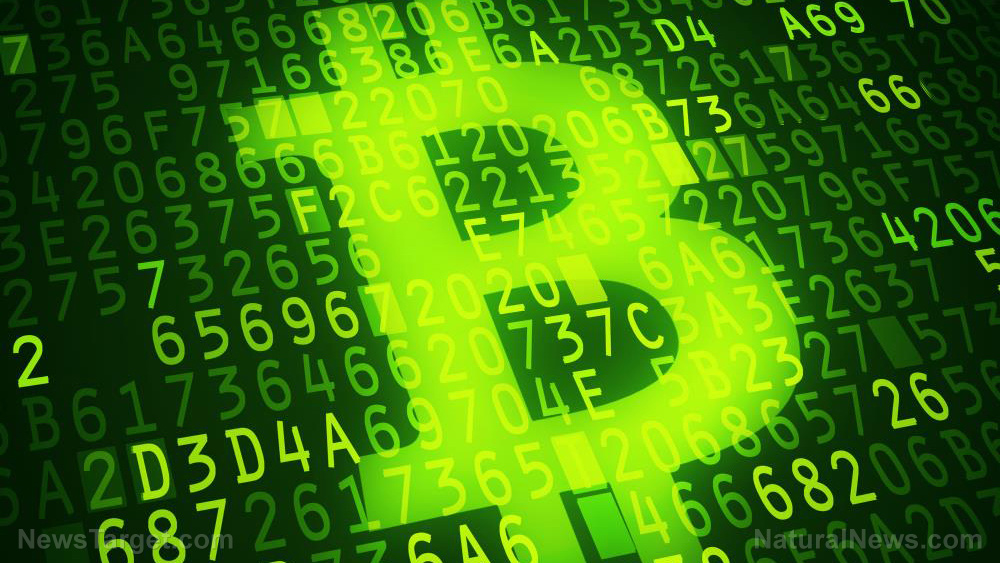 (Natural News) A prominent economist and investment banker, James Rickards, is sounding the alarm on the imminent failure of Bitcoin and Tether cryptocurrencies. He warns that Bitcoin is built on fraud and will eventually collapse, leaving cryptocurrency investors broke, with nothing of sustenance to show. Rickards is a NY Times bestselling author of Currency Wars: The Making of the Next Global Crisis and six other books, including The New Great Depression, Aftermath, The Road to Ruin, Death of Money, and The New Case for Gold.

As Bitcoin investors enjoy lucrative gains early on in 2021, it’s important to remember that this cryptocurrency went through the same pattern just four years ago. In 2017, Bitcoin was worth $20,000 at the beginning of the year but it crashed to $3,300 by December 2018. This 83.5 percent collapse over one year is the greatest recorded asset price collapse in the history of investments. As Bitcoin reaches $50,000 in 2021, its impending collapse promises to be more devastating than before.

Rickards points out that Bitcoin is a bubble, a speculation tied to nothing of value. It’s vertical gains over the past six months are reminiscent of other historic speculations that ultimately ended in catastrophe. Both the Nikkei Index of late 1989 and the NASDAQ Composite of March 2000 showed similar patterns of hyperbolic growth. Neither bubble was sustainable; in fact, the Nikkei crashed over 80 percent starting in 1999 and still hasn’t recovered from its original high. The NASDAQ crashed by 75 percent and it took fifteen years to recover the catastrophic loss. Rickards says, “Bitcoin is positioned for the same kind of fall.”

He believes Bitcoin could “fall from $50,000 to $10,000 or lower before establishing a new base.” While the Nikkei and NASDAQ bubbles were built on investor mania, leverage and over-hyped earning releases from companies looking to get ahead in the index, the Bitcoin bubble is built on underlying crypto fraud that is leveraging Bitcoin investors and fraudulently propping up the value of the Bitcoin. Because Bitcoin is unregulated, the underlying fraud will not be addressed. When the inevitable bubble bursts, the damage will be far greater than the collapse of Nikkei and NASDAQ bubbles of the past.

Fraud is propping up Bitcoin

According to the New York State Attorney General, Bitcoin is propped up by people who buy Tether and leverage it. The people who cash in on Tether typically buy Bitcoin from unregulated crypto exchanges in Africa and Asia. These exchanges award “free” Tether coins for those who bring in new customers, leveraging new users and fraudulently driving up the price of Bitcoin.

The problem with Tether is that there are no liquid assets to back it up. The company sponsoring Tether is called Bitfinex, and they call their cryptocurrency “stablecoin.” The Tether is fixed at $1.00 and is supposedly held in safe liquid assets. The dollar reserves backing Tether are supposedly held in a Bahamian bank named Deltec Bank and Trust; however, the assets claimed by Tether are greater than the total U.S. dollar assets of the entire Bahamian banking system. Stablecoin is obviously not that valuable; it has been propped up by fraudulent marketing gimmicks that destroy its own value to prop up the price of Bitcoin.

“Meanwhile, the dollars supposedly backing Tether are unaccounted for,” says Rickards. “If this process were to go in reverse, which it inevitably will, the Bitcoin values would collapse quickly (because of leverage) and Tether would be unable to redeem retreating Bitcoin investors (because of the unaccounted-for liquid assets).”

When Bitcoin does crash, Rickards warns, “The Tether crooks would walk away with dollars. The prices of Bitcoin and Tether would collapse catastrophically. And the Bitcoin ‘investors’ would walk away empty-handed.”

Read Collapse.News for more on speculations and collapsing financial systems.