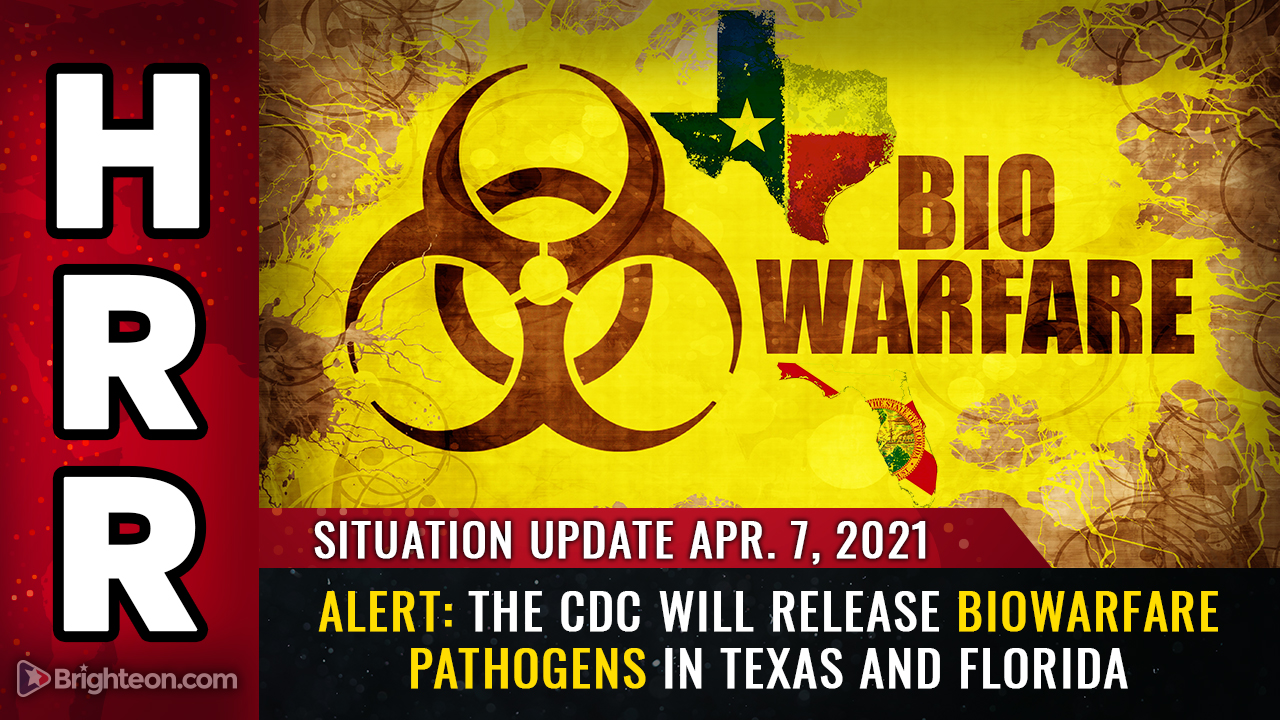 (Natural News) The CDC is a criminal “gangster” organization that has repeatedly turned to bio-terrorism and media propaganda to gain money and power. All the way back in the 1980s, the CDC ran a nationwide AIDS terrorism campaign, claiming AIDS would affect straight, heterosexual men, sweeping across America and threatening the very existence of humanity. In truth, AIDS primarily affects homosexuals with multiple sex partners and street drug users who share needles. But the psychological terror campaign pushed by the CDC earned them a windfall of new funding from Congress, positioning the CDC as the “authority” to control all aspects of human behavior under the cover of preventing a pandemic.

After AIDS, the CDC ran more terror campaigns against America and the world, spreading mass hysteria over the H5N1 bird flu, then the Zika virus, and now covid. It’s always the same playbook: Wildly exaggerate the risk, assert authority over all human behavior — the CDC now controls private rent contracts across the USA — and demand billions in new funding from the government.

It’s all a criminal racket, because the other purpose in all this is to create demand for vaccines that enrich Big Pharma. The vaccines, then, are designed to spread more infectious disease, resulting in more “outbreaks” that the media leverages to whip up yet more mass hysteria, which sells more vaccines. The entire time, the CDC demands more power, more funding and more “authority” to control every human behavior.

When people aren’t adopting vaccine mandates quickly enough, the CDC runs “black ops” teams to spread infectious disease, giving the media more fresh meat for their mass hysteria propaganda campaigns. A few years ago, the CDC partnered with California lawmakers and vaccine corporations to spread measles in Disneyland, resulting in a coordinated mass hysteria media campaign which, to no one’s surprise, concluded with Big Pharma puppet Calif. State Sen. Richard Pan rolling out SB 277, the law that banned vaccine exemptions in California. The entire operation was planned from the start: Release the measles, ignite the media fear campaign, roll out the pre-written law, and get it passed during the emotional reaction phase of the media campaign.

The CDC is running the exact same playbook with covid, and because the CDC is a “gangster” criminal front for Big Pharma, there’s nothing they won’t do to keep a pandemic going. That’s why it’s rather straightforward to understand they’re going to release bioweapons pathogens in Texas and Florida — possibly new “variants” of covid — to try to crush those states’ resistance to vaccine passports.

Any state that denounces vaccine passports or vaccine mandates will be targeted by the CDC’s black ops team, who run around the country with vials of pathogens like a scene out of the movie 12 Monkeys, releasing them in airports, bus stations and public venues.

We have now arrived at the point where our government is an active bioterrorism group that needs continues outbreaks, fear and public obedience to maintain its power. After all, evil Dr. Fauci directly funded the WIV “gain of function” research that led to the creation and release of the coronavirus bioweapon in the first place. The entire thing was engineered from the start and released on schedule to crush world economies, push mail-in voting for the U.S. election and initiate the “global reset” that will enslave humanity under the rule of anti-human globalists.

The CDC is happily playing right along, pushing deadly vaccines and releasing weaponized strains as needed to keep the entire scam going, all while demanding more vaccines, masks and social distancing.

We are all living under a criminal medical mafia that now acts as the greatest threat to humankind, while pretending to be our saviors. The CDC works for Big Pharma and the depopulation globalists, not the American people.

Listen to today’s full podcast to learn more details that will shock you:

Get a new podcast each day at: