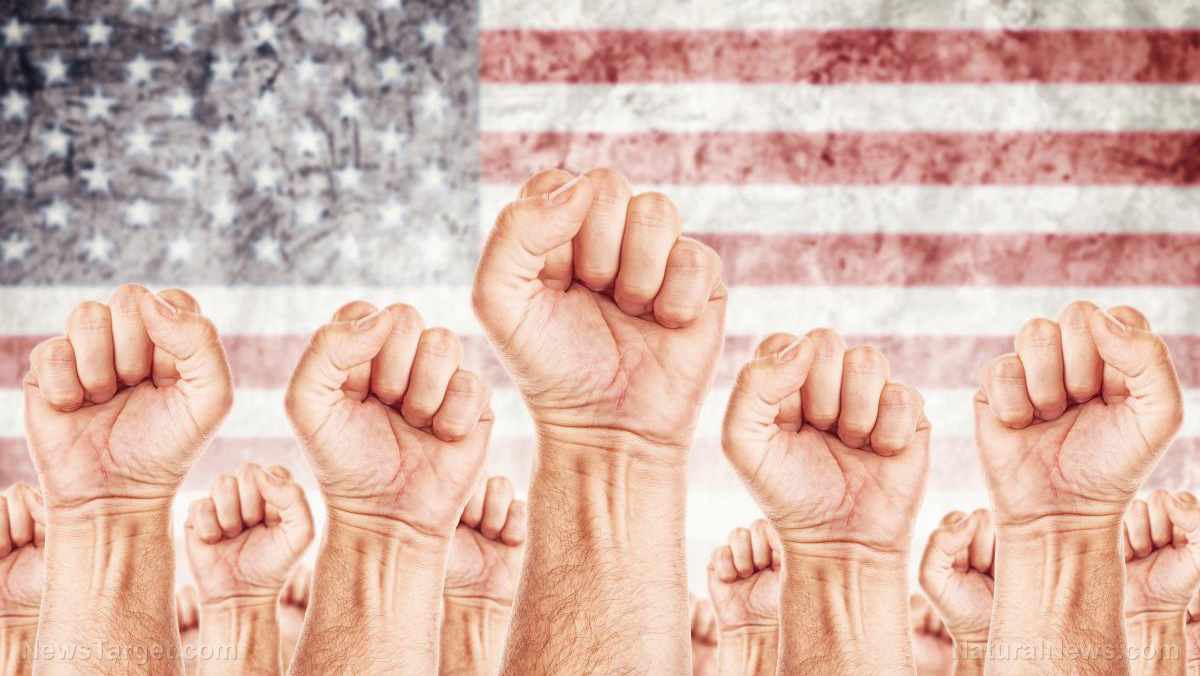 (Natural News) Just say no to chemical violence and medical violence. Don’t be coerced into getting the Chinese Flu vaccines that contain experimental mRNA technology when the whole vaccine industry in this country has already dished out over $4 billion in damages to its victims, dead and alive. If you believe the vaccine industry is out to save you from disease and disorder, you are gravely mistaken.

The entire state of Florida is quite aware of this, and that’s exactly why Florida’s Governor Ron DeSantis (R) just announced he’s taking EXECUTIVE ACTION against these tyrannical China Flu (Covid-19) vaccine passports.

The SS Police of America are beginning the Nazi-style “let’s see your papers” campaign where if you haven’t been polluted with mRNA bioweapons technology, inserted via vaccines, then you can’t travel anywhere, anymore. But it’s not working out so well for them. Florida just said no. No dice. Not happening here. DeSantis has a main goal of protecting Floridians from dirty vaccines. What does Governor DeSantis know about vaccines that you don’t?

These protections are about to be permanent also, as DeSantis begins signing them into law with the Legislature. Meanwhile, the Biden Regime and their CCP controllers are full-on attempting to launch “vaccine passports” nationwide, and prohibit any American from flying anywhere without their Nazi-style vaccine passports. It’s dirty politics piled on dirty medicine piled on a population reduction master plan.

Want to travel on an airplane? Get injected with the immune-system-controlling mRNA vaccine series, but don’t be surprised when the Bill Gates inoculation and Covid-22 wipes out all the vaccine victims.

In deciding how to incentivize people to get the experimental mRNA vaccine series, the former President of Planned Parenthood spoke on CNN about this immediate need to address the coercion factor for forcing people to get inoculated, or take their freedoms away, including traveling anywhere, attending any events, running a business, or working anywhere. Next you won’t be able to buy groceries.

If we just reopen, then you can’t dangle the poison carrot anymore, is how they’re justifying the rush to get every American vaccinated with Bill Gates’ genetically mutated China Flu “protein” builders. These invade your cells like a Trojan horse, and then suppress your body’s ability to fight off cancer. Imagine that. This has already been proven by science.

Blue States have already fallen to the Marxist Brigade. The Biden Regime has every Democrat Governor in their back pocket already. This is the “Tea in the Harbor” of the Revolutionary War. This is the Boston Tea Party folks. Wake up. It’s estimated that protestors threw over 90,000 pounds (about 20 million teabags worth) of tea into the harbor that night. That’s about a million dollars today. What Florida is doing is worth billions, for the lives of the people who won’t die from vaccine “side effects” and mRNA immune-system-destroyers.

As of now, Florida has said NO to vaccine passports and the Marxist DC Democrats whose plandemic rules and laws are meant to wreck the economy while mass-vaccinating the sheeple for their population reduction genocide scheme.

Tune your internet frequency to Pandemic.news for updates on vaccine passports being required inside the United States of Marxism.