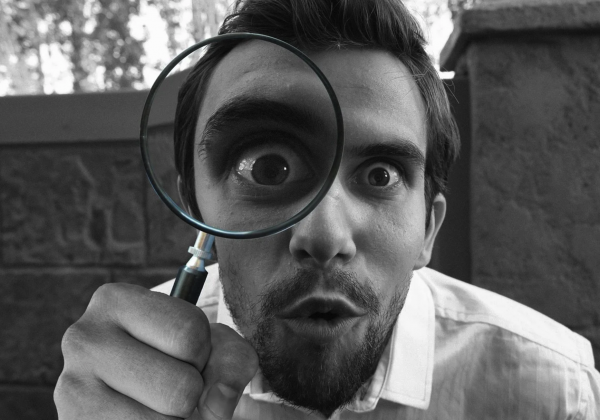 Don’t you hate it when what you get turns out to be far different from what you were promised?  In this article, I am only going to share facts that have been documented by corporate media sources.  These facts are going to upset a lot of people, because they prove that much of what we had been promised didn’t turn out to be true.  So many people that I know were convinced that if they just got their two shots they would be 100 percent protected for the rest of their lives and they would never have to be concerned about getting COVID ever again.  In addition, most Americans still seem to believe that if a high enough percentage of the population gets their shots COVID will be defeated and the pandemic will be brought to an end.  Unfortunately, all of those assumptions have turned out to be dead wrong.

If you don’t want to believe me, perhaps you will believe the CEO of Pfizer.  This week, he admitted that “fully vaccinated” people will need a third shot of the vaccine within 12 months…

Pfizer CEO Albert Bourla said people will “likely” need a third dose of a Covid-19 vaccine within 12 months of getting fully vaccinated. His comments were made public Thursday but were taped April 1.

Bourla said it’s possible people will need to get vaccinated against the coronavirus annually.

If people are going to need a new shot every year, that means that COVID will be with us for a very long time to come.

This is essentially an admission that the COVID pandemic will not be ending any time soon.

Needless to say, Pfizer stands to make giant mountains of money if COVID vaccines become a yearly thing, and we need to keep that in mind.

A lot of people that I know are going to be extremely upset when they finally realize that the two shots that they got only provide temporary immunity.

And of course lots of people are still getting sick after being fully vaccinated.  According to the CDC, so far there have been almost 6,000 documented cases of people being infected after getting two shots, and dozens of them have died…

The Centers for Disease Control (CDC) has reported that roughly 5,800 people who received a coronavirus vaccine still ultimately came down with the disease anyway, according to CNN.

Of those 5,800, 396 of them (roughly 7 percent) were hospitalized; 74 of the vaccinated people ultimately died. The report proves that the vaccines, though frequently touted by the government and the media, are not guaranteed to prevent everyone from contracting the virus.

That wasn’t supposed to happen.

But it is happening.

Meanwhile, there is a lot of uncertainty about how the current vaccines will fare against variants that have already developed and variants that will develop in the future.

At this point we just don’t know how effective the vaccines will be, but the New York Times is assuring us that we don’t have anything to be concerned about…

“I use the term ‘scariants,’” said Dr. Eric Topol, professor of molecular medicine at Scripps Research in La Jolla, Calif., referring to much of the media coverage of the variants. “Even my wife was saying, ‘What about this double mutant?’ It drives me nuts. People are scared unnecessarily. If you’re fully vaccinated, two weeks post dose, you shouldn’t have to worry about variants at all.”

I have a feeling that Dr. Eric Topol will end up eating those words.

The reason why a new flu vaccine comes out every year is because the flu is constantly changing and mutating.

The same thing is happening to COVID, and there are already dozens of mutant variations spreading around the globe.

To me, Dr. Eric Topol’s statement was exceedingly irresponsible, especially considering some of the studies that have come out lately.  Here is just one example…

Two doses of the AstraZeneca Covid-19 vaccine were found to have only a 10.4% efficacy against mild-to-moderate infections caused by the B.1.351 South Africa variant, according to a phase 1b-2 clinical trial published on Tuesday in the New England Journal of Medicine. This is a cause for grave concern as the South African variants share similar mutations to the other variants leaving those vaccinated with the AstraZeneca vaccine potentially exposed to multiple variants.

In this article, I haven’t even discussed all of the side effects that we have been witnessing.  A few days ago, the FDA issued an unprecedented order regarding the Johnson and Johnson vaccine because it was causing blood clots in a number of cases…

This week, the Food and Drug Administration called for a halt in the administration of the single dose vaccine for COVID-19 manufactured by Johnson and Johnson. The halt was ascribed to the rare incidence of blood clots that could potentially be related to the vaccine.

I am glad that the FDA decided to step in, but the order came too late for this guy…

When the news broke about the pause of the Johnson & Johnson vaccine Tuesday, one Coast family was already living with a tragedy they believe was caused by the vaccine.

It started out as a normal day for 43-year-old Brad Malagarie of St. Martin. This busy father of seven spent the morning at his D’Iberville office before heading to get a Johnson & Johnson vaccine a little after noon.

He returned to work, and within three hours coworkers noticed he was unresponsive at his desk.

It shouldn’t be controversial to say that rushing experimental vaccines through the testing process was a really bad idea.

We should be putting the safety of the American people first, and nobody knows for sure what the long-term effects of these experimental treatments will be.

In this day and age, we all need to do our own research and we all need to think for ourselves, because the big pharmaceutical companies are more concerned with profits than anything else.

If you are harmed by their experimental therapies, the big pharmaceutical companies won’t be there to pick up the pieces for you if something goes horribly wrong.

About the Author: My name is Michael Snyder and my brand new book entitled “Lost Prophecies Of The Future Of America” is now available on Amazon.com.  In addition to my new book, I have written four others that are available on Amazon.com including The Beginning Of The End, Get Prepared Now, and Living A Life That Really Matters. (#CommissionsEarned)  By purchasing the books you help to support the work that my wife and I are doing, and by giving it to others you help to multiply the impact that we are having on people all over the globe.  I have published thousands of articles on The Economic Collapse Blog, End Of The American Dream and The Most Important News, and the articles that I publish on those sites are republished on dozens of other prominent websites all over the globe.  I always freely and happily allow others to republish my articles on their own websites, but I also ask that they include this “About the Author” section with each article.  The material contained in this article is for general information purposes only, and readers should consult licensed professionals before making any legal, business, financial or health decisions.  I encourage you to follow me on social media on Facebook, Twitter and Parler, and any way that you can share these articles with others is a great help.  During these very challenging times, people will need hope more than ever before, and it is our goal to share the gospel of Jesus Christ with as many people as we possibly can