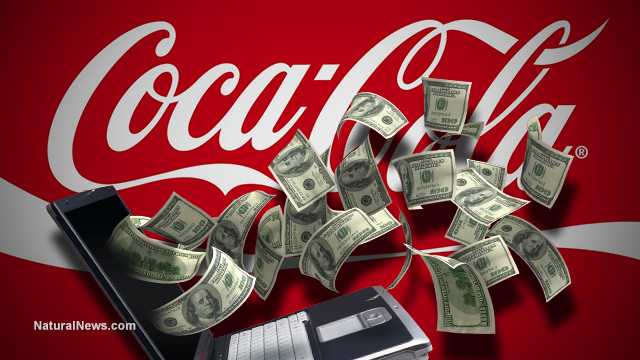 Natural News) For years, many of the world’s most powerful “three-letter agencies” – think CIA, FBI, and NSA – have gone “woke” as a cover for their devious activities and crimes against humanity. Now, large corporations are doing the same in an attempt to look virtuous, even as they rape and pillage the masses.

It is no longer a secret that the United States has become a tyrannical police state controlled by a system of corporate-government fascism. Many of the biggest and most powerful corporations in the world are based here, and they use their money and influence to buy off politicians and even judges, effectively steering policy in their favor.

By controlling the narrative in this way, large corporations effectively control the nation with an iron fist. To maintain the illusion of benevolence, though, these companies often pretend to support causes that would seem to prop up the “marginalized” and “disenfranchised.”

Among the most common “woke” causes that corporations support are the Cult of LGBTQ and Black Lives Matter (BLM), two far-left movements embraced by Democrats that serve as a convenient cover for corporations, government spy agencies, Hollywood celebrities and others to virtue signal outwardly while committing heinous crimes inwardly.

“By draping itself in the finery of political activism, the corporatist class consolidates political power, corrupts democracy and distracts from its real functions,” explains Glenn Greenwald on his blog.

It has long been the case that corporations simply influenced the political process with money. Most of the time they did not even bother to virtue signal, save for the occasional nominal donation to a “charity” organization.

These days, corporate “wokeness” has reached deafening levels as the corporate elite clamor to don themselves in “rainbow” flags or hire more black and brown people to appear “diverse.” Whatever will score the most points with the woke police is how today’s corporations seem to operate.

“In the wake of the George Floyd killing last summer, it became virtually obligatory for every large corporation to proclaim support for the #BlackLivesMatter agenda even though many, if not most, had never previously evinced the slightest interest in questions of racial justice or policing,” Greenwald notes.

One of the few companies that does not operate this way is Coinbase, a Silicon Valley-based cryptocurrency exchange that announced it would not be participating in any social justice causes or partisan debates that are unrelated to its core business mission.

Company co-founder Brian Armstrong stated that while some of these movements might be “well intentioned,” they have the potential “to destroy a lot of value at most companies, both by being a distraction, and by creating internal division.”

Almost immediately, Coinbase incurred major backlash from the woke crowd which sought to destroy the company. The New York Times, for instance, published a lengthy indictment of the company for committing the unforgivable sin of neutrality.

False accusations about “racism” and “toxic bigotry” have also been levied at Coinbase by savage “journalists” and other far-left activists who believe that “silence is violence.”

This woke culture war is destroying not just businesses, but people’s lives. Left-wing fascists oppose not just their political opponents but also those who choose to remain neutral on political matters.

“Part of the motive may be self-serving strategy,” Greenwald speculates. “With Democrats controlling both houses of Congress as well as the Executive Branch – all of the instruments that can legislate and regulate their businesses – they may be calculating that using their massive weight to serve the Democratic Party’s political agenda is wise.”

“Doing so could curry favor with powerful lawmakers and regulators and result in rewards or, conversely, allow them to avoid punishment and recrimination for the crime of refusing to engage in activism.”

More related news about left-wing fascism can be found at Fascism.news.