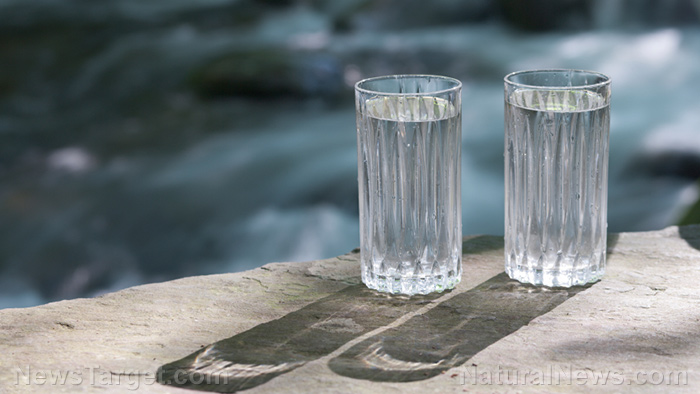 (Natural News) Regular access to fresh water is a luxury for more than 1.5 billion people who live in arid locations. On the other hand, sunshine is abundant in these places that lack fresh water. With this in mind, a team of researchers are developing a device that creates fresh water using the power of the sun. The team’s new device can produce water sufficient for a family of four every day.

To make this possible, researchers at the University of South Australia (UniSA) fine-tuned existing solar evaporator technology to make the process highly efficient. The resulting tweaks enabled the production of fresh drinking water for a day – enough for a family of four – from a square meter of either seawater or contaminated water.

The solar evaporator system can be produced from inexpensive materials, yet can still show exceptional performance. Between 10 to 20 liters of fresh water daily can be harvested from each square meter of unfiltered water. The researchers’ study, published in Solar RRL, also indicated that the resulting potable water registered a salinity level well below 50 parts per billion.

The evaporator is based on a photo-thermal structure placed on the surface of a water source. It then converts sunlight to heat and helps evaporate the top layer of the liquid, which can then be collected as fresh water. The secret of the system lies in the fin-shaped evaporator that performs like a heatsink.

According to the UniSA researchers, “all surfaces of the evaporator remain at a lower temperature than the surrounding water and air” because of the heatsink technique. This subsequently enables additional energy from outside the evaporator to flow toward it. Furthermore, its three-dimensional design “shifts surplus heat away from the evaporator’s top surfaces” and redirects the heat to the water.

The researchers touted the advantages of their 3D solar evaporator over other similar photo-thermal systems. Associate professor and lead study author Haolan Xu remarked: “Previously, many of the experimental photo-thermal evaporators were basically two-dimensional. [They] were just a flat surface, and they could lose 10 to 20 percent of solar energy to the bulk water and the surrounding environment.”

Aside from preventing solar energy loss, the evaporator developed by Xu and his team “draws additional energy from the bulk water and surrounding environment.” The UniSA associate professor elaborates: “[The] system operates at 100 percent efficiency for the solar input, and draws up to another 170 percent energy from the water and environment.” (Related: Engineers develop revolutionary technology that uses solar energy to turn seawater into potable water.)

Moreover, the solar evaporator is inexpensive and easy to construct and deploy. “Because it is so simple and requires virtually no maintenance, there is no technical expertise needed to keep it running and upkeep costs are minimal,” Xu said.

The design also contributes to its low-maintenance requirement, as it prevents the buildup of salt and other contaminants on the evaporator’s surface. Because of this, it has the potential to become a low-cost alternative to more expensive desalination plants.

“This technology really has the potential to provide a long-term clean water solution to people and communities who can’t afford other options. [These] are the places such solutions are most needed,” Xu commented.

Researchers from Princeton University in the U.S. also launched a similar technology that uses the sun to turn dirty water into potable water. While the team from Australia made use of a 3D solar evaporator, their American counterparts developed a low-cost filter made from hydrogel encased in two layers. The filter which looks like a sponge soaks up dirty water at room temperature but releases clean water when exposed to sunlight.

The Princeton researchers said the solar water filter can purify water tainted with contaminants such as petroleum, lead, small molecules and different kinds of pathogens. The hydrogel core traps pure water inside while the outer layers keep contaminants out. (Related: Moisture harvester is powered by the sun to produce clean water from air.)

Device co-inventor Xiaohui Xu – unrelated to the UniSA associate professor – described the filter: “Sunlight is free and the materials to make this device are low-cost and non-toxic. [So] this is a cost-effective and environmentally friendly way to generate pure water.” She even proposed putting it in a water source the night before, letting the morning sun do the work of filtering the water for use.