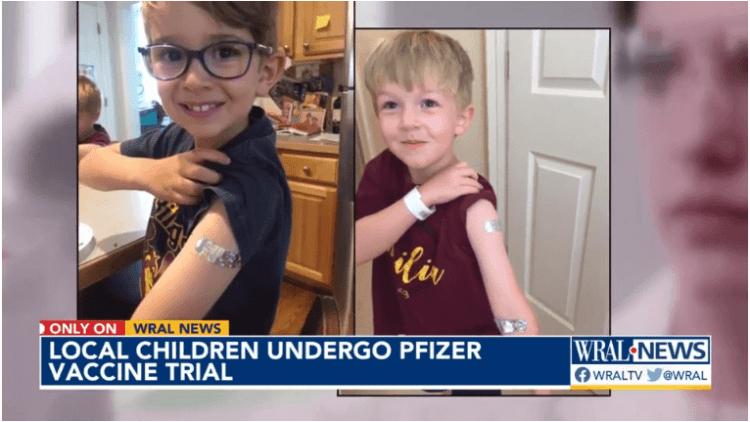 That’s right, the unconstitutional agency whose Vaccine Adverse Effects Reporting System is fatally flawed and only reports 1% of deaths and adverse effects has added a 1 and a 2-year-old to the list of those who have died after receiving the experimental COVID genocide jab.

While none of the COVID injections have emergency use authorization for children under the age of 17 yet, there are ongoing trials with children being injected with the experimental shots as young as 6 months old.

VAERS ID 1255745 involved a 2-year-old baby girl in Virginia who died 5 days after she was injected. The VAERS entry appears to be made by a family member who laments that the child’s death “was going to happen anyway,” apparently repeating what health officials were telling them, and that they would probably claim her death “had nothing to do with the shot.”

Write-up: she was going to die/dies after vaccine; 2-year-old patient; This is a spontaneous report from a non-contactable consumer via a Pfizer-sponsored program.

A 2-year-old female patient received bnt162b2 (PFIZER-BIONTECH COVID-19 VACCINE), second dose at the age of 2-years-old via an unspecified route of administration on 25Feb2021 (Batch/Lot number was not reported) as single dose for covid-19 immunisation.

The patient”s medical history and concomitant medications were not reported. It was reported that the 2-year-old dies after vaccine on 03Mar2021. Reported on VAERS.

Look for the researchers to exclude her from the study, probably claiming her death had nothing to do with the shot, she was going to die that day, five days after vaccination anyway.

That”s how they roll. The patient died on 03Mar2021. The outcome of the event was fatal. No follow-up attempts are possible. Information on lot/batch cannot be obtained. No further information is expected.; Reported Cause(s) of Death: she was going to die

VAERS ID 1261766 involved a year-old baby boy in Florida who suffered convulsions and seizures after the Moderna shot and died 2 days later.

And these people want to go after 2 to 11-year-olds now!  I cannot fathom a parent who is informed consenting to these injections of their children.  The reason they are doing so is they blindly trust those pushing it.  It’s time to wake up!  We aren’t just talking about you now, we’re talking about your kids!