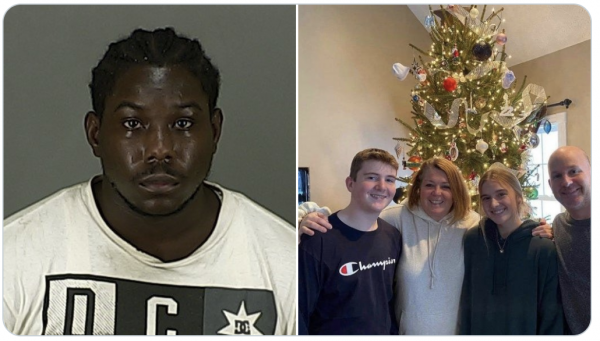 We’ve gone over this before.

White privilege in America doesn’t exist. It’s a myth, used to devalue all white individuals as collectively guilty for some (increasingly nebulous) constantly moving and evolving problem plaguing non-whites that obviously will never, ever be resolved.

In the meantime, hardworking white people completely devoid of the magic of white privilege are increasingly deprived of their lives by individuals enriched with melanin. [Man arrested in Akron shooting death of Kristopher Roukey, a Lyft driver from Hudson, BeaconJournal.com, May 4, 2021]:

A Hudson man working as a Lyft ride-share driver was shot and killed Sunday at an Akron intersection.

Kristopher Roukey, 48, of Hudson, was shot multiple times near the intersection of East Market Street and Buchtel Avenue by a man walking on the street. The accused shooter was arrested at noon Monday at a home a short distance away.

Callers to 911 describe a man who was shot sitting alone in the driver’s side of a vehicle, and a shooter walking away from the scene, according to recordings released by police.

Akron police said it’s been determined Roukey was a Lyft driver, but it’s unknown how his work was related to the shooting.

Officers responded to reports of a shooting at the intersection at 4:55 p.m Sunday. Police said Roukey was unresponsive and had been shot several times.

He was taken to Summa Akron City Hospital, which is near where the shooting happened. He died in the hospital about 5:30 p.m.

According to a news release from the U.S. Marshal of Northern Ohio’s office, Kahlyl Powe, 23, is accused of fatally shooting Roukey.

Powe was quickly identified as a suspect by Akron detectives, according to the news release. Officers and the Northern Ohio Violent Fugitive’s Task Force were able to find and arrest him in the 500 block of Buchtel Avenue, just blocks away from where the shooting happened.

Lyft issued a statement to Beacon Journal partner News 5 Cleveland saying it would assist law enforcement with the investigation.

“We are heartbroken by this incident and our hearts are with the driver’s loved ones during this incredibly difficult time,” the statement said. “Safety is fundamental to Lyft and we are in touch with law enforcement to offer our assistance.”

The city of Akron released a statement Monday, identifying Roukey as the husband of a city employee.

“We were deeply saddened to learn that yesterday, the husband of a dedicated member of our Recreation and Parks staff was lost to senseless gun violence here in our community,” Mayor Dan Horrigan said. “We understand a suspect has already been taken into custody with the swift assistance of the Northern Ohio Violent Fugitive Task Force and the Akron Police Department. Our hearts are with the family and friends of the Roukeys, as they cope with the tragic loss of a life cut too short.”

In the news release, U.S. Marshal Pete Elliott said: “Senseless violence and murder will not be tolerated in any of our communities in northern Ohio. Law enforcement will work day and night to bring those wanted for these heinous crimes to justice. Hopefully the swift arrest of this suspect will bring some closure to the family of the victim.”

His Name is Kristopher Roukey, a white male and father of two working as a Lyft driver. He was murdered in the afternoon at 4:55 p.m. by a black male.

All of this happened in a nation, we are constantly reminded by our elite in government, the corporate media and academia, utterly overwhelmed with white supremacy, white privilege, systemic inequality, implicit bias, and institutional racism.

If any of this were true, the corporate media wouldn’t stop taking about Kristopher Roukey.

Instead, they refuse to report he was a white father murdered by a black man.