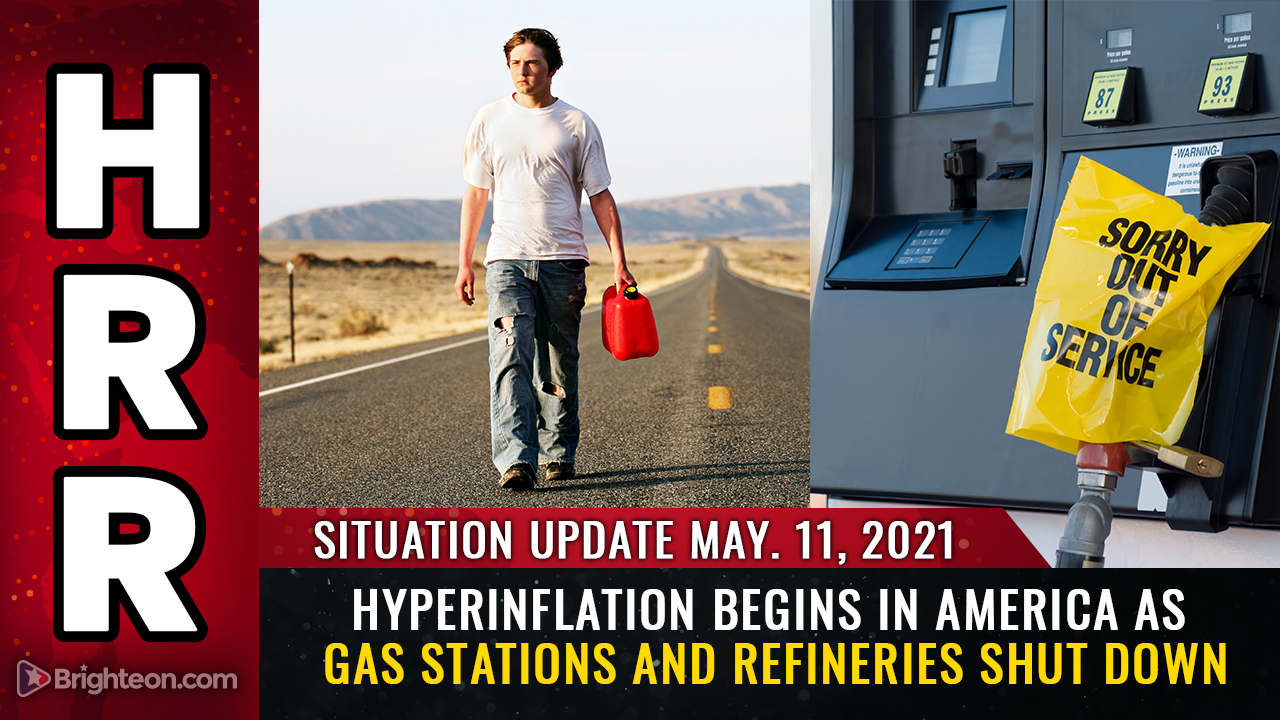 (Natural News) We are now living through the initial stages of hyperinflation and the collapse of the debt-based dollar, as prices on nearly everything continue to skyrocket by the day. The massive printing of trillions of dollars by the Federal Reserve — and catapulting of that money into the economy via “stimulus” handouts — is overheating demand for commodities like wood, copper, aluminum and iron. At the same time, the national economic infrastructure that delivers goods is crumbling, due to the free covid stimulus money reward workers for staying home and avoiding productive jobs.

So we now have a government that’s destroying the money supply and destroying the productive economy with endless money printing. The end result is not in doubt: Runaway hyperinflation, scarcity of food, fuel and other goods, and the accelerating collapse of the small businesses that power this nation.

Ultimately, this also means the collapse of major U.S. cities into chaos and lawlessness as the last remaining vestiges of civilized society melt into nothing.

Even while the criminally corrupt government claims there is been zero inflation, in truth the dollar has already lost 20% – 40% of its purchasing power this year alone. These are the beginning stages of runaway hyperinflation. With many food staples already seeing 70% – 90% increases in the commercial markets (corn, soy, canola, etc.), these prices increases are just months away from festering their way into retail food prices. By the end of 2021, food prices at retail will have doubled or tripled compared to 2020. And shortages will be far worse than they are now.

Every dollar you have in a bank account is losing perhaps 10% a month right now, in terms of its purchasing power. As the Biden regime’s money printing accelerates, this will increase to 10% a week… and then at some point, 10% a day. Anyone left holding dollars will lose everything as America’s currency descends into Zimbabwayan territory.

Pipeline attack was likely the U.S. deep state, and refineries are already shutting down to accelerate the damaging of the economy

At the same time, the so-called “cyber hack” of the Colonial Pipeline is causing widespread gasoline outages across Southeastern states, and two major oil refineries have already shut down due to the lack of oil.

This attack on the pipeline was likely carried out by the U.S. deep state, then blamed on “Russian hackers.” The goal of the attack is to accelerate the collapse of the U.S. economy and exacerbates food shortages by interfering with trucking operations that deliver food and other goods to local retailers.

In essence, you are watching the coordinated, deliberate takedown of the United States economy by deep state actors who are working for communist China. These are the same people pushing masks and vaccines, of course, while calling for more censorship of independent media.

Listen to my full Situation Update podcast to learn more shocking details about the deliberate economic destruction of America:

Discover a new Situation Update podcast each weekday at:

I’ve also published another special report podcast about tactical food security. It reveals strategies and tactics you can use to protect your food supply (or hide it) when society collapses and the zombies come for your stash.

Listen and learn at: