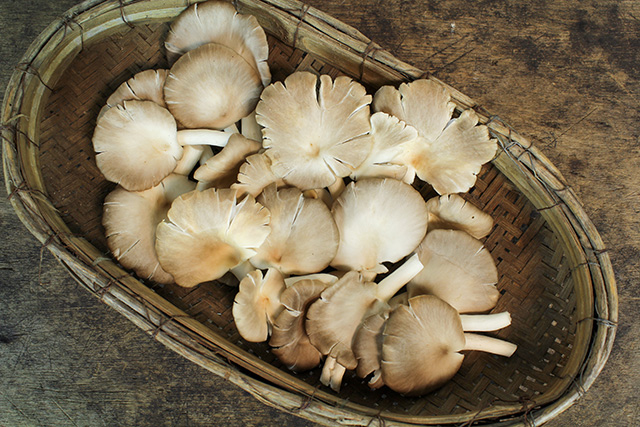 (Natural News) Many people, especially those following a vegan diet, usually consume edible mushrooms to fulfill their bodies’ protein needs. However, a study from March 2021 found another benefit of including mushrooms in the daily diet. A team of scientists discovered that consuming more mushrooms is associated with a lower risk of cancer.

Researchers from the Pennsylvania State University and Penn State College of Medicine examined published studies regarding mushroom intake and cancer risk from January 1966 up to October 2020. They identified 17 relevant research papers from MEDLINE, Cochrane Library and Web of Science involving more than 19,500 cancer patients. Their systematic review and meta-analysis was subsequently published in Advances in Nutrition in March 2021.

The team found that people who ate 18 grams of mushrooms every day – about 1/8 to 1/4 cup – had a 45 percent lower chance of developing cancer compared to those who did not. Further scrutiny revealed that of the specific cancers examined, people who ate mushrooms had a significantly lower risk of breast cancer.

Study author and professor John Richie remarked: “Overall, these findings provide important evidence for the protective effects of mushrooms against cancer. Moving forward, this research could be helpful in further exploring the protective effect of mushrooms against cancer.” He added that “future studies are needed to better pinpoint the mechanisms involved and specific cancers that may be impacted [by mushroom consumption.]”

The paper mentioned that mushrooms are rich in bioactive compound and micronutrients, making them an integral part of a healthy diet. Some of the important substances they contain include fiber, polysaccharides, selenium and other vitamins. Mushrooms also contain two crucial sulfur antioxidants – glutathione and ergothioneine. Scientists have pointed to these two compounds as having important roles in promoting healthy aging and preventing chronic diseases.

Some mushrooms contain higher amounts of antioxidants than others, but they are beneficial nevertheless

Study co-author and graduate student Djibril Ba remarked: “Mushrooms are the highest dietary source of ergothioneine, which is a unique and potent antioxidant and cellular protector. Replenishing antioxidants in the body may help protect against oxidative stress and lower the risk of cancer.” (Related: Polysaccharide extract from reishi mushrooms found to have hypolipidemic, antioxidant, and antiapoptotic properties.)

However, it is worth noting that the amount of ergothioneine in different kinds of mushrooms vary. Shiitake (Lentinula edodes), maitake (Grifola frondosa) and oyster (Pleurotus ostreatus) mushrooms contain high amounts of this compound. Cremini, white button and Portobello mushrooms – different forms of Agaricus bisporus – contain lower amounts of this antioxidant.

The findings of the March 2021 analysis appear to back up the results of an earlier research paper. Back in October 2017, a different team of Penn State researchers found that certain kinds of mushrooms contained high amounts of these two antioxidants. The earlier team also discovered that the amount of ergothioenine and glutathione in mushrooms vary among species they examined.

Penn State Center for Plant and Mushroom Products for Health Director Robert Beelman said that time: “What we found is that, without a doubt, mushrooms are the highest dietary source of these two antioxidants taken together, and that some types are really packed with both of them.” The retired food science professor continued that cooking mushrooms “does not seem to significantly affect” both antioxidants. “Ergothioneine is very heat-stable,” he remarked. Beelman is also a co-author in the 2021 paper.

Beelman and his colleagues published their findings in the October 2017 edition of Food Chemistry. They noted in their earlier study that mushrooms that are high in glutathione are also high in ergothionine – implying a correlation in the amounts of the two antioxidants. In addition, they noted that the more common mushrooms had lower amounts of these two compounds – but had higher amounts than other food items.

While the 2021 study noted that shiitake, maitake and oyster mushrooms contain high amounts of ergothionine – the earlier research paper said a different variety registered high levels of both ergothionine and glutathione. Of the 13 species Beelman and his team tested, porcini (Boletus edulis) contained the highest amounts of the two antioxidants. (Related: Medicinal mushroom used in traditional Taiwanese medicine protects the liver from inflammation, fibrosis, and cancer.)

“We found that the porcini has the highest [amount], by far, of any [variety] we tested,” he commented. The researcher continued: “This species is really popular in Italy, where searching for it has become a national pastime.”

Visit Cancer.news to read more articles about mushrooms and other superfoods to fight the big C.