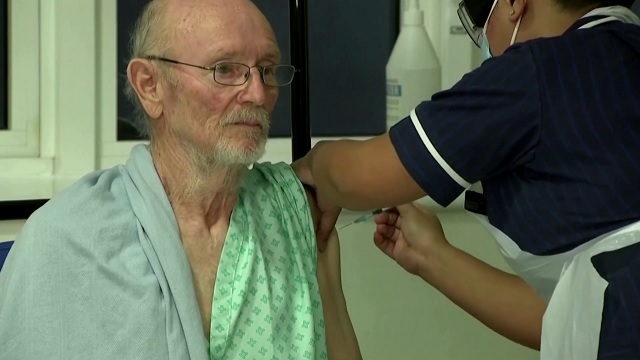 The first man in the world to take Pfizer-BioNTech’s COVID mRNA vaccine after it was approved for emergency use has died of a stroke.

From The Daily Mirror, “William Shakespeare dies at 81 after becoming first man in world to get Covid vaccine”:

The first man in the world to be given the Covid vaccine has died.

Tributes have been paid to 81-year-old William Shakespeare who hit global headlines on December 8 last year when he became the first man to have the jab at the University Hospital Coventry and Warwickshire.

Bill, as he was fondly known, passed away last Thursday after suffering a stroke – at the same hospital where he famously received his vaccine.

His picture appeared on front pages across the world – much to both his and his family’s delight.

[…] His sad death is being mourned not only by his family but the many people he came into contact with.