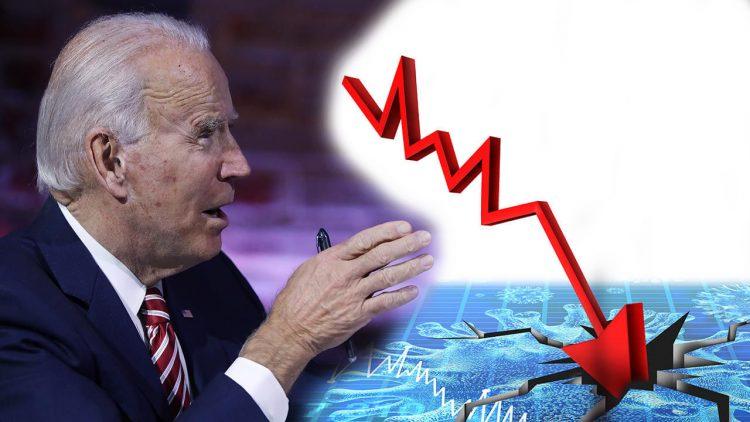 ot only is this illegitimate administration trying to accelerate the collapse of our economy, but remember, it came to power on the momentum of the previous administrations debt bombs from the CONvid-1984 fiasco.  Still, this is exactly what China Joe and his handlers are doing.

Robert Wheeler has the story at The Organic Prepper.

If Larry Summers and Jamie Dimon are the voice of reason, you know something is dreadfully wrong in the current state of economic affairs. In fact, if Summers and Dimon are even making sense, the wheels have already come off.

Why aren’t these two sounding like the economic hitmen that they are? Because they are warning of the Biden Administration’s completely insane spending plans. Spending plans that will indeed cause inflation in the United States.

Joe’s recent equation adds up to an economic disaster

To be clear, it isn’t necessarily the numbers as much as it is the method. In other words, the Biden Administration is not considering credit stimulus but a mix of buying bonds, borrowing, and printing. Combined with the plan to spend drastic amounts, this is a recipe for economic disaster.

When testifying before the Senate Banking Committee, Dimon raised his concerns over the future inflation. Insisting the Federal Reserve may need to raise interest rates sooner to clamp down on rising prices. He said that he expects inflation to climb “considerably higher” than 1.6%, thanks to spending and federal monetary policies.

You know, because Americans aren’t already struggling enough with their personal finances.

The Congressional Budget Office projects the federal debt will exceed the economy’s size by the end of the year and will balloon to 202% of gross domestic product over the next 30 years. And that’s their outlook without factoring in President Joe Biden’s $1.9 trillion COVID-19 relief package, which is making its way through the Senate this week.

According to the nonpartisan office, by the end of this year, the federal debt will be 102% of GDP, a proportion that will nearly double by 2051. The CBO warns this increases the risk of a fiscal crisis and higher inflation moving forward.

According to the report by CBS the pandemic triggered the deepest economic downturn since World War II:

The White House and congressional Democrats warn the United States is far from out of the woods in its efforts to contain the coronavirus pandemic and revitalize the economy. On Thursday, the Labor Department weekly report showed more than 1.1 million people last week filed for first-time unemployment benefits, including Pandemic Unemployment Assistance. More than 18 million people remain on some form of unemployment benefits.

Congress has already approved around $6 trillion in COVID relief, including $4 trillion under President Trump.

Biden’s “Build Back Better” agenda includes a $2.3 trillion American Jobs Plan and a $1.8 trillion American Families Plan. All of these measures would reshape the social safety net and allegedly address the nation’s crumbling infrastructure.

“If that money is wasted, it is not productively spent, we will have more inflation, less productivity, slower growth and the American democracy you will have lost even more credibility eyes in the world,” Dimon said.

You can bet that money will be wasted.

The Labor Department reported earlier this month that U.S. consumer prices for goods and services surged 0.8% in April, the most significant monthly increase in over a decade. It’s also the fastest year-over-year jump since 2008.

Core inflation, excluding food and energy data, rose 0.9% in April and 3% over the past 12 months.

According to CNN Business:

Prices have risen sharply on everything from used cars and lumber to steel and food. The return of inflation is especially costly to low-income families, who are most likely to have been hit hardest by the pandemic.

The Federal Reserve, led by Chairman Jerome Powell, has held interest rates near zero since March 2020. The Reserve maintains that it will continue to do so until “labor market conditions have reached levels consistent with the Committee’s assessments of maximum employment and inflation has risen to 2% and is on track to moderately exceed 2% for some time.”

Woah there, Joe, you might want to think this through

Even Larry Summers is calling on the Federal government to put on the brakes:

“I think policy is rather overdoing it,” Summers said in comments at the CoinDesk conference that were released Wednesday. “The sense of serenity and complacency being projected by the economic policymakers, that this is all something that can easily be managed is misplaced.”

“We’re taking very substantial risks on the inflation side,” Summers said in remarks made initially May 18.

“The Fed’s idea used to be that it removed the punchbowl before the party got good,” Summer said. “Now, the Fed’s doctrine is that it will only remove the punchbowl after it sees some people staggering around drunk.”

Summers stated that it might be too early to know for sure that inflation is a problem. But that uncertainty is what raises questions about the Fed’s outlook.

“Then why on God’s Earth are we projecting that we are going to hold interest rates at zero for three years?” Summer said, saying he is not suggesting that the Fed “lurch” into raising interest rates.

Now you know inflation is not looming. It is here.

Anyone not working in government or academia is now aware inflation is currently taking place across the U.S., not threatening to appear in the future. Essential and nonessential commodities are steadily rising, and that includes food and energy. (None of this is news to the poor, working, and middle classes.)

It appears the Biden Administration’s main task is to accelerate the collapse of the United States, with Academia, as is typical, acting as its gatekeeper.

I would suggest preparing for two financial and monetary crises: First, an inflationary crisis. Second, a deflationary one. (I highly recommend visiting our sister site The Frugalite for real-deal advice on how to live large on a tiny budget. We are all going to need to know how soon.)

But more on that in another article.

Indeed, and things are about to get really bumpy this year unless we do something about it.

TRENDING:  Early Voting By Young People Is Up 500% In Some States