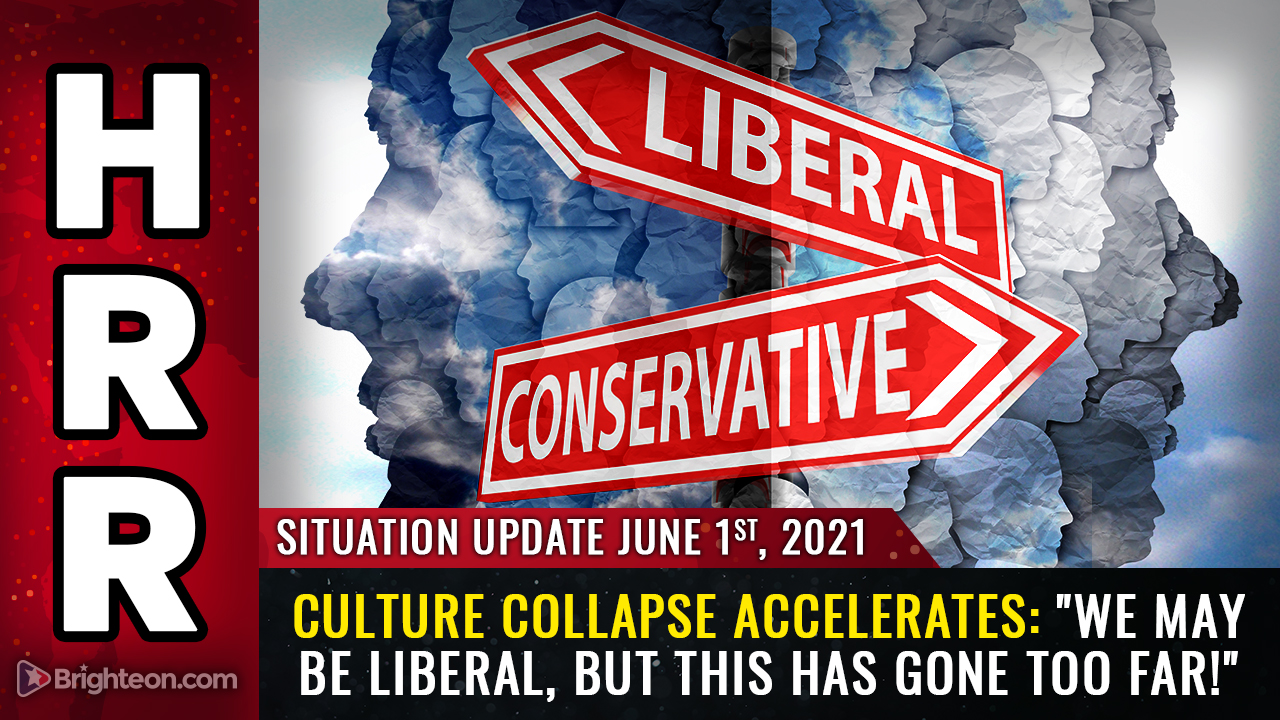 (Natural News) The quote of the day comes from a Greenwich Village resident commenting on the “drug den” infestation of heroin-addicted lunatics who have taken over the progressive Manhattan area, turning it into a trashed-out insanity zone. Here’s the quote: “We may be liberal but this has gone too far!”

Another neighbor offered up a similarly entertaining quote about the situation, lamenting, “The zombies are now near the fountain…”

This is all documented in this NY Post story that describes the rapid collapse of liberal areas in America’s Democrat-run cities. Thanks to truly insane, stupid policies on the part of Democrats — such as legalizing shoplifting and defunding police — once-great cities across America are now collapsing into filthy crapholes (San Franshitsco, anyone?).

This is all part of the accelerating cultural and civil collapse now plaguing America, and it’s only getting worse under “progressive” programs like Universal Basic Income — i.e. paying people to stay home and not contribute anything useful to society.

It’s not just insanity, but also sheer stupidity that has taken over America’s culture, too. Now, U.S. soldiers trying to bone up on national security details involving the storage of nuclear material have been caught using public online flash card apps to help memorize all those details.

Stupidly, they entered passwords, locations, security protocols and much more into an online flash card app, allowing anyone to search their flash cards via Google. This was all reported by The Daily Mail UK, and it shows that even the very people responsible for safeguarding America’s nuclear arsenal are complete morons. Comparisons to Idiocracy are impossible to avoid here… is this the new “woke” LGBT military hard at work? Is the military now more concerned about recruiting lesbians and transgenders than safeguarding national nuclear secrets? Seems so…

Today’s Situation Update podcast (see below) also covers tech news, including the shocking piece of breaking news that Tesla vehicles will now start spying on Tesla drivers with in-cabin video cameras, making sure drivers are paying attention to the road when they invoke self-driving features. So now your own car is spying on you. This was all initiated because Tesla-owning morons have been activating auto-pilot while leaving the driver’s seat and joining other passengers in the rear of the vehicle, while hurtling down the interstate with no driver at all. No doubt these are some of the same suicidal lunatics lining up to be injected with covid-19 spike proteins that are mislabeled “vaccines.”

Meanwhile, Intel CEO Pat Gelsinger said over the weekend that the microchip supply shortage will continue for at least a few more years. He didn’t really explain the correct reason for this, but at least he’s admitting the global semiconductor supply situation is in shambles. (Hint: The highly complex global economy is breaking down by the day…)

In other culture news, an ex-gang member explains that Democrats are dropping off crates of full-auto firearms in gang-infested cities in order to add to the gun violence and push for more gun control. They’re literally distributing full-auto weapons all over America, putting them into the hands of gangsters and violent criminals. Sounds a lot like Operation Fast & Furious, doesn’t it? That was a Barack Obama / Eric Holder special. See this ex-gang member’s video here:

In economic news, the US Mint is now delaying silver shipments because of a global silver shortage which is also strongly impacting the semiconductor industry. Suddenly, everything is in short supply, even while “money” is now free thanks to endless stimulus blowouts that are flooding the streets with money even faster than Democrats can flood the streets with guns.

Rent is soaring across America, and according to a Zero Hedge article, “58% of all houses sell within two weeks of listing, of which 45% sell for more than their listing price, also a record.”

People are snapping up rural homes like crazy, trying to flee the collapsing craphole cities run by insane Demonrats. Meanwhile, “the zombies are now near the fountain” has become the perfect metaphor for the total ruination of civilization that’s being pursued by lunatic Leftists who destroy everything they touch.

Hear all the jaw-dropping details in today’s full podcast:

Tomorrow’s podcast focuses on bombshell new information about vaccines and the spike protein. Find a new podcast each weekday at: