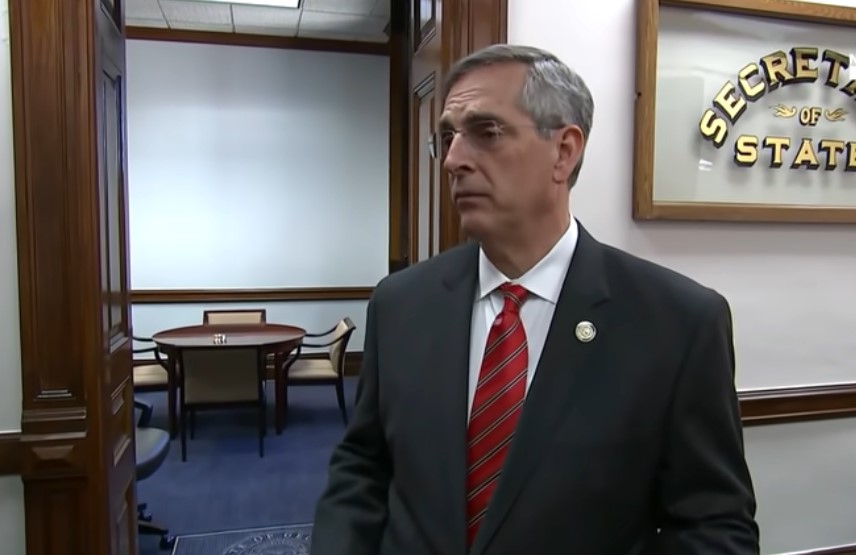 (Natural News) The hapless ‘Republican’ Secretary of State in Georgia is now figuring out that the so-called excellent election in 2020 in his state was rife with problems and likely fraud, just as Donald Trump and his surrogates tried to tell everyone.

Secretary of State Brad Raffensperger responded this week to what appears to be massive vote fraud in Fulton County, the state’s largest and bluest, encompassing Atlanta, which has been run by corrupt Democrats for eons.

“New revelations that Fulton County is unable to produce all ballot drop box transfer documents will be investigated thoroughly, as we have with other counties that failed to follow Georgia rules and regulations regarding drop boxes. This cannot continue,” Raffensperger added.

Fulton County is the fourth in the state to fall under increased scrutiny for voting irregularities. The others — Coffee, Grady, and Taylor — have previously been investigated. But at the time, Raffensperger’s office dismissed those investigations as much ado about nothing.

Fulton is the fourth county to be investigated for improprieties. Coffee, Grady and Taylor counties were previously under investigation. Raffensperger’s office downplayed those investigations at the time in a press release:

“Since day one, I have made securing Georgia’s election a top priority and I have not stopped working since then,” said Raffensperger. “Though the overwhelming majority of counties did what they were supposed to, this demonstrates that new steps need to be taken to fully secure our elections. Securing elections is work that is never truly finished.”

Now, however, as more corruption becomes self-evident, the secretary of state is changing his tune, maybe to avoid appearing culpable in the massive fraud everyone knows happened.

Previously, Raffensperger defended a gift of $5 worth of “Zuckerbucks” — from an entity set up and funded by Facebook billionaire Mark Zuckerberg — that subsequent reporting has indicated was used to enhance democratic turnout (in any way possible of course).

His spokesman, Walter Jones, even bragged that Zuck’s bucks gave Raffensperger the financial wherewithal to fight back against election challenges to the 2020 results.

“Any grant or funding source, as allowed by Georgia law, has enabled this and local elections offices to combat disinformation similar to recent articles published by this outlet that undermine the confidence of Georgia voters,” Jones said in April.

GOP Gov. Brian Kemp has come in for some criticism as well. Days ago, a letter signed by more than 530 state Republicans pushing him to conduct a forensic audit of all ballots much like the audit taking place in Maricopa County, Ariz. (which is also expected to show massive fraud, we are told).

“We believe that anyone who has a problem with a statewide forensic audit in Georgia has something to hide,” the letter notes. “Our goals are simple: We want to discover the underlying problems that occurred last year and ensure that we never make those same mistakes again.”

They went on to argue that “many in Georgia did not have” the “right to know that your vote counted” because “elected officials in both parties mishandled the 2020 presidential election, and as a result, the integrity of that election is in question.”

It’s not clear if Kemp is amenable, however.