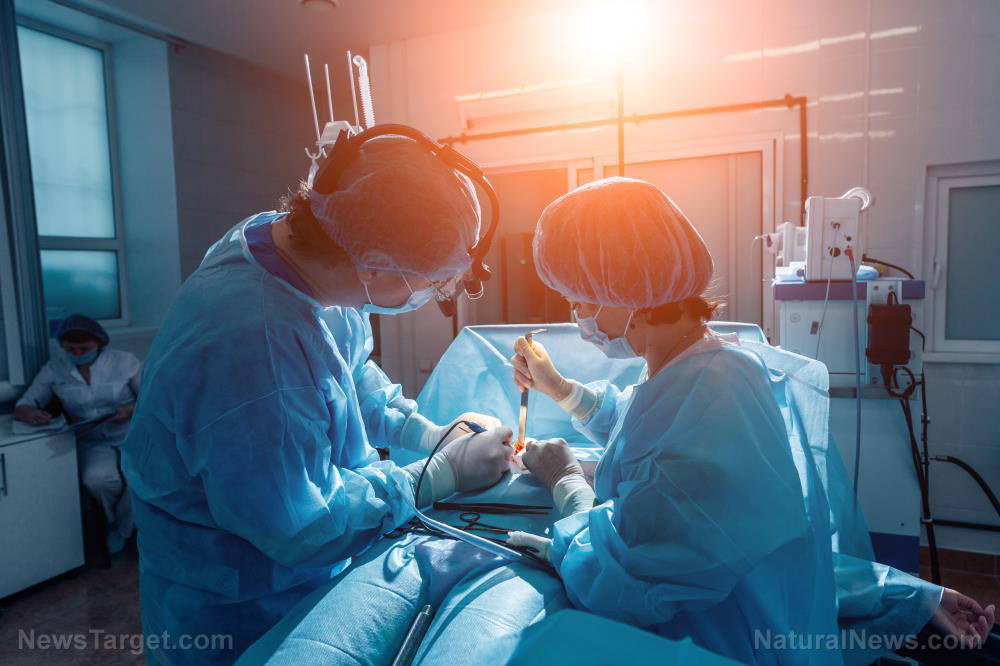 Natural News) New data from the federal government website OpenPayments shows that medical device manufacturers spent a collective $3.1 billion between 2013 and 2019 bribing orthopedic and neurosurgeons to push random products on their patients.

It is illegal under federal law for physicians to take anything of value from a medical device manufacturer in exchange for promoting its products. Doctors can, however, accept speaking and consulting fees from such companies, as well as take royalties in exchange for assisting in the design of medical devices.

In-practice kickbacks are often disguised as consulting and other fees, however. This often leads to corrupt physicians using inferior products or conducting unnecessary surgeries that end up harming patients.

“It is simply so much money that it is staggering,” says Dr. Eugene Carragee, a professor of orthopedic surgery at Stanford University Medical Center.

Scott Whitaker, meanwhile, president and CEO of AdvaMed, a medical device industry trade group, says bribing doctors is perfectly fine because it helps to “save and improve patients’ lives” while raking in billions for the medical device manufacturers.

“Doctors help develop and refine medical devices, and they even create new devices themselves, sharing their intellectual property with companies,” Whitaker is quoted as saying.

In the last 10 years, there have been more than 100 federal fraud and whistleblower actions

The problem has gotten so out of control that the legal system is now flooded with cases involving fraud and whistleblower actions. Just in the last 10 years, in fact, there have been more than 100 cases involving doctors and surgeons who engaged in illegal activity with the likes of Johnson & Johnson (J&J) and Medtronic.

In some cases, large corporations have agreed to pay millions of dollars in fines while not admitting to any wrongdoing. These fines are a mere drop in the bucket compared to what the companies rake in from illegal sales.

Spine and joint surgeries alone are a $20 billion a year industry. Orthopedic and neurosurgeons take in about five percent of this while physicians typically claim about 25 percent of the pie.

While the vast majority of surgeons receive very little from the industry, a small number of them account for roughly two-thirds of the physicians who made at least $1 million in kickbacks from the drug industry.

Dr. Charles Rose, co-founder of the Association for Medical Ethics, believes that this small number holds enough influence to “help direct medical care.” Typically that direction is not a good one and can put patients at risk, especially when the medical devices being pushed are dangerous.

Many medical devices are unsafe and ineffective to begin with, thanks to a corrupt approval process at the Food and Drug Administration (FDA) that ignores sound science in favor of kickbacks.

It seems that the medical device industry just gives kickbacks to whomever it needs to in order to get its products onto the market and into people’s bodies, no matter how much illegal behavior is needed to make it happen.

In 2020, the Department of Justice (DoJ) filed a complaint in two whistleblower suits against a medical device maker called Spine Frontier Inc. The complaint alleged that Kinsley Chin, the company’s owner, funneled more than $8 million in kickbacks to 35 spine surgeons, one of whom pleaded guilty to criminal charges. Six others admitted to wrongdoing and paid fines totaling more than $3.3 million.

Chin, meanwhile, has faced more than a dozen personal lawsuits, including one from a former patient who says he inserted a screw into her back that caused nerve damage, leaving her in a constant state of pain.

More of the latest news about Big Pharma corruption can be found at Corruption.news.