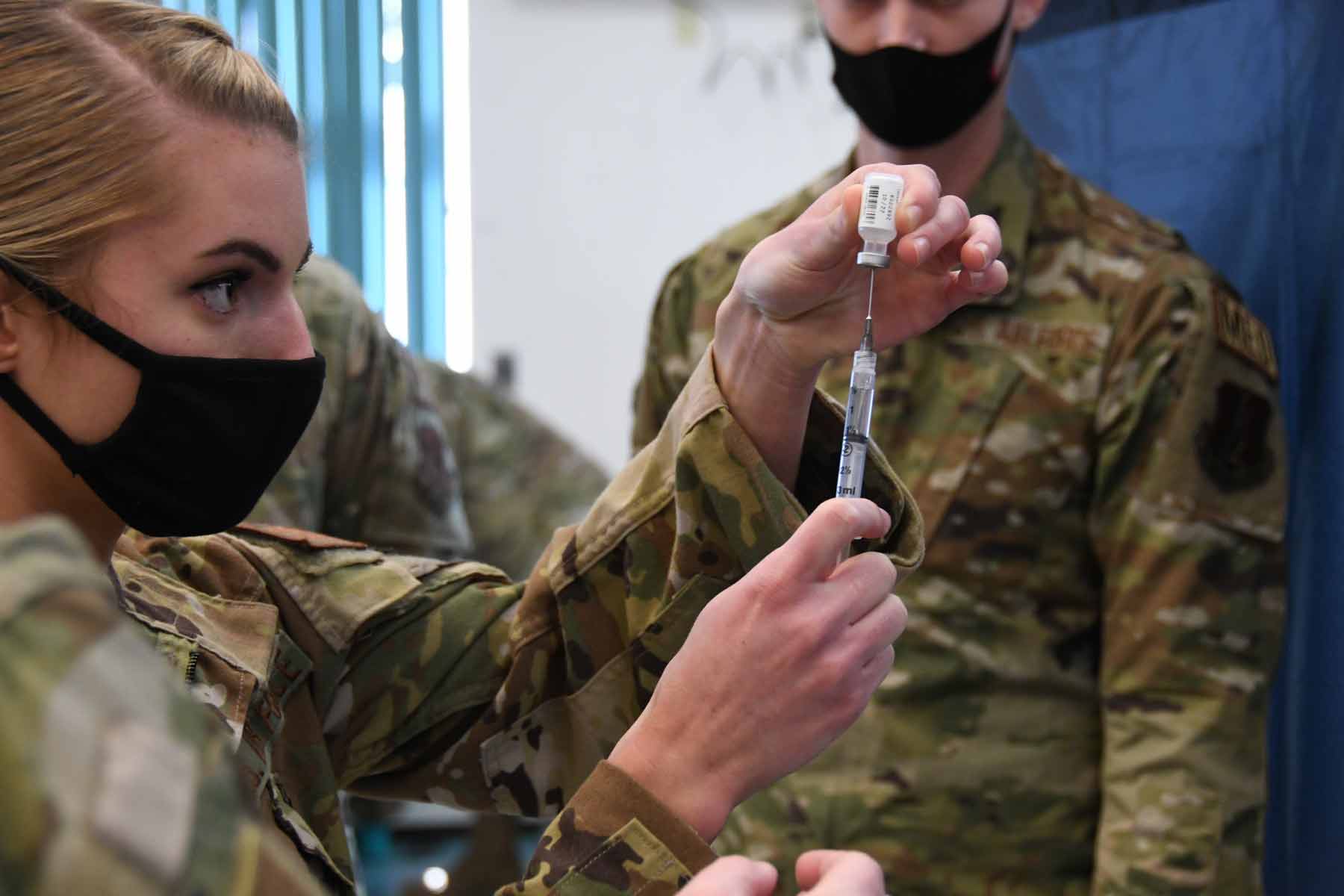 The Pentagon is ready to make the COVID-19 vaccine mandatory for all active troops within the next few days. Defense Secretary Lloyd Austin will issue the mandate to all 1.3 million active-duty personnel, as only 64% have voluntarily taken the shot so far.

The Pentagon head is expected to announce the new mandate on Friday after making a recommendation to the White House, according to a Fox News report on Wednesday night, citing officials familiar with the matter who declined to be named. Other mainstream media sources have corroborated the information.

Another defense official told CNN, meanwhile, that Austin’s “inclination is towards making the Covid-19 vaccine mandatory” for the troops, with the outlet adding that a final decision could come as soon as this week. The New York Timescorroborated those reports on Wednesday, also citing officials. -RT

Joe Biden recently said he had directed the Defense Department to “look into how and when” it would add the Covid-19 vaccines to the list of those that soldiers are required to receive, saying at the time that Austin was open to the idea. The Department of Justice previously concluded that Biden would have to issue waivers for the three Covid vaccines currently in use in the US, as they all have been approved for emergency use only by the Food and Drug Administration (FDA).

However, there have been reports that at least the Pfizer “vaccine” would be fully approved by the Food and Drug Administration as early as September.

As of last week, there are already restrictions on military personel who refuse to take the shot. The Pentagon’s deputy press secretary, Jamal Brown, said last week that the department would ask all personnel to provide their vaccination status. Those unable or unwilling to take the shot will be “required to wear a mask, physically distance, comply with a regular testing requirement, and be subject to official travel restrictions,” Brown said, though he added that Austin was already looking into a full mandate.

On the heels of a revised masking guidance from the Centers for Disease Control and Prevention (CDC), Biden announced last week that all federal employees would have to be vaccinated, or else face regular virus screenings in order to continue working. The move came as an abrupt reversal, as the administration previously urged agencies not to require the vaccine.

While Biden also vowed to never issue a universal vaccine mandate for all Americans, concerns were raised that he would make a similar about-face last week after his CDC director, Rochelle Walensky, said the administration was looking into exactly such a policy. She later walked back the comment, however. -RT

CDC Director Says Government Is “Looking Into” Mandating The “Vaccine”

The time is quickly approaching when this won’t be a choice anymore.  Instead of rewards for taking it, the punishments have started. Stay prepared. Stay aware.  This is not slowing down.