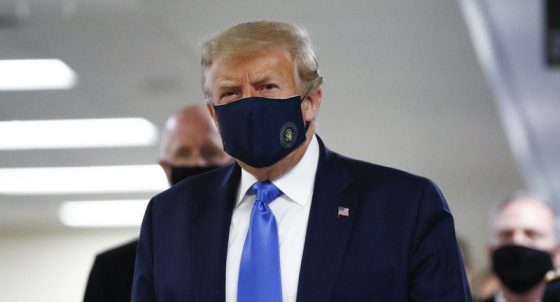 Former President Donald Trump continues to show he was a part of this hoax and the “vaccine” rollout the entire time. This comes as Hunter Biden tells a prostitute on video that he lost another laptop with disturbing footage on it. No puppet sits on the throne unless it’s planned that way, and the sooner we figure this out the better.

If you are waiting for Trump to save you you may be waiting a while. It’s past time to figure out what the problem is here.  It’s the establishment and all of it. Puppets are chosen for a reason and to say Trump was somehow different in the midst of the Great Reset and the New World Order takeover has become laughable.

That’s not to say Joe Biden and his disgusting son are any better. Both sides are corrupt as that’s what power does, and both sides deserve to be masters over no other human being. It’s all about control of your mind and allowing one to control you and be your savior doesn’t make you freer. In fact, quite the opposite.

Let’s start with Trump because this is the guy more people are going to be triggered over.

Trump said that if not for his COVID-19 vaccine effort, Operation Warp Speed, 100 million people might have died from the bug, saying he’s “very proud” of his efforts to get Americans jabbed.

“I think if we didn’t come up during the Trump administration with the vaccine, you could have 100 million people dead, just like you had in 1917,” Trump said in an interview on Fox News that aired Saturday night.

“The vaccines turn out to be a tremendous thing,” he said in the interview with Dan Bongino. “It’s something I’m very proud of.” -New York Post

As disgusting as it is to roll out this shot knowing it would lead to the dystopian tyranny we are living under today, it still doesn’t pale in comparison to Joe Biden’s sadistic son, Hunter.

Newly released video footage shows Hunter Biden, son of Joe Biden, admitting to a prostitute that he lost a laptop full of incriminating data during a 2018 drug binge. If Hunter is to be believed, he has now lost three computers, according to a report by RT.

Video footage found on the latest surfaced laptop by the Daily Mail and published on Wednesday purportedly shows a post-coital Hunter telling a prostitute that “three guys,” including his drug dealer, made off with a laptop while Hunter lay face-down in a hotel pool in Las Vegas during a bender in 2018.

This is just to highlight how painfully obvious it has become that this left/right paradigm lie is all about division. It’s ironic that people who claim they love liberty and freedom bow willingly to the guy who is pissed off he’s not getting credit for the “vaccine” the rulers are attempting to force on everyone. It’s also ironic that people who claim they are in support of feminism support a freak like Hunter Biden who is sadistic at best and a sociopath at worst.

We had better get our morality together. Right is still right and wrong is still wrong whoever does it. The establishment doesn’t fear Trump nor does it fear these stories about Hunter.  It fears us waking up to what it’s doing and which strings it’s pulling.

Wake up. Sooner is better than later:

The left vs. right paradigm lie was designed this way for a reason. It’s easy to control people who think they are free as they willingly pick their new master and participate in their own enslavement.