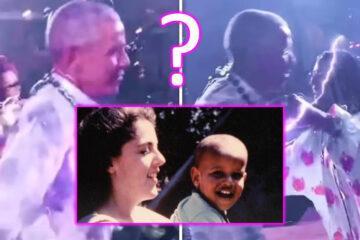 Nothing has ever been done to bring to justice the usurper of the People’s White House, Barack Hussein Soetoro Sobarkah.  Republicans were too scared and spineless to take a stand with documented evidence that the man is not a natural born citizen, which the US Constitution requires.  However, in light of his most recent Marxist approach to throwing himself a “60th Birthday” party, I think it would be a good idea to remind the People of the united States about his ineligibility and ask a question at the fundamental level regarding his birth.

How Could Stanley Ann Dunham Have Delivered Barack Hussein Obama In August Of 1961 In Hawaii, When Official University Of Washington Records Show Her 2,680 Miles Away In Seattle Attending Classes That Same Month?

Editor’s Note:  The following is a piece that was previously posted at Pamela Geller’s site in 2008, though I don’t know the actual author of the piece.  I then reposted it sometime in 2012, but somehow it was deleted, but not by me.  Barack Hussein Obama Soetoro Sobarkah’s ineligibility really was a true constitutional issue that needed to actually be heard before the people.  I wrote many articles on what it means and how our founding fathers understood what a natural born citizen was defined as, and even in the current condition, Obama never qualified.  With that said, it is still an issue even though he is out of office. If Republicans truly wanted to turn back time and overthrow the entirety of the Obama usurpation of the White House, including every jot and tittle of Obamacare, and indict him, then this would be the silver bullet to do it, but they aren’t interested in that.  They are more interested, as they always have been, in gaining power, but not really doing anything with it.  With that said, I’m going to repost this in hopes that people will stir this issue up again since Obama is no longer in the White House, he would not need to be impeached, but he most certainly would need to be indicted, tried and in this case, nothing short of the death penalty would suffice. While I don’t agree with all the conclusions of the writer, I do believe there is much here that still needs to be answered and investigated.

UPDATE: NEW EMAIL FROM UNIVERSITY OF HAWAII (SEE BELOW)

Apparently, the Governor of Hawaii has sealed Obama’s birth certificate records. Why? Why seal the records? What is Obama afraid of?

Atlas reader Rudy emailed both the University of Washington and the University of Hawaii, and they sent him back dates of enrollment.  It didn’t match the dates Wikipedia had for Stanley Ann Dunham. Bob tried to update Wikipedia and his updates got deleted within minutes.  The big question is how was Ann having Barack in Honolulu in Aug 1961 AND enrolled at the U of Washington the same month?

When public record information from the University of Washington was added to Wikipedia’s biography of Stanley Ann Dunham (Barack Hussein Obama Jr’s mother), it was removed in 35 minutes the first time and 34 minutes the second time.  Read what Obama’s team of internet thugs doesn’t want you to know.

See official emails from U of Hawaii and U (see below)

I’m concerned with the unlikely dates:

Two months later – drops out of University of Hawaii

These are implausible dates and may imply that Ann got pregnant in Seattle and THAT is why her family moved to Hawaii. University of Washington records place Stanley Ann Dunham in Washington State in Aug 1961 so how could she be in Honolulu 2680 miles away birthing Barack the same month.

When public record information from the University of Washington was added to Wikipedia’s biography of Stanley Ann Dunham (Barack Hussein Obama Jr’s mother), it was removed in 35 minutes the first time and 34 minutes the second time.  Read what Obama’s team of internet thugs doesn’t want you to know.

“The University of Hawaii at Manoa is only able to provide the following information for Stanley Ann Dunham:

Ms. Stanley Ann Dunham was enrolled at the University of Washington for:
Autumn 1961
Winter 1962
Spring 1962

The records responsive to your request from the University of Washington are above as provided by the Public Disclosure Laws of Washington State.  This concludes the University’s response to your Public Records request.  Please feel free to contact our office if you have any questions or concerns.

CLICK BELOW FOR ENTIRE REPORT: NEW EMAIL FROM U OF HAWAII. It verifies that Obama Sr. left the island June ’62 and received his degree in 4 years.   Nothing covert like leaving for a semester with Ann to go to Kenya to have a baby.

HOW COULD STANLEY ANN DUNHAM HAVE DELIVERED BARACK HUSSEIN OBAMA JR. IN AUGUST OF 1961 IN HONOLULU, WHEN OFFICIAL UNIVERSITY OF WASHINGTON RECORDS SHOW HER 2680 MILES AWAY IN SEATTLE ATTENDING CLASSES THAT SAME MONTH?

As graduation neared for the class of 1960, Stanley “Ann” Dunham (Barack’s mother) had hoped to join many of her classmates at the University of Washington. She was also accepted to the University of Chicago, according to Obama’s memoir, the best-selling “Dreams from My Father.”, but she popped up instead at the University of Hawaii nearly 6 weeks after the start of the 1960 Fall semester. (See email from U of Hawaii at Manoa below)

In a highly unlikely scenario, she then conceived Barack Hussein Obama Jr. only one month after she started classes Sept 26th 1960.  Then, while only two months pregnant in early January 1961, Stanley “Ann” Dunham drops out of college. She then supposedly married Briarack Obama Sr. three months after conception and only four months after arriving in Hawaii. And only 10 months after first arriving in Hawaii, she is back at the University of Washington, 2680 miles away. (See email from U of Washington below).  Contrary to a massive disinformation scheme by the Obama campaign and the news media, Stanley Ann Dunham did not return to the U of Hawaii until Barack Obama Sr. left the island.

Madelyn Dunham, Barack’s maternal grandmother, abruptly left a lucrative career in Seattle WA as VP Bank Officer in the late summer of 1960 to work in Hawaii as an hourly wage bank teller.  This afforded her time to raise Barack Hussein Obama Jr. from birth.  Madelyn reportedly did not return to her previous salaried banker management level until years later when Ann snatched Barack Jr. to go to Indonesia.

Barack Hussein Obama Jr’s mother, Stanley “Ann” Dunham, gave a telling admission while still in Washington State as a recent high school graduate in the summer of 1960 when she told her friends: “I don’t need to date or marry to have children”. Oddly, although Barack Hussein Obama Sr. was already married with children in Kenya, Ann supposedly married him in order to legitimize her child’s birth.

HERE IS A MORE PLAUSIBLE THEORY:

Drunk on radical ideology, Stanley “Ann” Dunham became pregnant in the summer of 1960 in Seattle WA with the baby of a prominent black liberal activist. But in 1960, unmarried parents and children suffered penalties ranging from confinement in isolated maternity homes to parental rejection and community disapproval. To be “illegitimate” was to be shamed and shunned and labeled as immoral. The belief that children born out of wedlock posed significant social and public health problems was widespread.  In the case of mixed race children, perceptions of illegitimacy were compounded by legal segregation in education, housing, employment, and voting.  Recall that it wasn’t until 1965 that The National Voting Rights Act was passed to outlaw discriminatory voting practices that had been responsible for the widespread disenfranchisement of African Americans.  Laws against interracial marriage and interracial sex existed in several US states and US territories until a Supreme Court decision in 1967.

With racial unrest at its peak, the Dunham’s wanted to move as far away as possible from their predominantly white conservative community to allow Ann to have her illegitimate child in relative obscurity.  So the Dunham’s abruptly moved to the new state of Hawaii (Aug of 1959) where whites were the minority and a mixed race child would be more accepted. In a 1959 interview with the Honolulu Star-Bulletin, Obama Sr. described the absence of racial prejudice in Hawaii as “unique.” No one, he marveled, “seems to be conscious of color.” Obama Sr’s perceptions of race relations in Hawaii were that he thought it “rather strange … even rather amusing, to see Caucasians discriminated against here.”

In the early 1960s, there were noticeable very few African Americans on the streets of Honolulu, and Obama Sr. was the only Black man from Africa on the island.  Ann Dunham, in an effort to legitimize her mixed race baby, would have sought out one of the only black men on the island to convince him to use his name.  And so Barack Hussein Obama Sr. was likely pressed into service as father and husband in name only.  Barack Sr. had no moral objections because to gain recognition in the Kenyan community, one needed to be polygamous. Polygamy enhanced your status, and symbolized that you were a wealthy man. Obama Sr’s name on the certificate of birth would legitimize the birth, and conceal the identity of the true father…a win-win for all parties.

Barack Sr. was being paid by a key member of the Laubach Literacy Institute (LLI).  The LLI had links to the Nation of Islam and embraced a Pan-African styled philosophy.  Pan-Africanism is a sociopolitical world view, and philosophy, as well as a movement, which seeks to unify both native Africans and those of the African descent, as part of a “global African community”.  This separatist style philosophy was embraced by Malcolm X and the NOI and is still being preached at Trinity Church in Chicago famously by former leader Rev. Wright (Obama Jr’s pastor for 20 years).  LLI’s even more ambitious goal was to make the concept of sovereign nations with borders obsolete. This would be done through “peaceful social change” as stated on their website.

Ann Dunham’s mortified family was determined to give their wayward daughter a second chance to find a normal life by raising Barack Hussein Obama Jr. for her, and allowing her to return to her collegiate life.  Immediately upon her child’s birth supposedly in August of 1961, Ann left her supposed new husband and only days old Barack Hussein Obama Jr. behind in Hawaii to be raised by his grandmother. Ann flew back to Washington State to help stir the anti-establishment cauldron of socialists, communists, civil rights and self defense organizations including the Nation of Islam, and the Black Panther Party, which were boiling over in Seattle…and possibly visit the baby’s real father.  She started classes at the U of Washington in Aug 1961, the same month she supposedly had Barack Hussein Obama Jr. in Honolulu. This explains why none of Barrack Hussein Obama Sr.’s friends from Hawaii remember Ann or Barrack Obama Jr.  When Obama Sr. left Hawaii in 1962, he never mentioned Ann Dunham or Barack Hussein Obama Jr. to even his closest friends. Obama Jr. has never produced records of his supposed parent’s marriage or divorce most likely because they don’t exist.