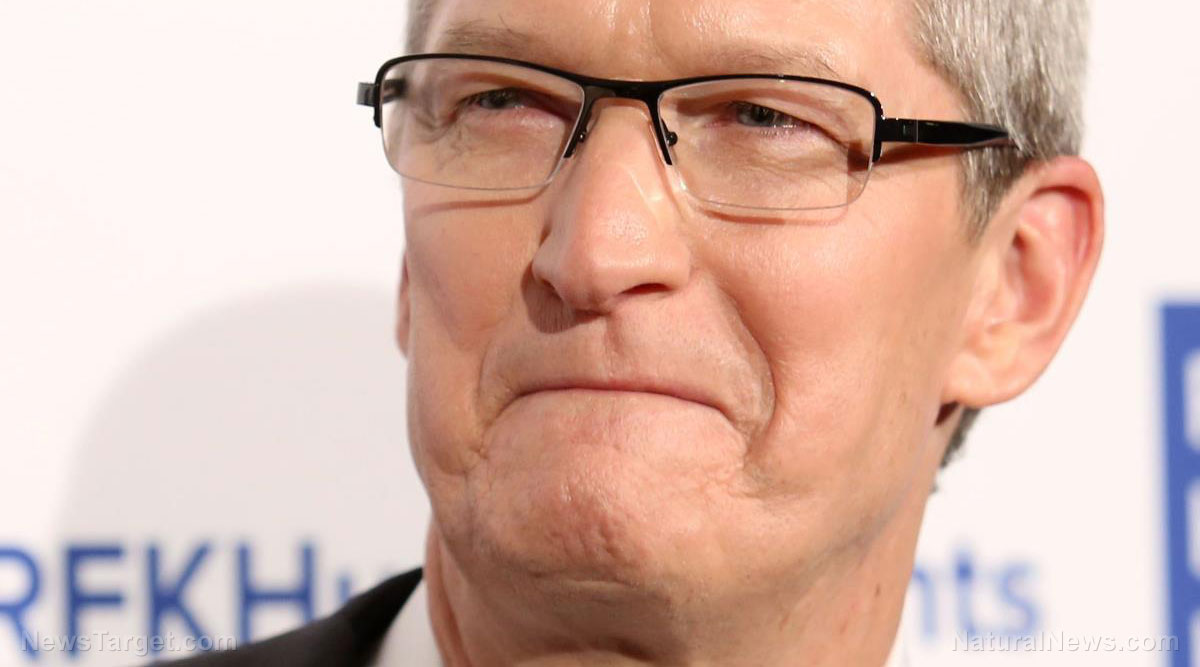 (Natural News) Under the guise of “protecting children” – a classic excuse – tech giant Apple has decided to scan everyone’s iPhones without their permission to allegedly search for images of child abuse.

According to reports, Apple is planning to automatically scan people’s iPhones and iCloud storage accounts to identify child pornography content in order to report it to police – or at least this is what the company says is the purpose of this blatant violation of user privacy.

Following a review by an Apple employee, any “flagged” content will be sent off to law enforcement for prosecution. However, the company has not addressed whether or not Apple employees will have the ability to plant child pornography on the iPhones of targeted individuals, another classic ploy by authoritarians.

“I think this is the wrong approach and a setback for people’s privacy all over the world,” stated Will Cathcart, the head of WhatApp, adding that his company will not be following suit.

If Apple “can scan all the private photos on your phone – even photos you haven’t shared with anyone,” then “that’s not privacy,” Cathcart went on to warn.

“People have asked if we’ll adopt this system for WhatsApp. The answer is no.”

Apple, which is headed up by LGBTQ pervert Tim Cook, says it will screen iPhone photos for child pornography before they are uploaded into the iCloud storage account.

Facebook, Microsoft and Google have all implemented similar systems, which pry into people’s private photos after they are uploaded into company servers.

Apple contends that it is fully acceptable to violate people’s privacy because child sexual abuse cannot be tolerated. Perhaps Apple needs to dig a little bit deeper into the lives of politicians and corporate heads if it is truly concerned about things like child trafficking and child pornography.

“We’ve had personal computers for decades and there has never been a mandate to scan the private content of all desktops, laptops or phones globally for unlawful content,” Cathcart warns. “It’s not how technology built in free countries works.”

“This is an Apple built and operated surveillance system that could very easily be used to scan private content for anything they or a government decides it wants to control. Countries where iPhones are sold will have different definitions on what is acceptable.”

When Apple tried to encrypt iCloud to protect user privacy, the FBI said NO

While any form of child abuse is absolutely repugnant beyond words, steamrolling the Constitution using the stopping of it as an excuse is likewise repugnant, though in a much different way.

If personal privacy goes out the window, and the tech giants obtain an “all-seeing eye” over everything that people do in their daily lives, then freedom and liberty is gone – which is exactly what Apple and the other tech giants want.

Cathcart warns that “there are so many problems” with Apple’s approach to this issue that it is difficult to know where to start. Will the software it silently places on people’s iPhones have a backdoor allowing hackers to violate it? Will those hackers then plant child pornography material to frame Apple’s political foes?

There was actually a time when Apple respected user privacy, but it appears as though things really went south once the Federal Bureau of Investigation (FBI) got involved. It was none other than the FBI that interfered with Apple’s plans of old to implement end-to-end encryption with iCloud, killing the project before it could be completed.

Our guess is that the FBI is behind this latest assault on the Fourth Amendment, and is using Apple, Microsoft, Facebook and others to do its unconstitutional bidding.

The latest news about Apple and the other corrupt tech giants can be found at Surveillance.news.