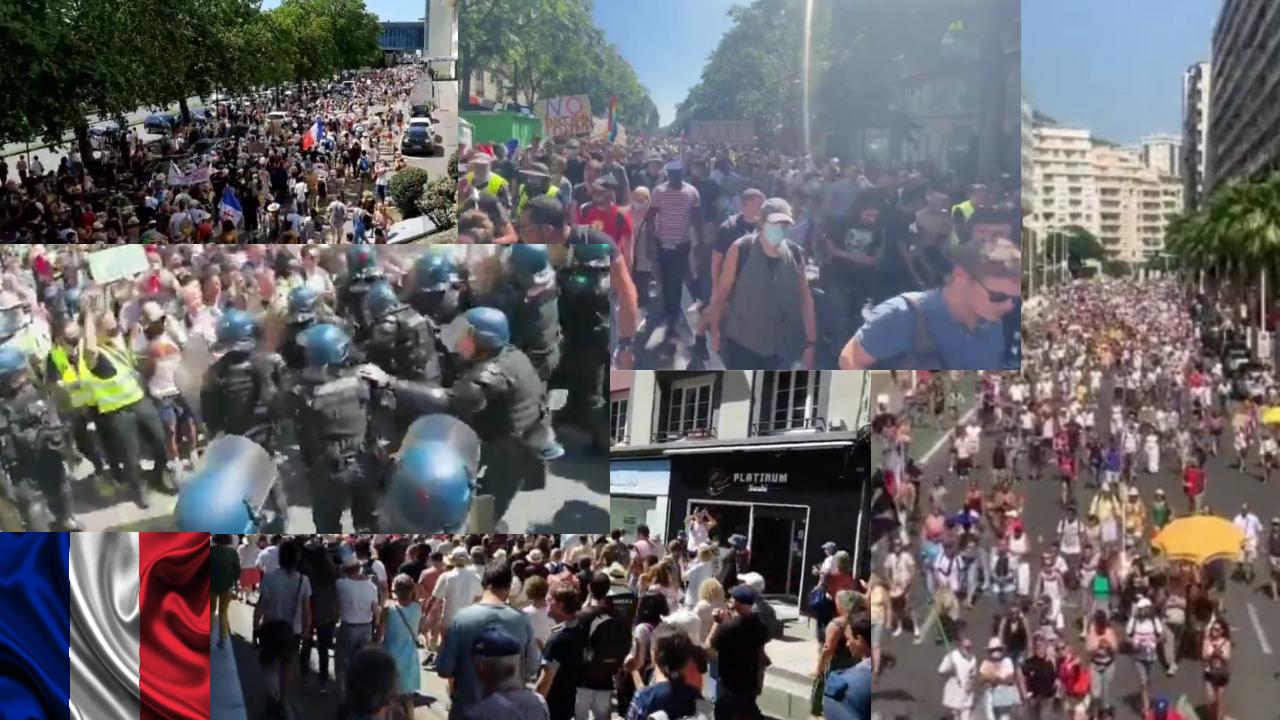 The French are protesting in a similar manner at the English now! On Saturday, massive protests occurred against President Emmanuel Macron’s tyrannical apartheid health pass, which unlawfully restricts the movements of the “unvaccinated.” This is the fifth weekend of protests in France. It’s a glorious sight too!

In Lyon, agents of the state earned their title when they deployed tear gas against peaceful protesters. Mark who those cops are and don’t trust a one of them!

The Mockingbird, corporate-owned media reported only a “handful” of protesters in Nantes. However, the video captured exposes them as the liars that they are!

TRENDING:  This Georgia Man Thought Playing Around with Tannerite Would be Fun – It Cost Him His Leg!

In Bret, thousands more hit the streets in protest.

while police donned their military and riot gear against the people they are supposed to protect, the protesters walked right in on them.

The city of Toulon also rebelled against the unlawfull tyranny of Macron.

Protests have been going on in France, Italy, Germany, England and Australia, with Australia seeing the biggest retaliation against its citizens.

Meanwhile in America, we’re still waiting on the sleeping giant to awake from its slumber. It’s long past due. Stop hitting the snooze button!