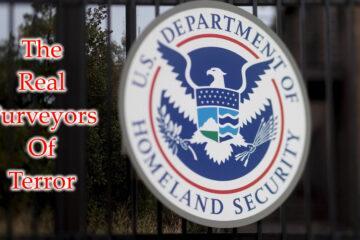 Of course, this smacks of a false flag, just like 9/11. All the earmarks are in this for those who have eyes to see and ears to hear.

Homeland Security issued a new terrorist threat alert Friday saying it has detected signs of life in al Qaeda ahead of the 20th anniversary of the 2001 terrorist attacks.

“The reopening of institutions, including schools, as well as several dates of religious significance over the next few months, could also provide increased targets of opportunity for violence though there are currently no credible or imminent threats identified to these locations,” the department said.

And Homeland Security again blamed Russia, China and Iran for fomenting discord by amplifying ongoing battles over the origins of the coronavirus and the effectiveness of vaccines.

Under the Biden administration, the federal government has placed a special emphasis on domestic groups, and the new threat assessment devotes more coverage to those groups than the other threats.

The al Qaeda warning comes a month ahead of the anniversary of the September 11, 2001 attacks on New York and Washington that left nearly 3,000 people dead.

Homeland Security said its responses, in addition to vigilance and cooperation, include “advancing authoritative sources of information” to try to head off what it called “false narratives.”

WASHINGTON (Reuters) -The U.S. Department of Homeland Security, in a new terrorism warning bulletin, said violent extremists could view the reimposition of COVID-19-related restrictions following the spread of coronavirus variants as a rationale to conduct attacks.

The new DHS bulletin also warned of the risk of “targeted violence” around the 20th anniversary of the Sept. 11 attacks on New York and Washington and around religious holidays.

The department said that COVID-19-related stress has “contributed to increased societal strains and tensions, driving several plots by domestic violent extremists, and they may contribute to more violence this year.”

In a bulletin issued in May, DHS had warned that domestic extremists could take advantage of moves earlier this year to ease COVID-19 restrictions to launch attacks on a broader range of targets.

In an interview with CNN, DHS Secretary Alejandro Mayorkas said his department considered domestic violent extremists to constitute “the greatest terrorist-related threat to our homeland.” He said the Department was seeing expressions of extremism fueled by “false narratives” and “ideologies of hate.”

U.S. Representative Bennie Thompson, chair of the House Homeland Security Committee, welcomed the DHS warning but said it was “troubling that the terrorism threat increasingly is based on grievance-based violence and conspiracy theories, especially related to the election and former President Trump.”

See? Out of one side of their mouth they speak of al-Qaeda and out of the other, they are telling you who they are going to blame and go after.

You can count on those attacking us now to be the ones who are behind new attacks, and my guess is that since these traitors in our midst have been emboldened by the People of the united States not bringing them to justice, they will look at taking out much more than just a couple of buildings. This next round of false flags may just take out an entire city.

Either we bring justice on the criminal representatives bringing this about or the judgments of God are going to come faster and with greater severity (Deut. 28; Lev. 26).