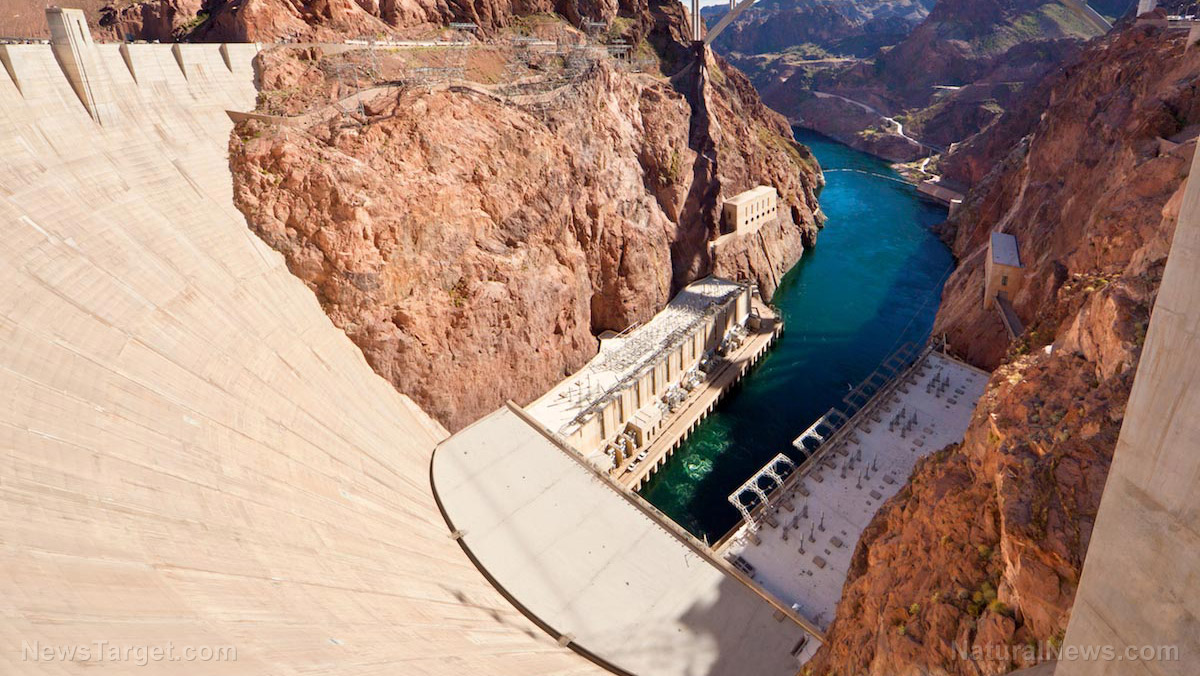 (Natural News) Water levels at the Hoover Dam have sunk to a record low, and it’s endangering the source of hydroelectric power for over 1.3 million people across the American West.

The water level at Lake Mead, the Colorado River reservoir serving Hoover Dam, has fallen to 1,068 feet above sea level in July, the lowest it has been since the lake was first filled following the dam’s construction in the 1930s. The federal government is expected to declare a water shortage for the first time, triggering cutbacks in water allocations to the surrounding states. (Related: Megadrought brings Great Salt Lake water levels to all-time low… with no end in sight.)

Over the past 20 years, drought conditions have led to over a 130-food drop in water levels at Lake Mead. Researchers say that the lake’s water level is expected to fall another 31 feet to 1,037 by June 2023. They also expect the water will continue to recede for the next two years.

This is problematic as dams rely on the pressure of the body of water they are blocking, and as water levels go down, less pressure is exerted, thus the dams produce less hydroelectric energy to produce power. Every foot of water lost converts to about six megawatts less power generated — or power consumed by 800 homes.

Patti Aaron, a public affairs officer at the Bureau of Reclamation, which operates and maintains the power plant, said that if the water level drops 118 feet from July’s 950 feet, it would fall below the turbines, and the dam will have to shut down.

The Hoover Dam is among the largest hydroelectric facilities in the United States, and about 23 percent of its output serves Nevada; 19 percent serves Arizona; and the remainder serves Southern California.

The California Independent System Operator (CAISO), which oversees the state’s power grid, resorted to rolling blackouts during a West-wide heatwave that constrained the state’s ability to import electricity. The lack of supply was especially noticeable in the evening, as solar production declined.

Water shortage in the West

The federal government is planning to declare a water shortage at Lake Mead. This can result in water cuts for Arizona, Nevada, and even Mexico. It generates electricity and supplies water to 25 million people across tribal lands, farms and major cities including San Diego, Los Angeles, and Phoenix. Furthermore, Las Vegas obtains about 90 percent of its drinking water from Lake Mead.

At least 4.5 million acres of farmland from Wyoming to the U.S. – Mexico border also use water from the Colorado River. About 70 percent of the water is used for agriculture. “We’re just desperately looking to the forecast to see when the monsoon might show up,” said Michael Crimmins, a climate scientist from the University of Arizona.

This drought is only part of the larger megadrought that is affecting water resources and fueling wildfires in the country. In 2020, over five million acres burned in California, Oregon, and Washington burned due to hot and dry conditions, and more water cuts are expected to ensue if the reservoir continues to lower.

The West is struggling during the drought that has reached crisis levels in some areas. In June, the U.S. Drought Monitor said that 55 percent of the West is dealing with extreme or exceptional drought. It has also been made worse by the anomalous hot temperatures in the region every summer. This leads to greater direct evaporation, drying out the landscape, making it susceptible to wildlife growth.