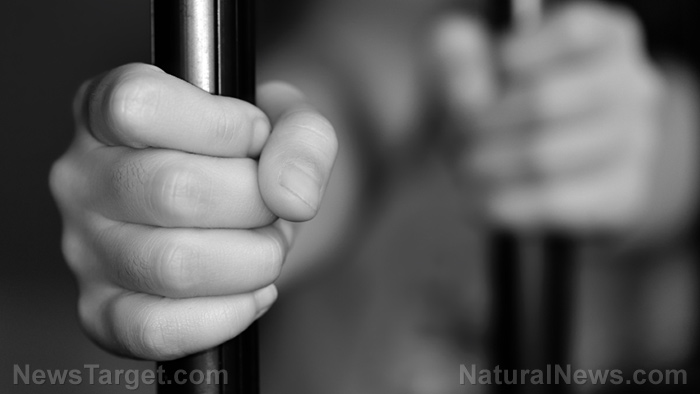 (Natural News) As we’ve been reporting, Western leaders are proving that deep down, they are really tyrants just like the authoritarian regimes they claim to oppose, as we are increasingly seeing in the age of COVID-19.

In the U.S., one Democratic leader after another locked down their communities and their states and then kept them locked down for as long as possible, destroying jobs, their economies, and countless lives in the process. Those same leaders pushed citizens to get vaccinated on the premise that if they did, they could have their lives back. But now, they’ve pulled the rug out on vaccinated people, demanding that even though they’re vaccinated they show proof to participate in society and still be forced to wear a mask anyway.

The same things are happening in Canada, Europe and elsewhere across the Western zone of influence, including Australia, where the tyrannical government has not only called up the country’s military to enforce COVID restrictions but is behaving more like the old Soviet Union.

LifeSite News reports that the situation is getting worse by the day Down Under:

Australian officials, having legislated the Stay-at-Home order for New South Wales (NSW), have instructed their citizens to report all infringements of COVID regulations including those committed by neighbors and co-workers.

“Do not let your guard down,” Premier Gladys Berejiklian leader of the Liberal Party commanded during a press conference late last month.

“If you see somebody not doing the right thing, please, report it.”

She went further and pressed Australian citizens to report “anything which is not according to the health rules,” anywhere, anytime, and includes their friends, co-workers, and neighbors.

That is chilling coming from a leader in a Western democracy.

In a press conference earlier in July, Chant said “whilst it is in human nature to engage in conversation with others, to be friendly, unfortunately this is not the time to do that.”

“Now is the time for minimizing your interactions with others,” Chant continued, even telling people not to stop to chat with one another if they see friends in a grocery store.

“Even if you have a mask, do not think it affords total protection. We want to be absolutely sure that as we go about our daily lives we are not coming into contact with anyone else that would pose a risk,” Chant continued.

And just last week, the national government launched “Operation Stay at Home,” which is self-explanatory and which involves “a 21,000 personnel operation — including 18,000 police officers and 800 members of the Australian Defence Force (ADF) — to enforce public health orders,” ABC News in Australia reported.

“Enough is enough,”Berejiklian’s Minister for Police and Emergency Services David Elliott said in a statement. “If you [break the COVID restrictions], you will get fined” — $5,000.

He went on to say that officials have “had to tighten the current public health orders because of the minority who exploited them.”

Yes, those minority of Australians who still foolishly believed they lived in a free country.

The Australia Lawyer Alliance, one of the nation’s legal groups, said in an understatement that using the military to enforce COVID restrictions is a bit of a “dangerous precedent.”

“The role of defence force personnel must be clearly defined,” stated the ALA. The group said the Australian government has to define what the military “will be doing to help manage the response to the virus.”

But is all of this even necessary? Of course not.

So it’s really just about power, not about “COVID science,” which is the case throughout the increasingly tyrannical West.