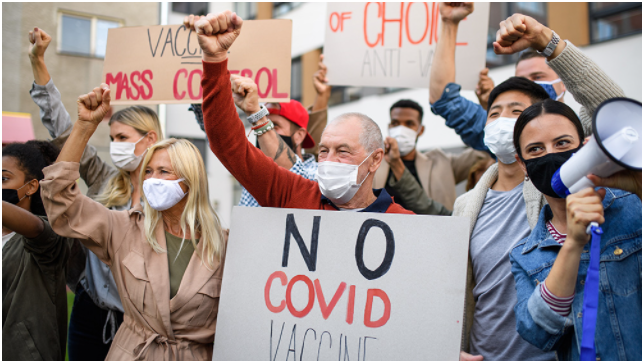 (Natural News) The Michigan Legislature is debating a bill that would ban employers from requiring workers to be vaccinated against the Wuhan coronavirus (COVID-19). A recent public hearing on the proposed law drew in many healthcare workers who supported the proposed legislation.

Called the Informed Consent in the Workplace Act, or HB 4471, the bill was proposed by Republican State Rep. Sue Allor and 16 co-sponsors.

The proposed legislation also prohibits employers from forcing unvaccinated employees to wear masks at all times in the workplace as retaliation for refusing to get vaccinated. It also prevents employers from requiring employees to make their vaccination status public by ordering the unvaccinated to wear a mark that distinguishes them from their vaccinated co-workers. (Related: Holocaust survivor warns COVID-19 measures similar to Nazi Germany’s subjugation policies.)

Allor firmly believes that employers should not have the power to require employees who are unvaccinated to remain masked.

“To look at an individual and say, ‘You don’t have the vaccine, put the mask on,’ that is more or less putting a scarlet letter on them, and that with this bill is saying they can’t do,” said Allor.

The bill also provides an easy legal avenue for aggrieved employees to sue employers who violate any of the above-mentioned measures of this bill. They can sue for injunctive relief and up to triple the financial losses the workers incur as a result of their employer’s attempt to pass vaccine or mask mandates.

Allor argued the choice to get vaccinated should be up to an employee, not to his bosses.

“They definitely should not lose their job,” she said. “In many instances, they’ve gone to school for years to achieve a certain degree, a certain level of knowledge to perform a job that they love.”

On Thursday morning, this bill was presented for a public hearing. The hearing was conducted by the State House Committee on Workforce, Trades and Talent.

“Should a business be able to force a vaccine on employees? In a right-to-work state, is it a constitutional violation if they did?” asked committee chairwoman Rep. Beth Griffin, a Republican.

“Our Michigan businesses are being done a monumental disservice here because the only data and science they are hearing about is based on often conflicting media reports about guidance from politically motivated government agencies.”

Many people who supported the right of workers to make their own decisions regarding vaccines showed up to the public hearing in support of Allor, Griffin and the other Republican legislators pushing the bill.

Katie Kirn, a nurse who refused to name which Michigan hospital system she worked for, made a tearful testimony before the committee. She shared that in June she received an email from her employer threatening to fire her for noncompliance with the system’s vaccine mandate.

She was given a week off “to think” about getting vaccinated. When she came back to work, she was warned that she has to get on board with the vaccine mandate. If she disagreed, she was told to resign.

Kirn added that the health system’s managers were provided with lists of non-compliant employees. “They are being pressured, coerced and intimidated into receiving the vaccine,” said Kirn. “They are being told they won’t be able to find other jobs in healthcare.”

Several other people spoke in the public hearing. One doctor argued that natural immunity, which people gained through a previous COVID-19 infection, is better than the supposed immunity acquired from vaccines. He cited a study that supported his claim.

Another doctor made the case that vaccine mandates are discriminatory. This is because around 70 percent of the African American population in Detroit still refuse to get vaccinated because they do not trust the government. The doctor pointed out that workplace vaccine mandates would effectively exclude them from gainful employment.

Several other people spokes, including other healthcare workers and law professionals. One presented data to the committee that questioned the safety and effectiveness of the COVID-19 vaccines and wearing face masks. One former federal judge argued that mandating vaccines violates the Constitution.