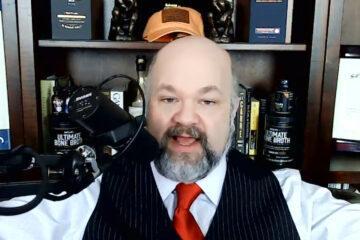 Now, it all makes sense! The approval this week of the BioNTech shot named Comirnaty was nothing but a bait and switch scheme. Attorney Robert Barnes explains exactly what took place in a recent interview.

Barnes says if one was on the market, all the other EUA shots would have to be stopped immediately. The EUA continues the liability coverage for Big Pharma to make billions while killing off a significant portion of the population.

Also, Karen Kingston, a former Pfizer employee, laid out that we will know within the next 2 weeks all of the ingredients in the shot because the company is required to produce that now.

While I have not idea on what President Donald Trump’s pimping of the COVID shots made Stew Peters feel good or make either one believe that nothing serious will happen to Big Pharma getting caught lying to the public when the history has been that the very government charged with bringing justice against them will simply shake them down for a few billion, I am confident that Kingston is correct in the matter that we will soon see the ingredients and it will become clear what they have done. And, I’ll add that fines or imprisonment will not be justice in this case, but rather public deaths for all to see of anyone and everyone involved in this deception and fraud that has resulted in millions injured or killed.