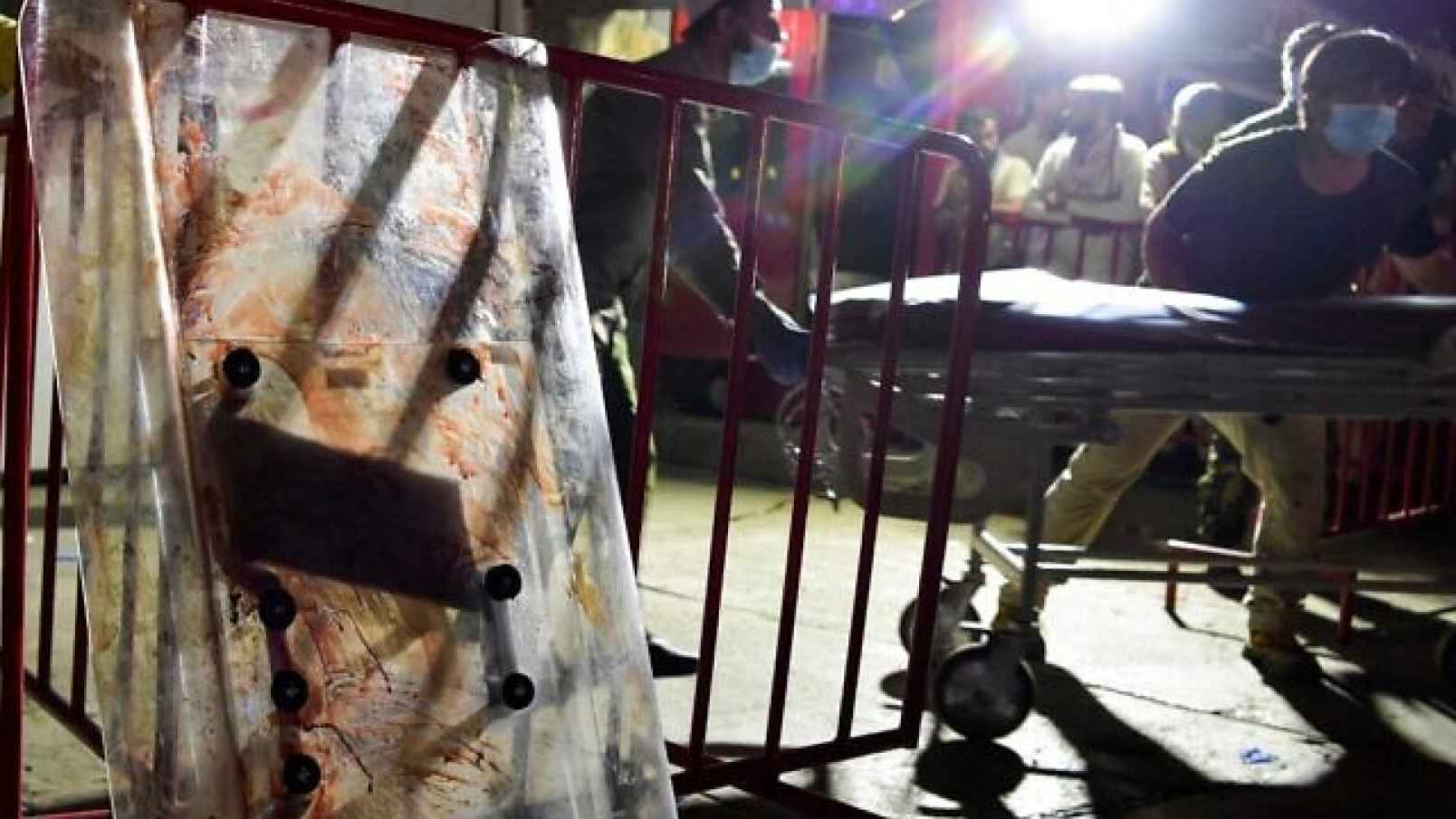 More American soldiers died in one week of Biden’s retreat than in the last two years of war.

9 American soldiers had died in combat in Afghanistan from August 2019 until now when over a dozen of our men were murdered in one single day during Biden’s shameful retreat.

Like so many of the American soldiers who were killed by the Taliban and their Al Qaeda allies during the Obama-Biden administration, and like the Americans murdered in Benghazi by Jihadists allied with Al Qaeda and the Muslim Brotherhood, they did not have to die.

American soldiers died because they were prevented from defending themselves.

Abandoning thousands of Americans behind enemy lines, the Biden administration turned the Kabul airport into Fort Apache surrounded by the Taliban, Al Qaeda, and other Jihadis.

Taliban Jihadists controlled checkpoints, checked papers, beat Americans, and entered the airport to “coordinate” security with American forces. Thousands of American citizens and soldiers were cut off from each other, able to meet only with the approval of the Taliban.

As warnings of an imminent ISIS-K attack grew, the Biden administration continued to rely on the Taliban to keep their fellow terrorists in check. This was the same treasonous mistake that led to the murder of Americans in Benghazi at the hands of an Islamic militia that was being paid to protect them from other Jihadis. It was also how the British lost thousands of soldiers during the disastrous retreat from Kabul in 1842. But Biden, Austin, and Milley remained blind to both recent and classical history about the perils of trusting the lives of your men to the enemy.

Even now with so many American soldiers dead, the Biden administration and its generals can only think of closer “security cooperation” with the Taliban showing that they learned nothing.

The Taliban and ISIS-K are feuding because ISIS-K consists of former members of the Taliban and the Haqqani Network. But that hasn’t stopped ISIS-K and the Taliban from cooperating by freeing each other’s members from prison during previous attacks.

When Biden abandoned Bagram Air Base, he not only threw away the best and most secure means for evacuating Americans, he also handed over thousands of terrorists imprisoned at Pul-e-Charkhi who included Al Qaeda and ISIS-K terrorists. It would not be surprising if the perpetrators or organizers of the Kabul airport attack turned out to have been imprisoned there.

The Biden administration and its cronies keep promising that the Taliban will fight ISIS-K.

Taliban units have gone back and forth from ISIS-K in much the way that our “good” Jihadis in Syria went back and forth between the Muslim Brotherhood, Al Qaeda, and ISIS.

When the Biden administration coordinates with the Taliban, there’s no way to know if it’s coordinating with the factions of the Taliban potentially sympathetic to ISIS-K.

But there’s no question that it’s coordinating with Al Qaeda.

The Taliban put Khalil Haqqani in charge of security in Kabul. The Haqqani network has been closely allied with Al Qaeda. The Wall Street Journal noted that, “prominent Taliban units with ties to the Haqqani network now operate within feet of U.S. troops securing the area. ”

Afghan officials from the former government have claimed that ISIS-K is just another mask being worn by the Haqqani network.

“Shahab Almahajir, the newly appointed leader of the Islamic State of Khorasan Province-ISKP is a Haqqani member. Haqqani and the Taliban carry out their terrorism on a daily basis across Afghanistan and when their terrorist activities do not suit them politically they rebrand it under ISKP,” former Afghan interior minister Masoud Andrabi had tweeted.

Just like in Libya and Syria, sorting through the complex web of alliances and enmities between Jihadist groups, is a long and difficult process with no ultimate truth at the end, only more lies.

The only sane thing to do is to trust none of them.

Turning over security around the airport to a group with ties to Al Qaeda was treason.

Biden entrusted the lives of American citizens and soldiers to a Jihadist organization, the Haqqani network, which was allied with Al Qaeda and Osama bin Laden.

Even now the Haqqani network is holding Mark Frerichs, a Navy vet, hostage.

The Biden administration not only failed to free Frerichs, but coordinated on security with his captors in the hope that they would protect American soldiers and civilians.

They even turned over lists of American citizens and Afghan allies to the Taliban to help them with their “security” arrangements in what has been described as a “kill list”.

An official defended the move by arguing that “they had to do that because of the security situation the White House created by allowing the Taliban to control everything outside the airport.”

That did not have to happen.

Biden made the decision to evacuate the military before the civilians. Then he rushed the military back, but refused to allow our soldiers to actually create a secure evacuation pathway.

The Taliban were put in charge of security to and around the airport. And even when the Taliban handed over security to a group allied with Al Qaeda and even possibly ISIS-K, the Biden administration and its incompetent appeasers in uniforms and suits went on trusting the Taliban.

Both in Benghazi and Kabul, the response was to lean harder on the goodwill of the Jihadis.

And in Kabul and Benghazi, Americans died because a treasonous administration put its trust in terrorists instead of letting American military personnel protect the lives of Americans.

Americans did not have to die at the hands of Islamic terrorists in Kabul.

Americans trying to reach the airport did not have to be beaten in the street by Taliban thugs.

The United States did not have to leave Afghanistan in an airport encircled by the enemy, while rushing to meet the Taliban’s August 31 deadline even if Americans had to be left behind.

These were decisions that Biden, his cabinet members, advisers and generals made.

They should be held accountable for them.

The failure to hold Obama accountable for Benghazi led directly to the tragedy in Kabul.

Appeasing Jihadists has become the cornerstone of the Obama-Biden foreign policy. Over a thousand American military personnel died during the Obama-Biden surge in Afghanistan because they were not allowed to defend themselves so as not to offend Muslims.

Why did Biden accede to the Taliban demand that we leave Afghanistan by August 31?

The same reason he turned over security around the Kabul airport to the Taliban.

So as not to offend the Taliban.

American soldiers didn’t die because they had to. They died because they weren’t allowed to protect themselves and their fellow Americans.

They died because Biden put the Taliban’s feelings ahead of the lives of American soldiers.

Since 2007, when Biden ran for president on a platform of surging soldiers and nation-building in Afghanistan to win the hearts and minds of the locals, he was selling out our soldiers.