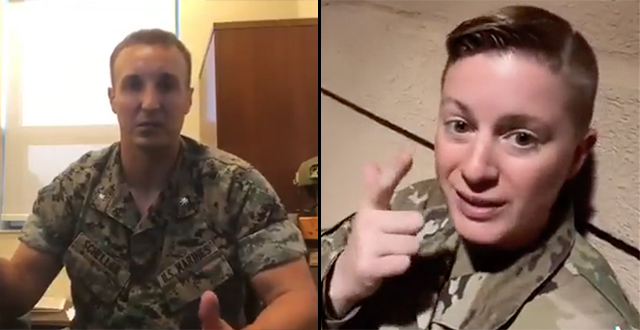 One spoke out against the Pentagon’s handling of the Afghanistan withdrawal and the other spoke out in favor of killing rebellious Americans under the Insurrection Act — you’ll never guess which one was immediately fired!

Marine Lt. Col. Stuart Scheller went viral on Friday for calling out the woke generals in the Pentagon who botched the Afghanistan withdrawal:

Bronson laughed it up after facing criticism on social media:

The army hasn’t said a word about it.