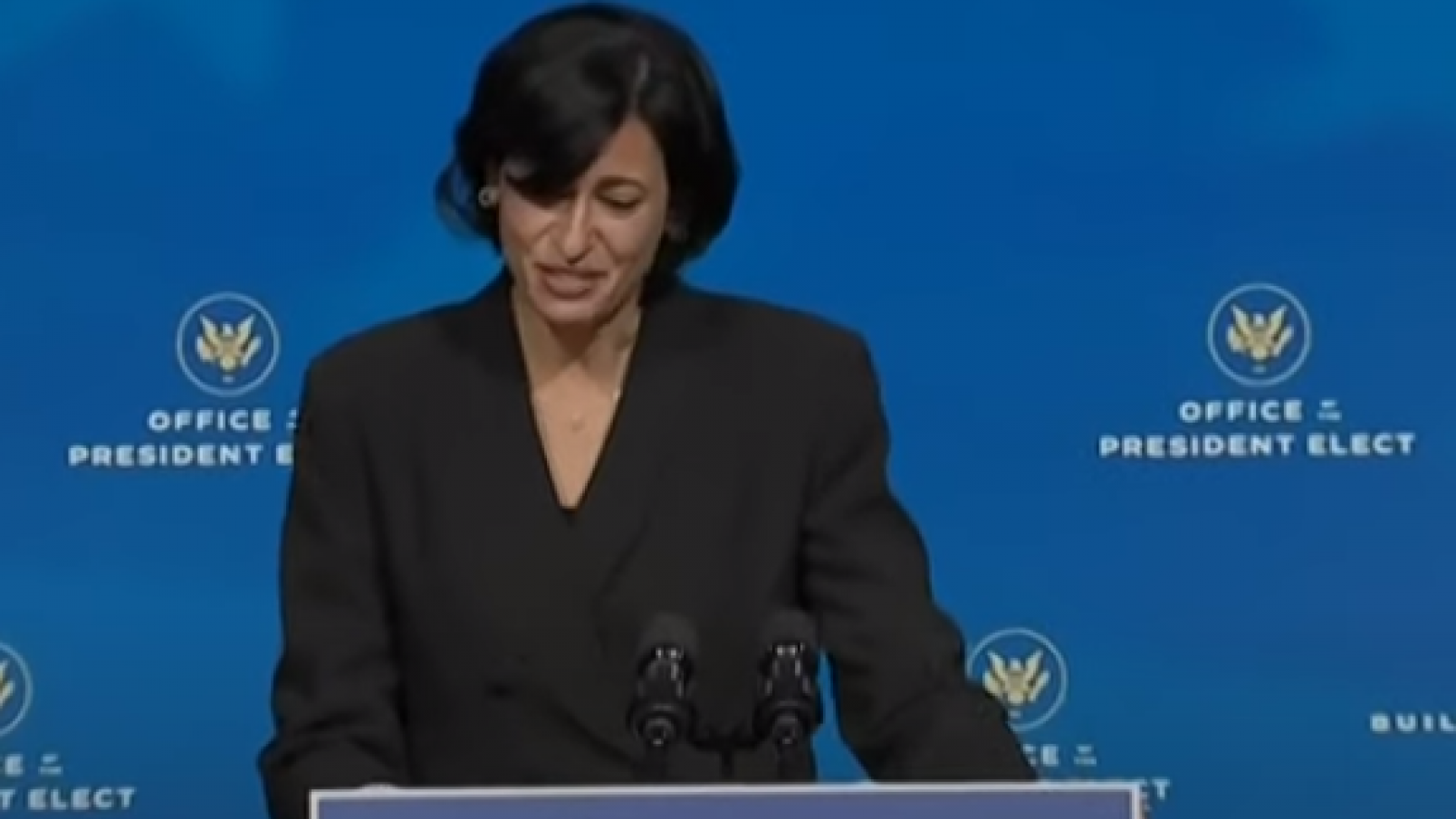 The timing for this couldn’t be any better.

The pandemic is raging and the CDC has lost much of its credibility by spewing double talk. Biden’s latest attempt to use the CDC to seize the property of millions of landlords was harshly rebuked by a liberal guy as mild-mannered as… Justice Roberts.

So it’s the perfect time for a gun control rollout by a failed and discredited agency.

CNN EXCLUSIVE ‘Something has to be done’: After decades of near-silence from the CDC, the agency’s director is speaking up about gun violence

The only intersection of the CDC and gun violence has been the false claim that criminals in prisons were uniquely vulnerable to the pandemic and had to be freed from prison.

But Walensky isn’t talking about prioritizing public safety, including the safety of 6-year-olds getting shot in Chicago, over the health of 23-year-old gang bangers.

As a dog returns to its vomit, Walensky returns to attacking the Second Amendment. After having wreaked havoc on the First Amendment, it’s time for the Second.

“Something has to be done about this,” CDC Director Dr. Rochelle Walensky said in an exclusive interview with CNN. “Now is the time — it’s pedal to the metal time.”

Stop me here, but the CDC’s pedal isn’t anywhere near the floor on its core responsibilities, like filling the country with illegal aliens carrying COVID-19 and other diseases.

Having failed miserably at every aspect of handling the virus, Walensky is lecturing us about our civil rights.

“The scope of the problem is just bigger than we’re even hearing about, and when your heart wrenches every day you turn on the news, you’re only hearing the tip of the iceberg,” Walensky said. “We haven’t spent the time, energy and frankly the resources to understand this problem because it’s been so divided.”

Also crime isn’t within the CDC’s ambit. Much like eviction bans.

“I swore to the President and to this country that I would protect your health. This is clearly one of those moments, one of those issues that is harming America’s health,” Walensky said.

The CDC has “disease” in its name. Violent attacks are not a disease.

For example, the CDC is spending $2,224,482 to fund a surveillance mechanism that tracks, in nearly real time, the number of people coming into emergency rooms with nonfatal gunshot wounds. It collects data on the intent of the injury — documenting, for example, whether it was self-inflicted, unintentional or related to an assault.

Don’t ask the CDC to do its damn job. When disease outbreaks hit, it’s inept. But CDC Dems are happy to steal from taxpayers to provide data for Bloomberg’s gun groups.

Walensky said much of CDC’s research will be engaged in understanding the root causes of gun violence.

The vast majority of shootings of other people are committed by gang members in urban areas.

She said she doesn’t want people to think she is trying to take away their guns.

She invited gun owners to be part of the solution.

I’m not sure this could be any more condescending.

While Walensky said she worries that just saying the word guns or talking about firearms could anger many Americans, she said she’s committing to pursing the gun violence research.

“I also worry that if we don’t do anything about it, we have a whole sector of the United States that gets really angry,” she said. “This is one of the leading killers of our young people in this country. It’s a high priority.”

Considering the CDC’s track record with its high priorities, gun owners may not have too much to worry about.