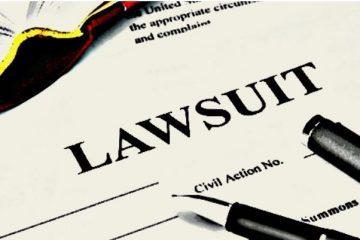 This comes as no surprise as the unconstitutional Food and Drug Administration’s two step with Big Pharma is so blatant that even the sheeple should be able to see it at this point. Following the announcement this week of approval for a shot, fraudulently labeled as a vaccine, that isn’t even on the market in the united States, Robert F. Kennedy’s Children’s Health Defense will be filing lawsuit against the FDA’s “premature, arbitrary, and capricious” approval of the Pfizer-BioNTech COVID vaccine for people aged 16 and up.

If you recall, the FDA announced on Monday it had approved the shot, but the confusion came during the midst of the approval as what was actually approved was the BioNTech shot, which is currently not on the market in the US. Furthermore, attorney Robert Barnes explained that the approval of a shot not even on the market in the US means that all Emergency Use Authorizations remain in place in the US for all the COVID shots rather than all EUAs being removed due to a genuine approval.

Children’s Health Defense (CHD) is challenging the Food and Drug Administration’s “premature, arbitrary, and capricious” approval of the Pfizer-BioNTech COVID vaccine for people aged 16 and up.

On Monday, the FDA announced the Pfizer-BioNTech COVID-19 vaccine will be marketed as Comirnaty, protecting against COVID for those aged 16 and up. Individuals between ages 12 and 15 may continue to get the vaccine, but it remains approved only under emergency use authorization currently.

Immediately following this announcement, CHD announced it intended to challenge the agency’s decision. CHD president Mary Holland accused the agency of putting the interests of the pharmaceutical industry over Americans.

“With over 13,000 reported deaths from COVID shots, we are deeply concerned about the impact on health, both short- and long-term,” she said. “We intend to challenge this approval and licensure. We do not believe that this approval will significantly affect the trajectory of the pandemic, as we know that these shots are less than 50% effective against the variant in circulation now.”

Mike Adams, the Health Ranger, talked about all this in a recent episode of “Brighteon Conversations.

Yes, I know, most politicians, including the illegitimate man in the People’s White House, get money from Big Pharma, but I put emphasis on this because Trump’s followers think the man can’t be bought off, but he was…

…and not just by Pfizer.

Though one may disagree with Kennedy’s political leanings, what the man has done to expose the corruption and even murderous intent of those behind vaccines and these COVID gene therapy shots is commendable.