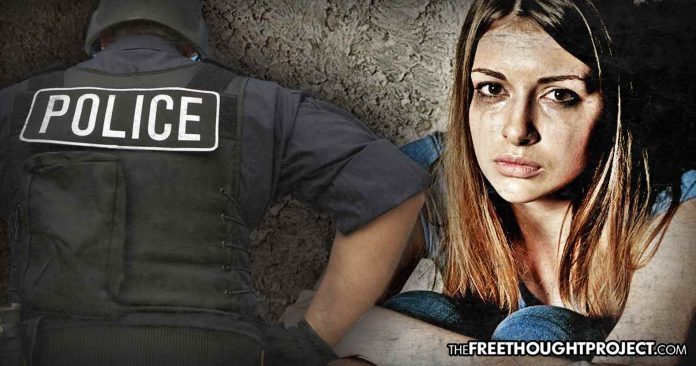 Tallahassee, FL — Phillip Golightly, 39, of Quincy, Florida, was sentenced last week to federal prison for the repeated on-duty sexual assault of multiple women. The serial rapist will be behind bars at the Federal Correctional Institution in Tallahassee for just 24 months for abusing his badge to abuse his victims.

Golightly — whose last name tended to predict his prison sentence — pleaded guilty to the sexual assaults in October of last year. The sentence was announced on August 27 by Jason R. Coody, Acting United States Attorney for the Northern District of Florida.

According to the Department of Justice, while employed as a U.S. Bureau of Prisons Correctional Officer, Golightly sexually assaulted female inmates who were then under his custodial, supervisory, and disciplinary authority at the Federal Correctional Institutions in Marianna and Tallahassee, Florida.

He’ll now be locked in the same prison he used to abuse the women under his supervision.

According to the US Attorney, Golightly’s prison sentence will be followed by 5 years of supervised release. He will also be required to register as a sex offender and will be subject to sex offender conditions.

Though he originally faced 15 years, his badge apparently granted him special privileges and he will be a free man in less than 24 months. Meanwhile, his victims who he attacked while they were caged under his authority will have to live with the fact that their abuser will be free — possibly before them.

Sadly, as TFTP reports on a regular basis, Golightly’s case is anything but isolated.

Indeed, one need only browse through our archives to see the brutal reality that is police sexual misconduct. Arguably, the reason it is so pervasive is the fact that they can get away with it with little to no consequences.

Weekly or more, TFTP reports on police officers who get arrested by fellow cops on charges of everything from trafficking in child pornography to child rape to running child sex trafficking rings. Some of these officers are low-level cops like Avo Marzwanian, 34, of LaPlace, Louisiana who was charged last year with 10 counts of distribution and 20 counts of possession of child pornography involving juveniles under the age of 13 along with 15 counts of sex abuse against animals.

Other child predators fill the top position in their department like Anthony “Tony” Yocham, who is the police chief in Hamilton, Texas, arrested last year on charges of continuous sexual abuse of a child.

Just down the road from where Yocham is the chief of police, TFTP reported on a cop in Dallas, Sr. Cpl. Daniel Lee Collins who pleaded guilty to uploading sexual photos of underage girls to various Google accounts using the City of Dallas internet network.

The list goes on. Sadly, when TFTP attempts to tell the world about these issues, we are banned, deleted, unpublished, or have our social media accounts throttled — which is happening right now.