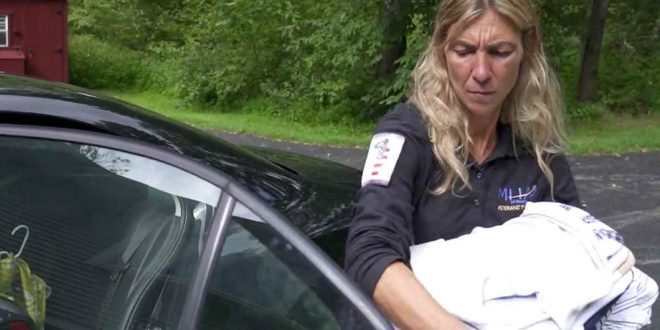 New York — Brandie LaCasse served her county in the Air Force and after she was honorably discharged, she worked her butt off to purchase three properties in upstate New York. Like many small-time landlords, LaCasse was hit hard during the coronavirus epidemic as the government shut down the economy, causing unemployment to sky rocket, and many renters were unable to pay their bills.

LaCasse is one of many landlords who have found themselves in a dire situation thanks to the irresponsible nature of the government’s eviction moratorium.

Contrary to what many believe, most landlords are not mega rich property owners and live modest lifestyles.

In fact, according to an analysis by the Brookings Institute 40 percent of residential property units are owned by individual investor landlords. Among those owning residential investment property, roughly a third are from low- to moderate-income households; property income constitutes up to 20 percent of their total household income.

Because LaCasse is not some mega-rich firm able to offset the cost of the moratorium using other corporate welfare projects, when her tenants stopped paying, she stopped making money. After several months with no income, LaCasse was unable to pay for a roof over her own head. She is now homeless.

LaCasse is owed more than $23,000 in back rent and she will likely never see any of it thanks to the backward structure of the US government. Whilst spending $2 billion a day on war, and telling people they don’t have to pay their bills, the feds left people like LaCasse out in the cold.

Despite the feds claiming they were going to help landlords whose tenants weren’t paying, CBS reports that nearly 90% of rental assistance funds allocated by Congress has not been distributed, according to the Treasury Department.

“I don’t understand how they can give my private property to somebody to live for free. I bought that property. I fixed it up with my blood, sweat and tears,” she said.

According to a study from the Joint Center for Housing Studies out of Harvard University, 10 percent of all landlords collected less than half of their yearly rent in 2020. What’s more, contrary to the anti-landlord crowd on the internet, it wasn’t the large property owner firms who were affected — it was mom and pops.

According to the study:

Smaller landlords (1-5 units) most likely to have tenants deeply behind on rental payments. While instances of severe non-payment grew the most for mid-sized owners, small owners had the highest exposure to deep tenant arrears because they were more likely to face this challenge prior to the pandemic.

“One thing that’s very clear is we have no housing safety net,” said the report’s co-author Vincent Reina, a housing policy expert and professor at the University of Pennsylvania, according to CBS. “We’re forcing low-income households and owners to essentially bear the cost of that in this current moment. And that’s unfair to both parties.”

This lack of income is now being passed to the small business landlord who will then default on their loan payments and these houses will be repossessed by the banks. Given that the majority of rental homes are owned by individual “mom and pop” operations — not massive real estate companies — the resultant defaults could be catastrophic. Bank owned homes will likely not be subject to any such moratorium and the occupants will be thrown out on the street.

One would think that the government would be paying attention to these food and housing crises and take action to prevent the inevitable collapse that will ensue with their current policies in place. That action would come in the form of rental assistance or other relief packages that could prevent such a devastating chain reaction of default and subsequent eviction. Unfortunately, however, government is gonna do what government is gonna do and it has taken no action to prevent the inevitable chaos.

As the left and the right ignore the mass suffering of their constituents and ensure a massive economic collapse in the near future, they have and always will agree on one thing — war. Despite the withdrawal from Afghanistan, on Wednesday, the U.S. House of Representatives Armed Services Committee backed a proposal to increase spending for the Department of Defense by about $25 billion, more than the $715 billion proposed by the Biden administration.

The increase in military expenditures received bipartisan support. But, by all means, keep thinking there is a difference between the two parties.