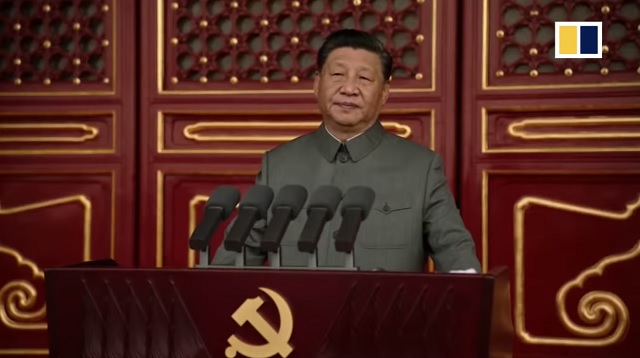 Chinese President Xi Jinping is cracking down on every element of the liberal world order used to subvert our societies and forming the most “intensely nationalistic” country in the world.

There’s a reason George Soros just weeks ago once again labeled Xi “the most dangerous enemy of open societies in the world.”

Our media doesn’t want to lay out all the common sense reforms Xi has instituted over the past few weeks because they don’t want us to get any ideas.

Anti-white “wokism” is our only state ideology and all that goes against it must be silenced or destroyed.

Nonetheless, some anon on 4chan laid it all out in a thread on Friday:

China did all this in 1 week. ONE WEEK. 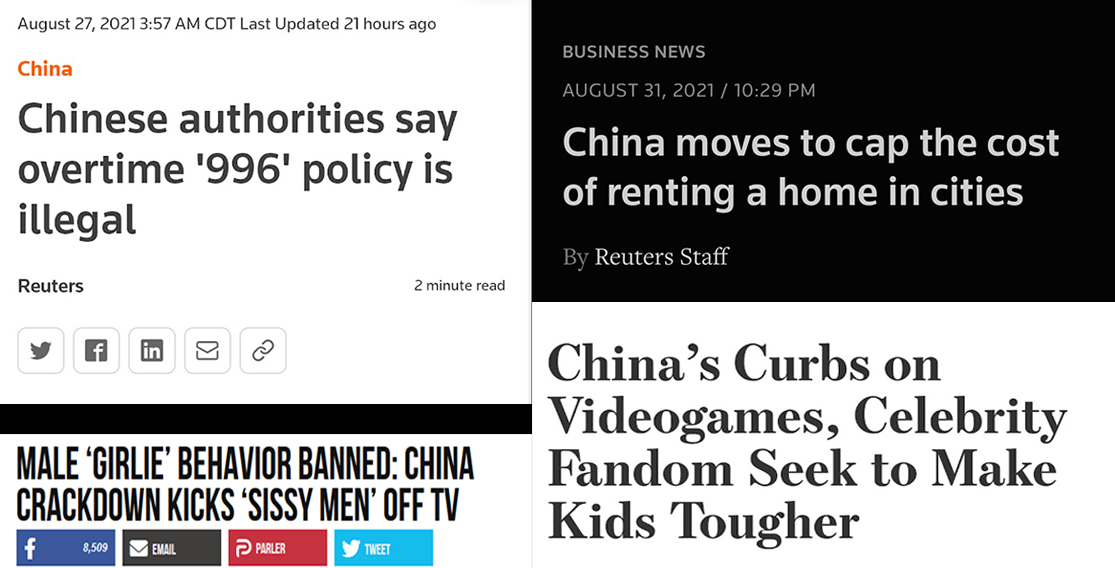 1) Major crackdown on social media companies, as the CCP believes social media is corrosive and stops people from meeting one another in real life. Overnight, they annihilated 6 of the 7 top internet companies.

2) Education reforms – ban on private tutoring, children now to start education at age 6, giving them more time at home with their parents, ban on foreign teachers who aren’t residents of China, ban on companies that teach the curriculum outside of school hours.

3) Video games – The party has announced that video games are a “spiritual opium” and have started rounding up people who are addicted to video games to send them to treatment centers. Additionally, video games on app stores for children are now banned. Children also limited to 3 hours per week of video game play.

4) End of 996 culture – legal limit to 40 hour work week, with maximum 10 hour shifts. Family life is to be given new centre by companies. 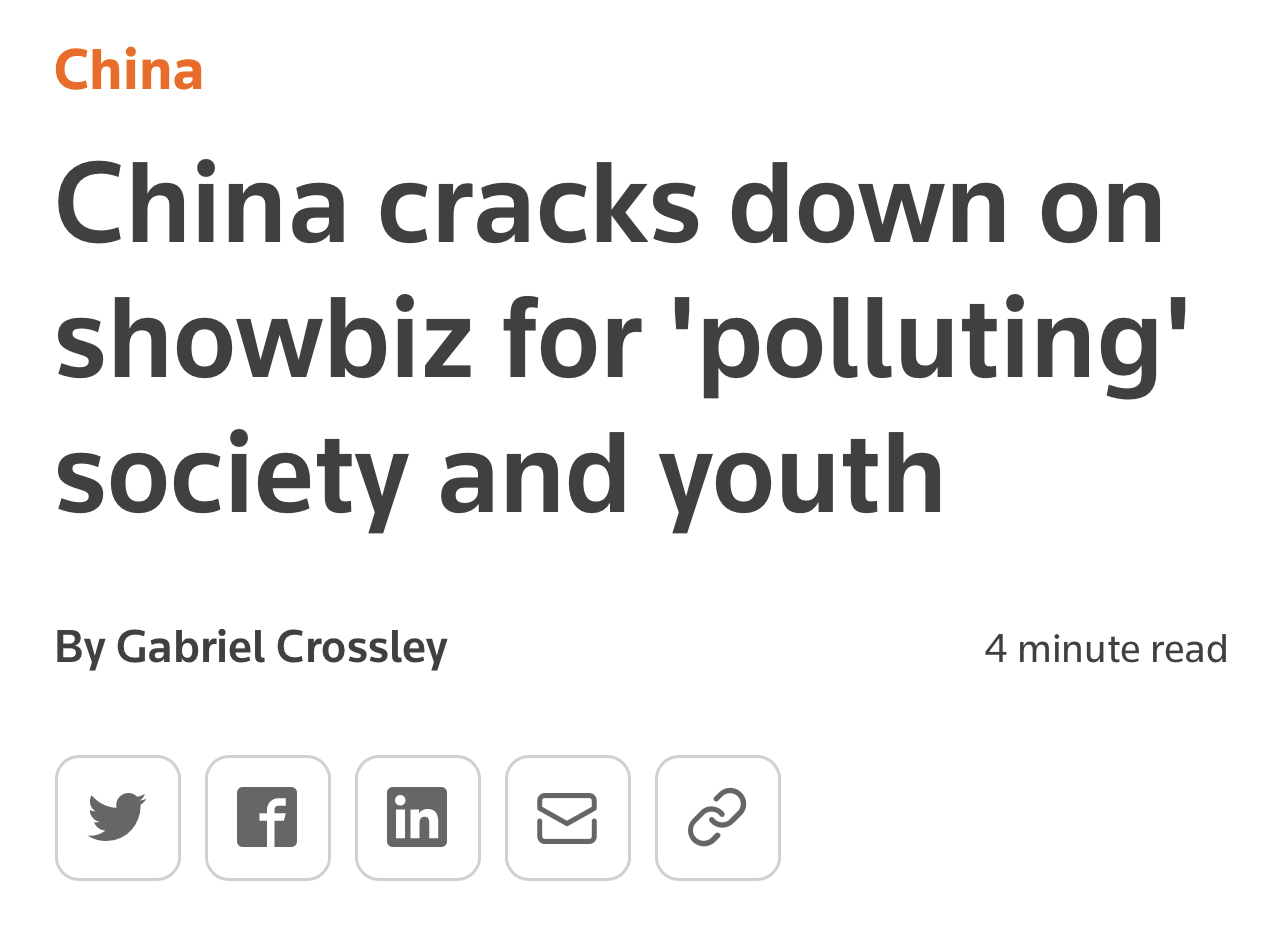 5) The creation of a “masculine and feminine” school curriculum, with girls being educated to be good mothers and boys being taught to be masculine and strong. CCP demands a “revolutionary and warlike spirit” from young men. 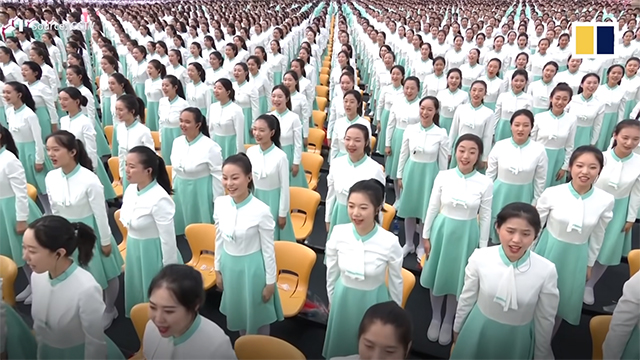 6) Cash-for-children, housing, social welfare, education and careers will be linked to the number of children that you have. The more children you have, the cheaper things will be for you and the easier you will find it to get promotions at work.

7) Weekends – Chinese companies will now be required to give 1 day of paid leave per week to ensure parents spend time with their families.

8) Festivals – the CCP will require unmarried men and women to attend festivals were they will be told to seek partners for marriage. These festivals will be held as part of the working environment and so will be paid for by companies in China.

9) Paid leave – Chinese couples who have a child will now receive 12 months of paid leave [Note: I couldn’t find a source to confirm 12 months but I did find one saying mothers can get up to 6 months].

10) Internet use – to stop the rise of a “hikkimori” culture in China, individual internet use will be restricted so that you cannot spend more than 30 minutes online in one session, with a 30 minute cooldown timer.

11) Chinese school education will add a focus on patriotic education, teaching the history of China with a view that China needs to reclaim its centership of the world.

Tell me, what has your government done for you this whole ass year? I thought the commies were supposed to be the bad guys. Tired of winning yet?

As I noted last month, whereas nationalists are banned from social media and have their bank accounts closed in the West for challenging the state, in China they ban “LGBT influencers” and Soros-funded NGOs.

Whereas OnlyFans is the fastest growing influencer platform in the West, China has had pornography banned for years and Xi just recently cracked down on simping.

Whereas Xi is sacrificing economic growth to advance his people’s health our government is labeling us all as “terrorists” in line with the Taliban who need to have all our rights stripped for opposing globalist rule.

Conservative “influencers” and Fox News want us to think China is our greatest enemy rather than the subversives in our own government working to destroy us.

China is just laughing about it all as they advance towards world domination using the old common sense ideas our subverted Western governments’ have abandoned!