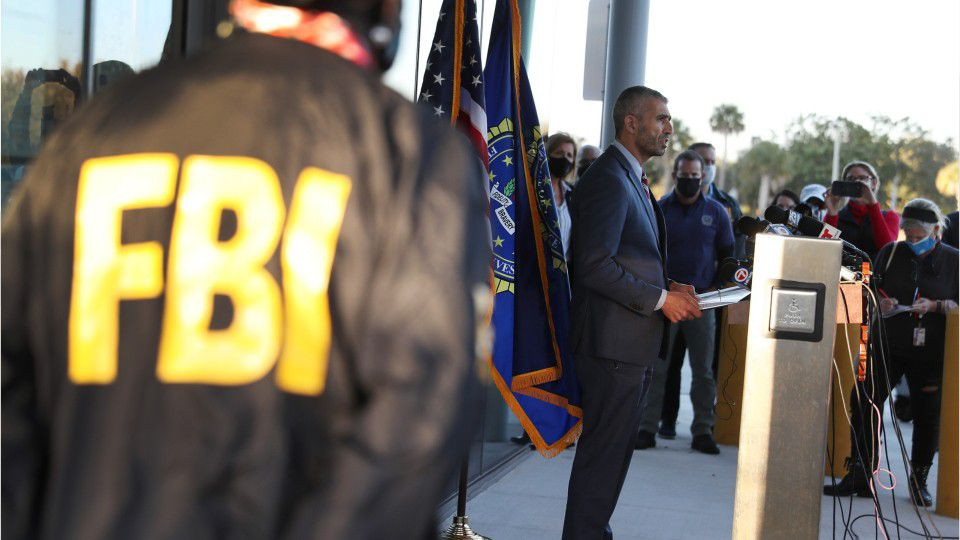 When you think of all the crimes being committed upon children today, you have to ask where this is coming from and how it is that it continues with such a high hand (Proverbs 28:5).

We have all heard whatever starts at the top surely goes to the bottom (Luke 17:2), and so it does.

For those who are aware of the truth when it comes to the crimes of the F.B.I., here is yet another blow to their much-diminished credibility (2 Corinthian 11:14-15).

According to WTOC.com:  FBI agent arrested for crimes against children.

TALLAHASSEE, Fla. (WCTV) – The Franklin County Sheriff’s Office says an arrest warrant has been issued for an FBI agent on a slew of criminal charges, including sexual battery.

FCSO says FBI Supervisory Special Agent David Harris, 51, who was tasked with investigating crimes against children, including child pornography, is currently incarcerated in Louisiana and is facing charges of indecency with a child, crimes against nature and sexual battery.

Officials say a complaint was made to the department in February of this year regarding Harris who exposed himself in a lewd and lascivious manner to a then 14-year-old girl in July of 2019 while on St. George Island for a family vacation.

According to authorities, evidence was found during an investigation into Harris that led to other felonies committed by Harris of a sexual nation with minors and adults in the states of Louisiana and Texas, causing a joint investigative task force to be started by the Louisiana State Police and the Texas Department of Public Service.

Authorities say records obtained from Harris’ government-issued electronic devices found conversation excerpts from Harris claiming is sexual preference to underage girls and admitting to incidents, including what was alleged while on vacation on St. George Island.

Harris was arrested earlier this summer in Ascension Parish, Louisiana and has outstanding arrest warrants out of East Baton Rouge and Orleans Parish, Lousiiana, as well as Tyler, Texas.
Officials say the FBI has dismissed Harris’ employment.