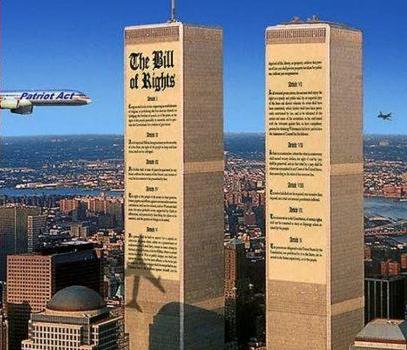 Share
Tweet
Share
Pin
Nothing upset the Washington Beltway elites more than when in a 2007 presidential debate I pointed out the truth about the 9/11 attacks: they attacked us because we’ve been in the Middle East, sanctioning and bombing the civilian population, for decades. The 9/11 attackers were not motivated to commit suicide terrorism on the Twin Towers and Pentagon because they dislike our freedoms, as then-President Bush claimed. That was a self-serving lie.

They hated – and hate – us because we kill them for no reason. Day after day. Year after year. Right up until just a few days ago, when President Biden slaughtered Zemari Ahmadi and nine members of his family – including seven children – in Afghanistan. The Administration bragged about taking out a top ISIS target. But they lied. Ahmadi was just an aid worker, working for a California-based organization, bringing water to suffering Afghan village residents.

This horror has been repeated thousands of times, over and over, for decades. Does Washington believe these people are subhuman? That they somehow don’t care about their relatives being killed? That they don’t react as we would react if a foreign power slaughtered our families?

Former Secretary of State Madeleine Albright famously suggested in an interview that killing half a million Iraqi children with sanctions designed to remove Saddam Hussein from power was “worth it.” It was an admission that the lives of innocents mean nothing to the Washington elite, even as they paint their murderous interventions as some kind of “humanitarian liberation.” The slogan of the US foreign policy establishment really should be, “No Lives Matter.”

The Washington foreign policy elites – Republicans and Democrats – are deeply corrupt and act contrary to US national interests. They pretend that decades of indiscriminate bombing overseas are beneficial to the victims and keep us safer as well. That is how they are able, year after year, to convince Congress to hand over a trillion dollars – money taken directly and indirectly from average Americans. They use fear and lies for their own profit. And they call themselves patriots.

The Washington establishment lied to us because they did not want us to stop for a second and try to understand the motive for the 9/11 attacks. Police detectives are not apologists for killers when they try to look for a motive for the crime. But the Washington elite did not want us to think about why people might be motivated to suicide attack. That might endanger their 100-year gravy train.

What was the real message of 9/11 to Americans? Give up your freedoms for the false promise of security. It’s OK for the government to spy on all of us. It’s OK for the TSA to abuse us for the “privilege” of traveling in our own country. We must continue to bomb people overseas. Don’t worry it’s only temporary.

So, twenty years on what have we learned from 9/11? Absolutely nothing. And we all know what the philosopher George Santayana said about those incapable of learning from history. I desperately hope that somehow the United States will adopt a non-interventionist foreign policy, which would actually protect us from another attack. I truly wish Americans would demand that their leaders learn from history. The only way to make us safe is to end the reign of the Washington killing machine.

Copyright © 2021 by RonPaul Institute. Permission to reprint in whole or in part is gladly granted, provided full credit and a live link are given.
Please donate to the Ron Paul Institute